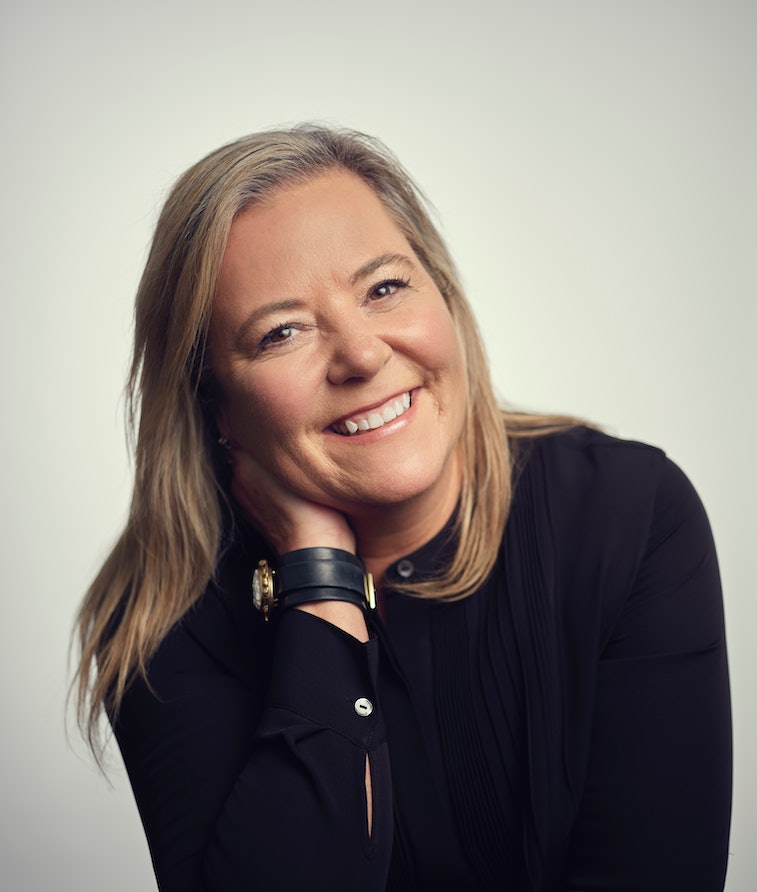 Heidi O’Neill began her career at Nike more than 20 years ago as a Marketing Director in Apparel. Today, as President of Consumer and Marketplace, she’s one of the company’s most powerful higher-ups, overseeing its direct-to-consumer, retail, e-commerce, and apps businesses.

In other words, O’Neill is responsible for basically every experience people have when they shop or use Nike products — from its SNKRS and fitness apps, to the high-tech stores it is opening all over the world.

This can be a tough, stressful role in the middle of a global pandemic that's intensified the need to protect consumers and employees, created economic uncertainty, and which led Nike to temporarily close stores worldwide as early as February. For a brand whose business depends largely on the success of its retail network, an outbreak of the magnitude we’re witnessing could be quite problematic to its bottom line.

At the same time, these trying times present an opportunity for Nike, one with major implications as society moves into a “new normal” in which people avoid human interaction and opt to shop or workout from home, more so than they did before COVID-19 came into the picture. So, how can the sportswear giant maintain its healthy business, while simultaneously ensuring that it keeps customers and employees safe, both from a physical and mental standpoint? It’s a hard balance to figure out, but that’s the challenge ahead for O’Neill and Nike.

“While the difficulty and hardship of living through history isn't lost on anyone, it is also a catalyzing moment where we can learn,” O’Neill told Input in an interview. “And something I believe in personally is the power of moments, so I am really interested in what this moment can teach us both as individual leaders and as a company. We have always been mission-driven and it’s been our compass as we’re navigating through this time and helping people stay connected to the pure joy of sport.”

“It is also a catalyzing moment where we can learn.”

On her latter point, about connecting people with sport in the age of social distancing, O’Neill points to Nike’s decision to make the paid version of its Nike Training Club service free to everyone in the U.S. for the foreseeable future. NTC Premium, which previously cost $15 per month, gives users access to on-demand, class-style workouts, programs, and tips from professional Nike Master Trainers on mindfulness, nutrition, recovery, sleep, and more.

She also said Nike sees an opportunity in video-streaming, in particular sites like YouTube, where the company has been doing weekly live classes hosted by a number of its expert trainers. O’Neill says some of those YouTube streams — which are completely free and include things like yoga classes — are garnering over 800,000 views. “We're learning that people want to workout at home, but they also want to work out together,” she added, noting that the next step is to bring dance and run activities into the livestreams.

Speaking of running, O’Neill said Nike’s Run Club app added over 1 million new users in March, along with a 42 percent increase in runs logged. That means that, even during a global pandemic, people are trying to stay active indoors and outdoors, which for Nike means it can hopefully translate that engagement with its apps into sales. And, since the majority of its stores are closed, Nike has also shifted “high-heat” (aka rare) shoe drops exclusively to its SNKRS app. O’Neill says the company has recommended its partners do the same on their own sites and applications, in order to keep people safe.

These digital initiatives are all part of Nike’s plan to offset the loss of business at its retail spaces, a problem that will continue to affect brands everywhere until cities and countries ease their social-distancing restrictions. In an earnings call in March, Nike CEO John Donahoe said that, after reopening the majority of stores in China, “We now have a playbook we can use elsewhere.” That “playbook” refers to Nike doubling down on pushing its products through its website and apps, which helped the company grow its digital business by 36 percent year-over-year.

Whether it's the SNKRS, NRC, or NTC apps, or videos on YouTube, O’Neill says Nike will continue to monitor how people are using these apps and use that data to shape the future of its business, post-pandemic. “We [see] this as a groundswell,” O’Neill said about how people are using Nike’s fitness apps now more than ever. “It’s an opportunity to encourage athletes to basically make sport a daily habit and be part of their life wherever they are.”

“From a safety perspective, consumers will have new expectations.”

Over the last few years, Nike has been working to bring digital elements to its retail stores with features like Instant Checkout, which lets customers buy items through the Nike app and pick them up at their local store without any interaction with employees — much like Apple does at its stores. And while this wasn’t designed as a safety-first measure, it will come in handy in a world in which people may not want to interact with others out of fear of getting sick.

“The expectation of a shopping experience will increase after the crisis, and I think it'll go two ways,” says O’Neill. “It will be accelerated in terms of the physical-digital connection, and being able to use your mobile phone for experiential services. But then just from a safety perspective, consumers will have new expectations, and I'm sure you're seeing this in your grocery stores and the few places [when] you are out and about now.”

As for what that might look like in practice at Nike stores, O’Neill only said that, along with preferences that have long been part of traditional shopping outings, “safety will become a new expectation in terms of service too.” She added, “Just think about the joy of buying online, picking up in-store, but not getting out of the car.”

Still, O’Neill added that in places where Nike stores are up and running, the company is seeing promising foot traffic, a sign that at least some consumers aren’t ready to give up on physical shopping just yet. “The thing I'm committed to with our team is to make sure we keep the consumer at the center,” she said. “This crisis has pushed innovations in the digital ecosystem, in the store ecosystem, and how they connect together forward in a really positive way for consumers.”

Every step of the way, even with its donations to help COVID-19 relief efforts, Nike has to be careful to not come off as tone-deaf as it tries to keep consumers on its apps or visiting its stores — and O’Neill is fully aware of that. “If we had thought about leading with launching a new product, it would've been lost in people's lives,” she says, in regards to Nike campaigns like “Play Inside, Play to the World,” which encourages individuals to stay safe and active at home.

“Consumers will reward us with their trust, respect, passion, and business eventually," says O'Neill, "but only if we provide them with what they need [at] the time.”