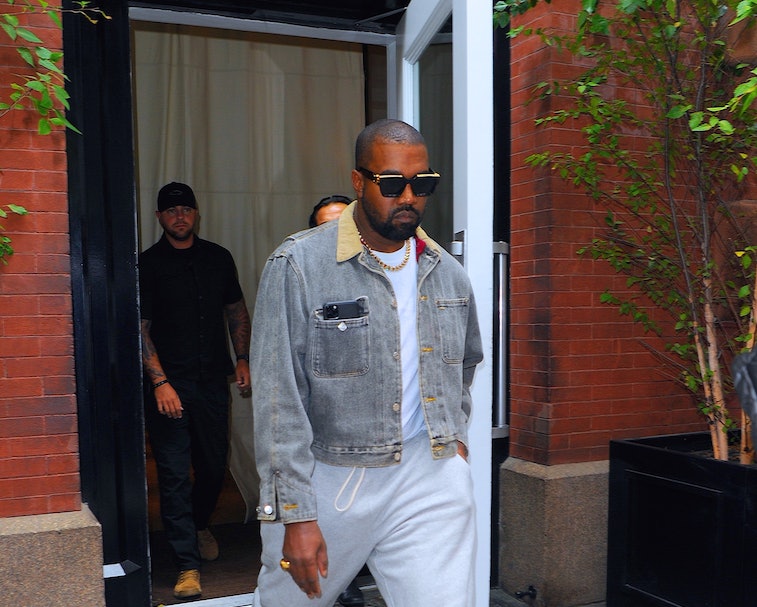 Another day, another set of peculiar tweets from Kanye West. This time around, the producer-turned-rapper-turned-designer-turned-politician is blowing people's minds with his unexpected positive thoughts on Nike, the biggest competitor of the other sportswear giant he's supposed to represent, Adidas. On Twitter this week, West took a break from sharing pictures of his wild, sci-fi Yeezy prototypes to tweet about a Nike sneaker instead: the "Road Warrior," a $500 silhouette that looks as if it came straight out of the Mad Max or Terminator cinematic universes.

Kanye being into products other than his own Adidas' Yeezys is nothing new, but it surprising to see him being full of praise for Nike, a brand he has described as having a "heartbreaking" relationship with after parting ways in 2013. According to West, who inked a multi-year Yeezy partnership with Adidas in 2016, that breakup with Nike was due to the company refusing to pay him royalties for his Nike Air Yeezy line.

In the following years, Kanye's anger toward Nike became so apparent that he dedicated an entire song from his album "Life of Pablo" to the brand and talked about how "Yeezy just jumped over Jumpman" — a reference comparing his Three Stripes Yeezy collaboration to Jordan Brand, which is owned by Nike. "Herzog and Adidas, man you know they love it. If Nike ain't have Drizzy [Drake], man they wouldn't have nothin'. If Nike ain't have Don C, man they wouldn't have nothin'," said West in his track, entitled Facts. "Nike, Nike treat employees just like slaves. Gave LeBron a billi' not to run away."

Does Yeezy miss the Swoosh? — Still, despite those strong words from 2016, West has always had a deep love for Nike — if Mark Parker, then CEO, would've given him the deal he wanted, it's likely Kanye would still be a part the Swoosh family, along with Drake, Travis Scott, LeBron James, and other A-list artists, celebrities, and athletes.

As for the Road Warriors, considering how futuristic their design is, it's no surprise Kanye loves them and wants them for himself. But, after the way things ended with Nike, there's probably zero chance that anyone from the brand ships him the pair he so desires. The great news for Kanye is that, although the sneaker sold out in seconds on Nike's SNKRS app, he has enough money to pay resale price for them — let's just hope he doesn't use any money from that PPP loan his Yeezy brand, somehow, managed to get.

Do hypebeasts want to rent their clothes? The Rotation is betting on it.