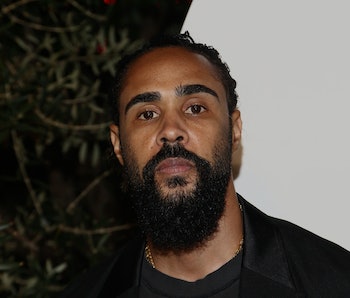 While 2020 has been a rough year for most, Jerry Lorenzo has thrived. The designer, who established his brand Fear of God in 2013, has been on a steady rise since, collaborating with Kanye West and Justin Bieber, partnering with Ermenegildo Zegna to redefine tailoring, and launching an Essentials collection. Now, he’s continuing his streak with a long-term partnership with Adidas. Lorenzo will drive the creative and business strategy globally for the brand’s basketball division.

The partnership disrupts Lorenzo’s longtime work with competitor Nike, which he most recently collaborated with to create — get this — a basketball collection. The capsule dropped just last month, including Nike and Lorenzo’s sneakerboot Air Fear Of God 1, which first debuted in 2018. In addition to the iconic sneaker, Nike and Fear of God created the Air Fear of God Raid, the Air Fear of God Moc, and the retro Skylon 2. Fear of God also collaborated with Converse earlier this year, as well as Vans in 2016 and 2017. Both brands are subsidiaries of Nike.

A safe bet — While some might criticize Lorenzo for betraying longtime partner Nike, the brand didn’t seize its opportunity to strike a long-term deal with the designer. In an episode of Complex’s Sneakers Podcast in June, Lorenzo spoke on negotiating a possible long-term deal with Nike.

In a press release, Lorenzo said the purpose of the partnership was “to truly multiply our nuanced strengths to revolutionize the performance basketball industry forever.” According to him, “Adidas and Fear of God share the same dream for the future of basketball, on and beyond the court, and we look forward to changing the face of the industry through a new model that will unfold before us in the coming years.”

The press release also confirmed that this new deal would help establish Fear of God Athletics, the third offshoot of Lorenzo’s brand alongside its main collection and Essentials. It’s not clear yet whether the products created with Adidas will be co-branded or exist under Adidas’s main product lines, but the possibilities of this partnership seem promising.

Future footwear — Adidas' basketball business is based out of the brand's North American headquarters in Portland, Oregon, but will soon be moved to Los Angeles to align with Fear of God, which is based in the city, a source told Complex. Adidas leadership is hopeful that Lorenzo’s impact will benefit the brand’s basketball business, which has slumped over the past few years.

"The global impact that Jerry Lorenzo and Fear of God has had on culture and the industry is undeniable. Jerry is a creative visionary and embodies a true expression of the entrepreneurial spirit today," said Adidas executive board member Brian Garvey. "Jerry's authentic connection to sport, deep understanding of the footwear industry and past, and ability to reinterpret heritage and visualize the future excites us. We look forward to working with him to inspire the next generation of basketball creatives, athletes, and communities."

For now, the deal puts an end to any future product with Nike — you never know what you have until it’s gone.