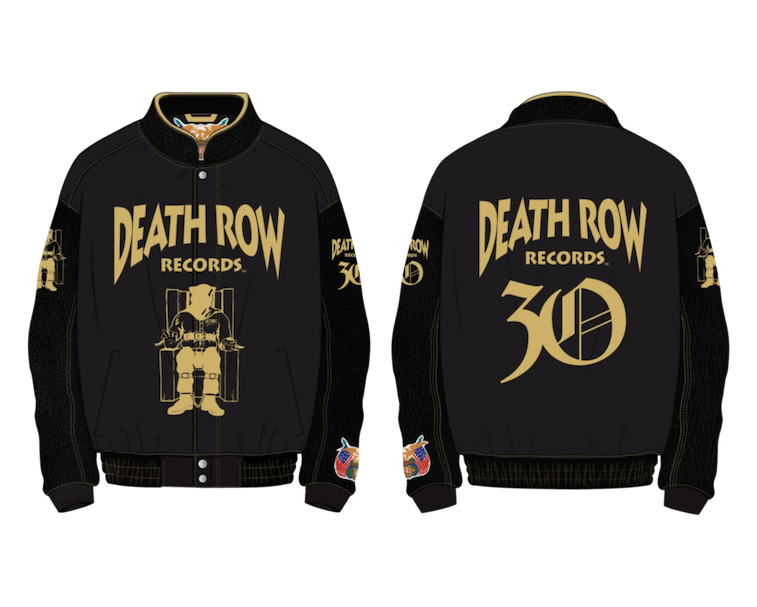 Fans of ‘90s hip-hop are in for a treat, as Jeff Hamilton has made one of his iconic leather jackets to celebrate the 30-year anniversary of Death Row Records.

Basketball fans from the ‘90s and ‘00s will be well familiar with the work of Hamilton, whose patch-covered NBA Championship jackets have been worn by the likes of Michael Jordan and Kobe Bryant. His colorful creations are synonymous with success, and Hamilton is also responsible for many of the NASCAR jackets that were super trendy roughly five years ago.

For Death Row — once home to Tupac, Dr. Dre, and Snoop Dogg — Hamilton has made a crisp black and gold jacket with the label’s menacing logo front and center. It’s a relatively simple design with a special “Death Row Records 30” logo as the only other market, but one that should become an instant wardrobe highlight for hardcore hip-hop fans.

“This collaboration with Death Row Records is very special to me, as I regard them as one of the pillars of the culture,” Hamilton said in a release. “The culture we refer to is a movement that started, in my opinion, in the ‘90s with basketball, Jordan, the hip-hop explosion. Fashion is a derivative for all this movement that needs to continually evolve with trends set by basketball, art, and music.”

This wearable intersection of hip-hop, basketball, and fashion won’t come cheap, as Death Row is taking pre-orders for its Jeff Hamilton jacket for $991 a pop. Hamilton’s pieces are always on the pricier side, though, and now serve as a precious memento for sports and hip-hop fans alike.