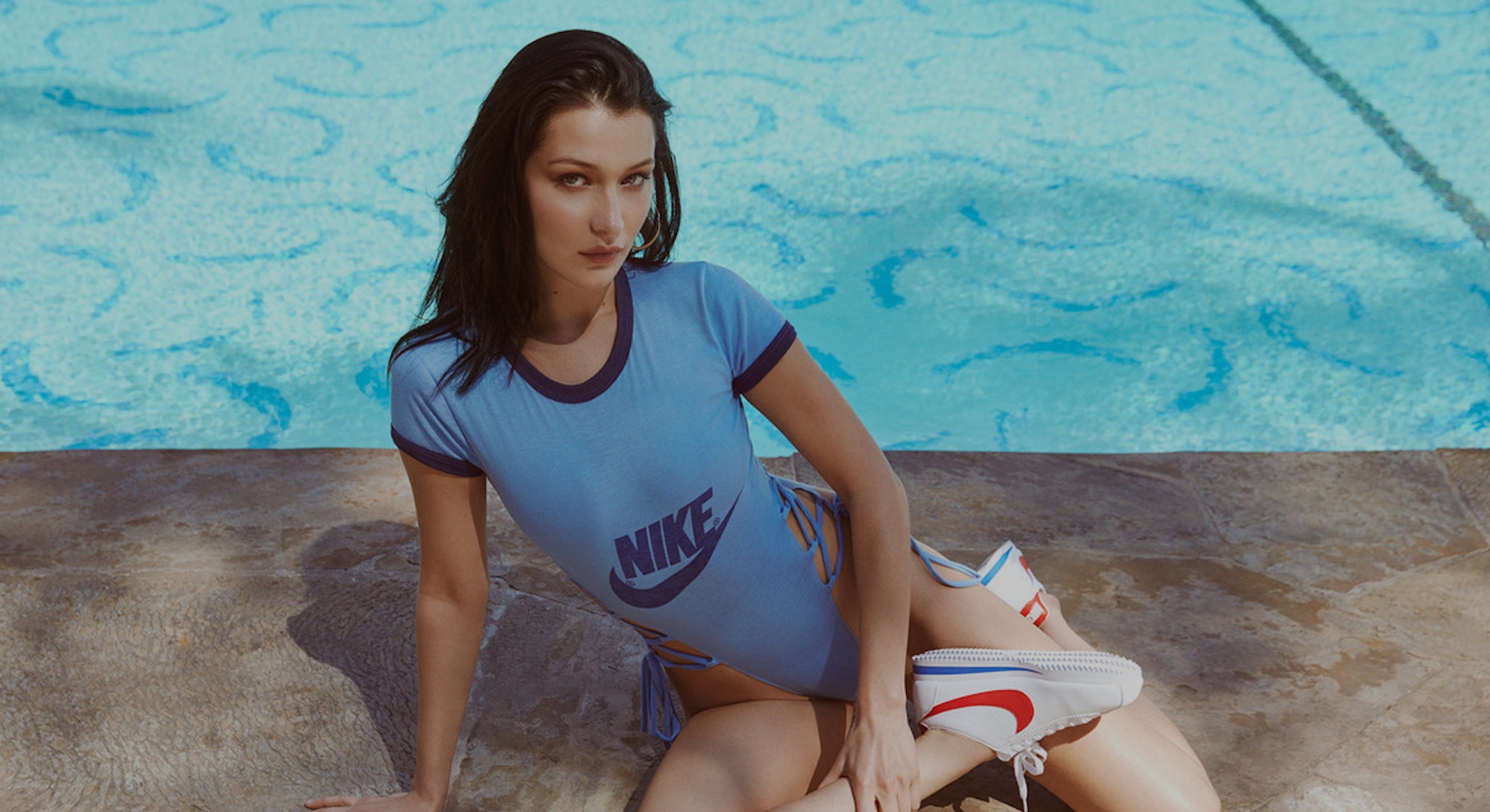 Her 2020 survival kit is sorted, and it looks nothing like what you might think. Instead of toilet paper or sourdough starter, Los Angeles-based upcycled designer Cassandra Evanow is prepared to fight the imminent apocalypse in a corset.

“It does have a warrior vibe, doesn’t it, a corset?” said the 31-year old, musing about a post-COVID world in which Whole Foods lines are replaced with lingerie-clad hunting and gathering. “‘Femme fatale,’ that’s what I call it on my Pinterest boards.”

The pandemic was somewhat of a catalyst for Evanow. She’s been fascinated by corsetry, the art of crafting the 14th-century undergarment, since she saw the Renaissance fairs in her Oregon hometown. She started studying the painstaking structural process in 2019 — but the chaos of 2020, coupled with binge-watching period dramas in lockdown, shaped her view of the corset as a form of feminine armor; a method of survival.

Evanow’s corsets have the traditional construction of their ancient predecessors, but that’s about all they have in common. Aside from the steel boning, her designs are made entirely from recycled sportswear. From YMCA T-shirts to football jerseys, she transforms pre-owned menswear into possibly the most feminine garment possible. With a decade’s worth of upcycling experience documented on Instagram, where she has nearly 50,000 followers between her personal and portfolio accounts, Evanow has found herself at the intersection of the blossoming corset trend and an industry-wide reckoning towards sustainability.

Growing up with a petite frame and the chronic hand-me-downs of a youngest sibling, learning to alter clothing was survival for Evanow. She moved to Los Angeles at 18 with hopes of attending the Fashion Institute of Design & Merchandising, but once she faced the tuition and debt payments that came along with that dream, she ditched it and built a new one.

“I didn’t have any money to buy fabric, and it’s expensive to live in L.A.”

Building off her childhood alterations, Evanow continued using pre-owned materials throughout her self-taught curriculum, using weekend club crawls as test runs for her creations. When Instagram first hit the app store in 2010, she pounced on the opportunity to build a portfolio. As her self-taught skills grew stronger, every upcycled project made its way onto her profile.

“I want to say I was the first one to be doing this reconstruction stuff… right out of the gate, around 2012, I was making reconstructed bodysuits out of Nike T-shirts,” said Evanow. “I didn’t have any money to buy fabric, and it’s expensive to live in L.A. My bestie and I were going to clubs every weekend, so I wanted to make us things that were unique.” Her aesthetic was unwaveringly feminine off the bat; her girls-night-out experiments evolved into a steady stream of bodysuits, jackets, and hip-hugging pants. But while using pre-owned materials was simply a necessity in her early designs, the sustainability of upcycling eventually became ingrained in her ethos.

“I hate waste so much…it’s just a wavelength that I’m on now” said Evanow. “It makes me feel magic, being able to generate something out of nothing is a really powerful feeling.” That “wavelength” Evanow speaks of was affirmed in 2016, when an unfamiliar DM led to her creating a series of stage looks for Kehlani. In 2017, she created the baby blue bodysuit in Bella Hadid’s Nike Cortez campaign, then patchwork leather pants for an Air Jordan shoot with SZA. SZA liked the pants so much she bought them on set, and wore them onstage at London’s Eventim Apollo the next night.

All of these collaborations sprouted from Evanow’s network and Instagram clout alone. Her profile, updated obsessively since the app’s early days, gave her work a massive following and distinct aesthetic by the time top-tier brands came knocking. By building her business and partnerships solely through social media, Evanow arguably built the blueprint for similar avant garde designers-slash-Insta sensations like Nicole McLaughlin.

“There needs to be a totally different channel for this kind of fashion.”

Most recently, Evanow worked behind the scenes producing KITH’s upcycled collaboration with Russell Athletics. She left the job with 20 bags of sweatshirt scraps (to mock up a menswear collection) and a jarred outlook on sustainability’s place in fashion.

“I spent the whole year in a factory, trying to convince people to not take shortcuts with this process,” she said. “There needs to be a totally different channel for this kind of fashion, it shouldn’t even be compared to fast fashion. You can’t have the same mindset… there are so many little steps that seem crazy to the average production factory.”

Between producing gigs, Evanow flows with the same low-key commerce model as when she first started. Each corset takes 40 hours to make, and priced in the mid-hundreds — a bargain considering the hours she’s clocking, but not affordable enough to generate a steady income. To launch an automated e-commerce site, she’d have to “dumb down” construction so the products (and prices) aren’t all in the luxury realm. She refuses to sacrifice her bespoke quality with inexpensive, elasticized materials, which is what fast fashion bandwagoners do to cheapen production.

“I think you could mass-produce this look,” said Evanow, “but you would need somebody like me to come in and say ‘I’ve done this a million times, I know what works and what doesn’t, you need to forget everything you know about production and listen to me.’”

Although zero-waste consulting could easily be a full-fledged career for the designer, Evanow’s sights are set on a bigger goal — her own factory, completely operating and innovating within her zero-waste mindset.

Evanow’s upcycling utopia would collect packaging waste to reuse, produce eco-minded jobs or collaborations for streetwear brands, and provide after-school education on sewing and sustainability. It wouldn’t just be a factory, but an emblem of her role in shifting the paradigm of conscious streetwear: a safe haven for collecting spare zip ties, normalizing sustainable production, and, obviously, perfecting female armor. You know, just in case.