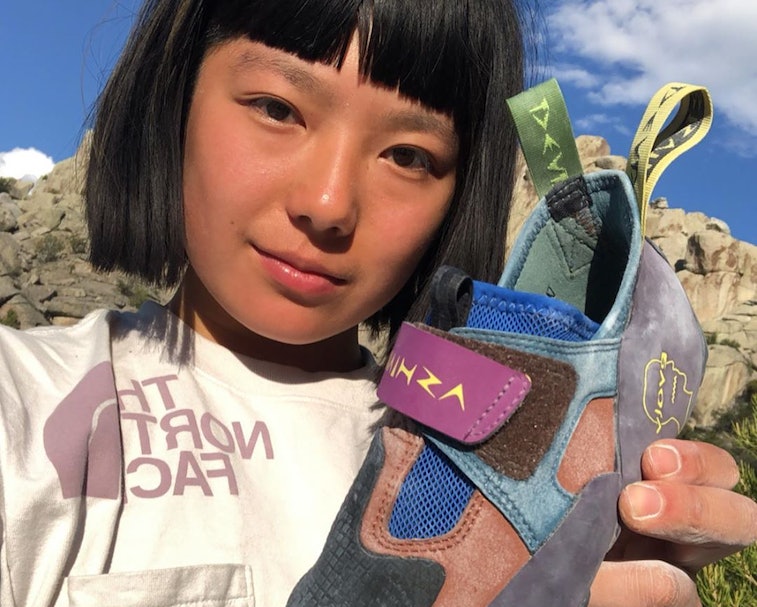 Brain Dead will enter a new space with its forthcoming collaboration, a climbing shoe made in conjunction with Evolv and climber Ashima Shiraishi. All proceeds from one of the shoe's color variants will go to grassroots organizations that are working to make climbing more accessible to marginalized communities.

"After recent events we have had a lot of conversations about the lack of diversity in the outdoor world and what we could do to change it," Brain Dead said in an Instagram post announcing the collaboration. The brand has promised more details will follow and ended with a rallying cry of "Let’s fucking activate!"

Natural but untapped companions — While there's a significant degree of crossover between the streetwear and climbing communities, little in the way of product has resulted from it. The most significant history of collaborations comes from Gramicci, whose climbing pants have been adopted by skaters since the '90s because of their crossover functionality. Durable but lightweight pants that allow for freedom of movement are just as useful for skating as they are for climbing. But outside of bottoms, climbing is something of an untapped market for streetwear brands.

Two climbing experts — To dive deeper into that space, Brain Dead has enlisted two parties with established climbing bonafides. At just 19 years old, Ashima Shiraishi is a bouldering phenom who's been called the "Gretzky of the granite" by The New Yorker. Last year, she finished first and second, respectively, in the Lead and Bouldering competitions for the USA Open Championships.

Evolv has been making climbing shoes and accessories since 2003, ensuring Brain Dead's offering will be no slouch on the rock face. When streetwear has become commodified to the point of losing its original meaning and intentions, there's a charm to seeing a product that'll be of no use to those chasing hype and hype only. A climbing shoe will be quite useless for anyone not looking to actually climb.

Release details to come — Brain Dead has yet to announce when and for how much its climbing shoe will release. Right now, the most exciting thing is to see a well-publicized effort to make climbing less nauseatingly white.