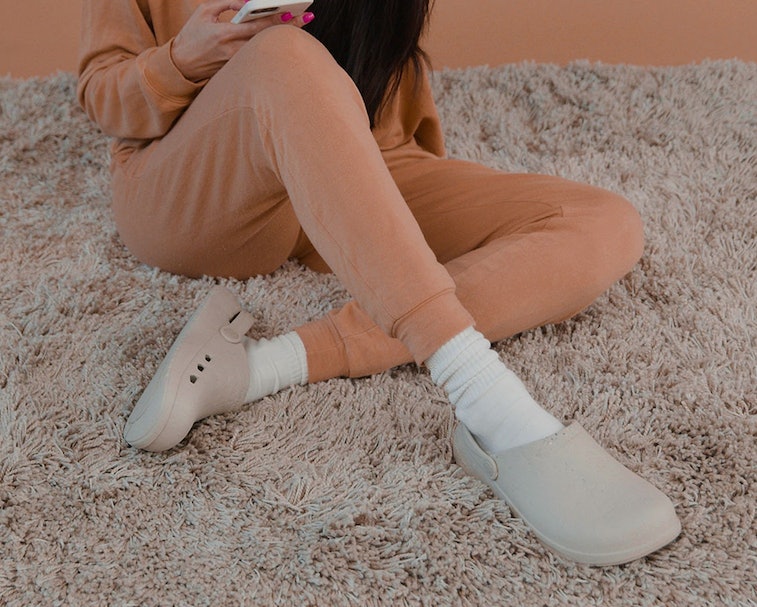 While Crocs has enjoyed rampant and unexpected success over the past year, it’s now far from alone in the foam clog game. Kanye West’s Yeezy Foam Runner is still all but impossible to buy, while Alyx trotted out an even hotter take on the footwear that could be worn by a gardener in the Blade Runner universe. Hell, even Vans did its own version of Crocs that we still can’t decide if we love or hate.

Now, another take on the cushiony and casual clog has grabbed our attention for its sustainability. Luxury footwear brand Ales Grey has introduced the first clog made from recycled injected foam. Created with XL Extralight technology, the Rodeo Drive Slip On looks like a Birkenstock sandal done up in Crocs’ foam. A low profile on the heel transforms the clog into a mule when the strap goes forward, and the lack of holes makes it a tad less tacky — even if that’s become one of Crocs’ strengths.

The clog’s injected foam is made of 51-percent recycled materials pulled from by-products, scraps, and other production waste from factories. Ales Grey says its Rodeo Drive Slip On saves 8,000 liters of water compared the manufacturing process for traditional leather shoes.

Where did these come from? — The rest of the footwear output from Ales Grey is of the ilk of tasteless luxury sneakers made by Amiri or Buscemi, only at a more affordable price range. That’s why it’s shocking to see the brand put out such a banger of a clog, like Buffalo Bills suddenly becoming good at football.

The Rodeo Drive Slip On began with a Kickstarter campaign that raised more than $20,000, twice its original goal. For now, the only way to secure a pair is to contribute at least $88 to the campaign — with delivery slated to begin in October. A wider release should follow, but we endorse making the moves for a guaranteed pair as early as possible.

In addition to its sustainable elements, Ales Grey’s upcoming clog is also waterproof, antibacterial, and made in Italy. Each pair weighs only 0.85 pounds, and the fuss-free profile will make them easy to adopt in your rotation in either white, black, or tan. This versatile clog has seemingly come out of nowhere, a sudden, obvious cop that won’t leave our minds for some time.