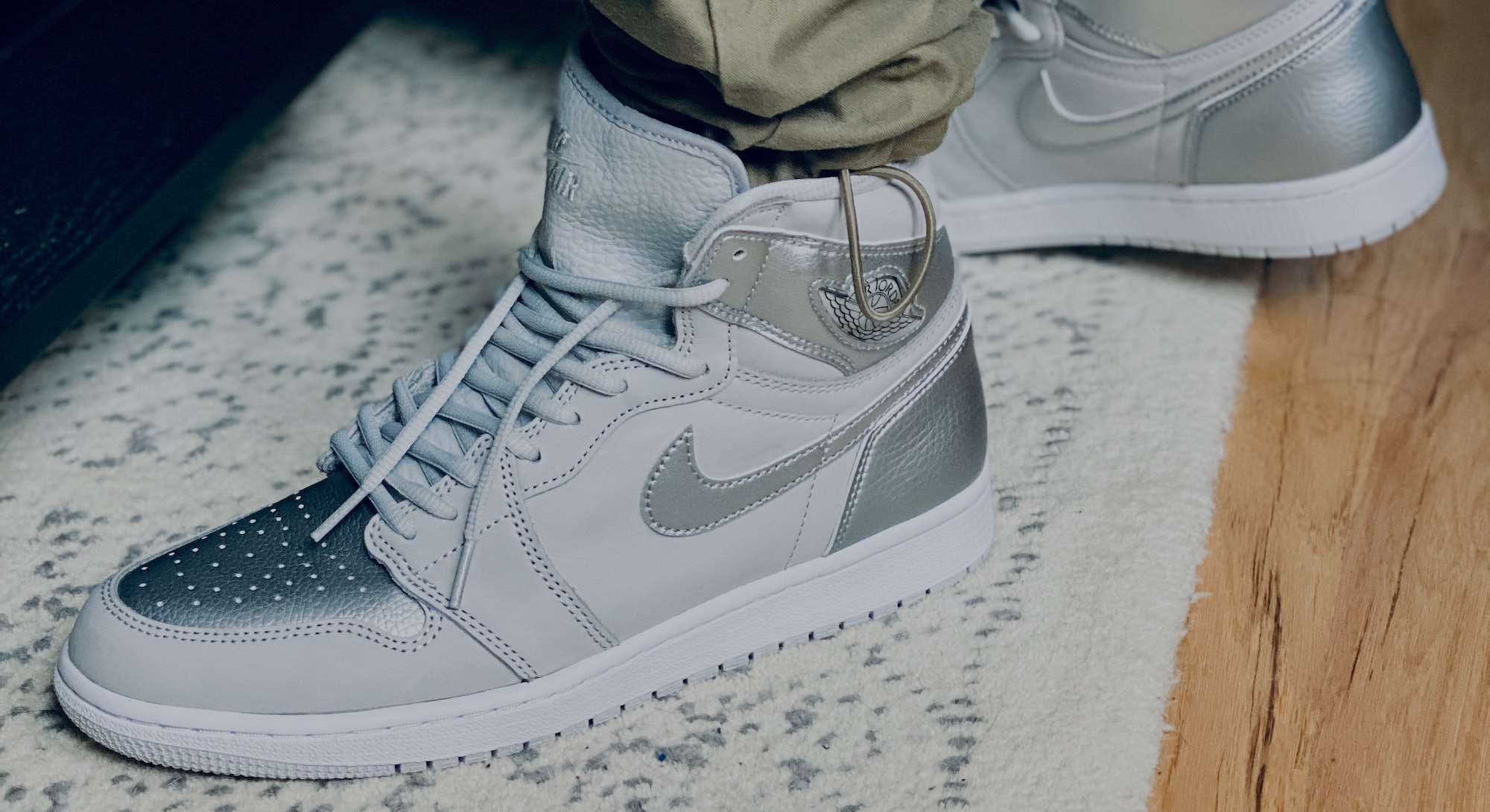 Despite having dozens of Air Jordan 1s in my collection already, every time Nike gets ready to drop a new pair I still find myself lusting over them.

That's even truer when it's a retro model, aka one of the original colors Michael Jordan wore when he played in the NBA, or another unique style that hasn't been re-released in decades. The latter is exactly the case with the AJ1 Retro High OG CO.JP "Tokyo," which launched exclusively in Japan in 2001 and was limited to just 2,001 pairs. This week, on August 7, Nike is bringing back the sneaker for the first time since, in an updated version featuring the same metallic silver hues and shades of gray that made the OG pair popular almost 20 years ago. Finally.

And while the 2020 CO.JP Tokyos won't be as limited this time around, that doesn't mean they won't sell out instantly — Air Jordan 1s are highly coveted among sneakerheads and hypebeasts, and these won't be an exception. For the most part, both pairs are identical, though there are some subtle differences. Namely, the new, refreshed Tokyo AJ1s come with "Nike Air" branding on the outside of the tongue, as well as a woven tag on the inside that reads "2001" and "2020." Those details are complemented by "CO.JP" graphics on the sockliner and, of course, the shiny silver leather upper that gives the shoes a striking look.

Aside from those details, this is a Retro High OG Jordan 1 through and through, so you can expect the sneaker to look good with basically anything you wear, be it jeans, joggers, shorts, or a dress. Comfort-wise, if you've ever worn an AJ1, which is 35 years old, you know they're not going to be as comfortable as shoes with the latest cushioning tech from Nike. That said, you're also not going to have trouble walking around in these all day long — and if you do, well, the amount of heads you're going to turn with that metallic silver on your feet will be enough to make your pain worthwhile. Hello, fashion.

One thing I noticed about the CO.JP Tokyo Jordan 1s is that, based on how the natural or artificial light hits them, sometimes the gray suede upper can look like it has hints of blue or pink – and that makes their loud-yet-subtle design even better. What doesn't change is the pop they get from the metallic silver leather, which blends perfectly with the classic white midsole. Nike could've easily made major tweaks to the shoe — with, say, one of those translucent Zoom outsoles it puts on upgraded Air Jordan 1s — but sneaker enthusiasts will appreciate that the brand kept the 2020 CO.JP Tokyos as close to the original as possible.

Speaking of which, as an homage to the silhouette from 2001, Jordan Brand is holding a special launch for the 2020 Tokyo Jordan 1s in Japan, where they'll come in limited-edition silver suitcases that will be numbered 1 through 2,020. If you don't live there, however, your best bet to try to get one these exclusive pairs will be to find a proxy service in Japan who can help you secure them. But even that may be hard to accomplish, considering how limited they're going to be.

As for the rest of you, Nike's going to drop the CO.JP Tokyo AJ1s on August 7 for $170, via its SNKRS app as well as select retailers at 10 a.m. ET. You'll want to be on the app logged in, payment information saved, a few minutes before that, because these are guaranteed to fly off the virtual shelves and, as always in the sneaker game, the last thing you want to do is end up paying resale prices on sites like GOAT, StockX, or eBay. Here's hoping that won't be case, for the sake of you and your wallet.