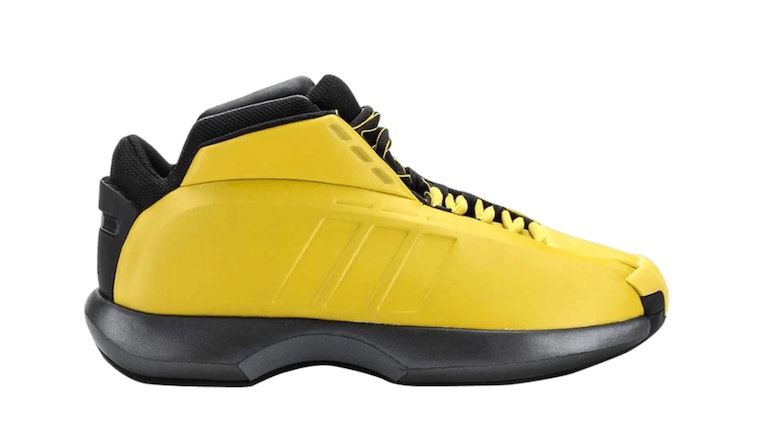 The divorce between Kobe Bryant’s estate and Nike has been a messy one: After Vanessa Bryant allowed her late husband’s contract with the Swoosh to expire earlier this year, the company proceeded to produce Nike Kobe 6 Protro “Mambacita” sneakers, which Ms. Bryant said were designed in honor of her late daughter Gigi and never intended to be made (especially by Nike). Still, the footwear made its way into the hands of resellers, who offered the shoes online for nearly $7,000 before their listings were ultimately removed.

Evidently, Nike’s disrespect turned the Bryant estate away from participating in any further brand deals; Vanessa also launched her own “Mambacita” brand to carry out future commemorative drops. Yet Complex reports that in 2022, Adidas plans to re-release two of the sneakers Kobe Bryant wore while he was signed to the German sportswear brand through the late ‘90s and early ‘00s.

A nod to the good old days — Bryant’s signature sneaker from 2001, the Kobe 1, and the EQT Elevation (a shoe he wore during his 1997 NBA rookie season), are set to return next year, a source familiar with Adidas’ upcoming releases tells Complex.

Adidas’ EQT Elevation is set to re-release in its original “Lakers” glory, while also hitting shelves in a blue and orange makeup that honors the 1997 NBA All-Star Game’s court and ticket stub. The “Sunshine” Kobe 1, complete with a bold yellow upper and black soles, joins the retro sneakers alongside a “Stormtrooper” offering with white uppers and black treading.

A Kobe shoe, without Kobe — But without the approval of the Bryant estate, Adidas must market the retro shoes without actually using Kobe’s name — which the brand has already done even while Bryant was still alive and signed to Nike. To avoid using the late basketball player’s likeness, the EQT Elevation will be called the Crazy 97 EQT, while the Kobe 1 will be known as the Crazy 1.

Marketing may revolve around next year’s NBA All-Star Game and other noteworthy basketball events, though Adidas will likely refrain from mentioning Bryant too explicitly. Expect more of a “if you know, you know,” hype to surround the upcoming sneakers.

Adidas has not announced the Crazy 97 EQT or Crazy 1 — images of the sneakers are leaks not authorized by the brand, courtesy of Complex’s source.