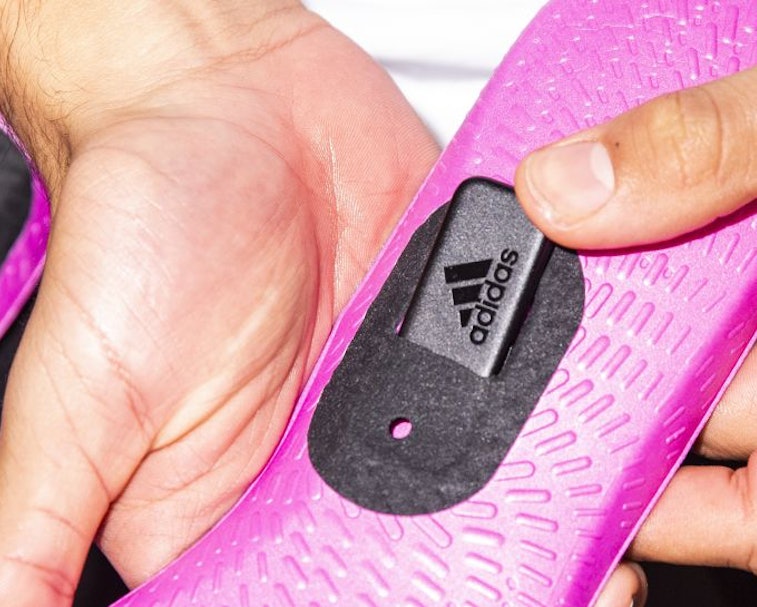 Move over, Pokemon Go: there’s a new game straddling the worlds of the virtual and the real. Adidas's smart shoe insole powered by Google’s Jacquard technology can connect to your phone, track your real-world soccer antics, and then translate them into FIFA Mobile in-game rewards.

The Adidas GMR insole is the first time Google’s wearable Jacquard technology has been used to monitor physical activity. Previous iterations of the technology have been used to control your phone using touch-sensitive fabric, like in this Levi’s jacket or the Cit-E Saint Laurent backpack.

This will be a welcome feature upgrade for FIFA addicts who also enjoy playing soccer in real life. But it’s unlikely the general public is going to shell out $40 for the insoles when their features don’t extend much beyond the beautiful game. If you're a casual jogger, you're better off with something like Under Armour's Connected range.

Second-gen tracking features — The insoles use the same second generation of the Jacquard tracker included in the Levi’s jacket and the Saint Laurent backpack, but its functions are much more diverse in this instance. Rather than controlling your phone's media player, its sensors are used to track and record movement.

To get started, users need to pair the tracker to the Adidas GMR app, slip the tracker tag into the included insoles, slide them into their favorite cleats (and cleats will do), and hit the field. The tag uses on-device machine learning algorithms to track everything from sprints, to kicks, power and distance covered. That information is synced with the Adidas GMR app, which then links to the FIFA Mobile game where real-world metrics affect the players virtual team.

Fresh, weekly challenges — Adidas is promising leaderboard rankings and new, real-world challenges every week to keep users engaged. If you're one of the people who falls into the overlapping circles of the Venn diagram of those who both play FIFA Mobile and also love running around on grassy fields kicking soccer balls, you're probably pretty excited about this.

For everyone else, though, the Adidas GMR is a useful demonstration of the potential for exciting and novel use cases for Google’s Jacquard tech in the future.