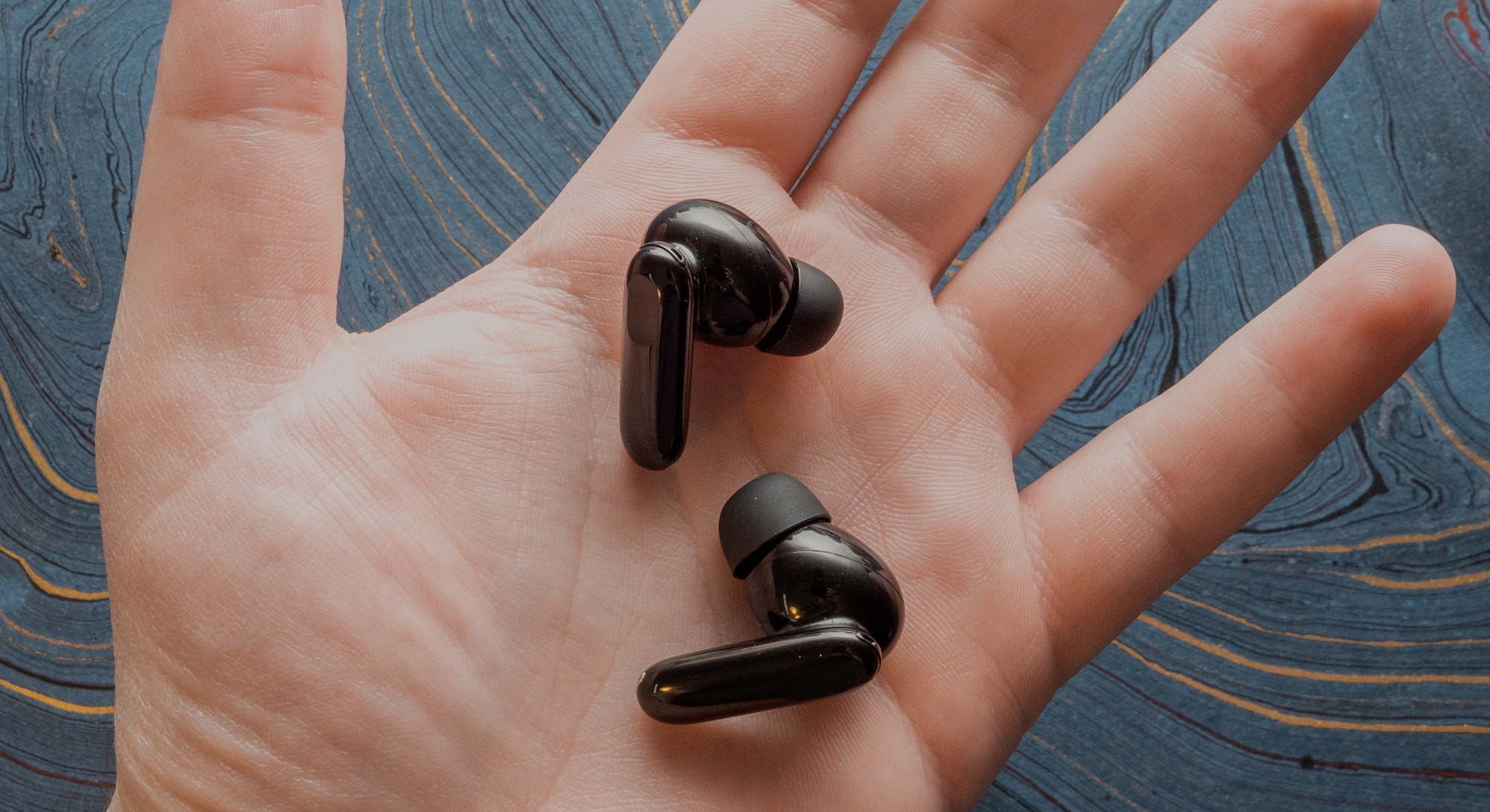 Generic OEM wireless earbuds get a bad rap and for good reason.

At their worst, they often come in the form of overpriced garbage resold with the hopes of separating a sucker from their money. At best, they’re often the earbuds that sell for $20 at 7-Eleven: Crap, but at $20 — what did you expect?

Then, there are the Wyze Buds Pro, wireless earbuds with active noise cancellation (ANC) and wireless charging for $90 (sometimes less when on sale). That’s about $10 less than the awful Palm Buds Pro and the impressive Nothing Ear (1) earbuds. The latter is the only one with wireless charging, a rarity at the $100 price point.

After putting the Wyze Buds Pro through my usual string of stress tests, I can certainly say they’re impressive wireless earbuds. Are they going to dethrone the AirPods Pro as some reviews may have you believe? No. But they do make the upsell to other budget wireless earbuds a bit tougher depending on your priorities. The Wyze Buds Pro are the poster child for the OEM earbuds model done right: They fit comfortably and outperform for the price. If you’re on a tight budget, I’m hard-pressed to think of better options. While they are imperfect, there’s no doubt they're an exceptional value.

One note on pricing. Wyze sells the Buds Pro for $84 on its own store, but I recommend getting them from Amazon. Wyze charges $6 for shipping, so you’re paying $90 either way. I put more trust in Amazon’s return system if the Wyze Buds Pro aren’t for you, plus they are frequently discounted there as well.

For what they lack in balanced audio quality, these earbuds make up for in spades with great comfort and ANC at a great price.

Not so down downsides

All these features for $90 don’t come without a catch, so it’s best to get those out of the way.

My main gripe with the Wyze Buds Pro is their sound profile. While not egregious and overall pleasant, Wyze leans too hard into low-end and not enough on highs. Songs with little bass can often feel out of balance, and bass-heavy tracks can be a bit overwhelming. Keep in mind, the Wyze app has “bass boost” toggled on by default, but even switched off these are very bass-heavy wireless earbuds.

I wouldn’t go as far to say this is heavy bass trying to disguise low-quality components, as the audio here is overall pleasing, but Wyze should definitely consider a more balanced profile going forward. (Wyze is known to frequently update products after release so things could get better.) The mids, for instance, are right where I’d want them to be in terms of vocal clarity when the bass isn’t drowning them out. Adding some form of EQ adjustment, or a broad selection of EQ profiles would also go a long way to improve the experience.

The biggest audio issue I found was how the Wyze Buds Pro handle low-bitrate audio like podcasts, which normally upload below the 256kbps limit that AAC allows (often as low as 64kbps). Podcasts sounded overly processed and tinny on the Wyze Buds Pro which is disappointing, but it was the only audio type I found these wireless earbuds to totally flounder with.

The Wyze app, which is used for all of the company’s connected products, from smartwatches to smart vacuums, offers limited functionality compared to other wireless earbud apps like Jabra and Sony. It offers lots of customization for the touch controls, but no way to toggle how the wireless earbuds switch between ANC modes for some reason. On the current firmware I tested, a long press on the touch surfaces switches between ANC, transparency, and ANC-off mode in that order. I personally don’t like passive noise cancellation and would prefer the ability to select what modes I toggle between. AirPods Pro have offered this from day one.

The only hardware downsides I found were with the finish of the Wyze Buds Pro and long-term comfort. Wyze went with a glossy black plastic here that does make these earbuds stand out compared to the more boring matte finishes, but oh boy does it catch fingerprints and grime; it didn’t take long for my waxy ears to leave an unpleasant sheen on my pair. I could also only wear the Wyze Buds for about an hour before my ears started to feel hot despite their fairly comfortable fit.

Battery life is so-so. Wyze rates the Buds Pro at 4.5 hours with ANC on (6 hours off) which proved about true in my testing. This is a bit less total battery life than I like to see but it’s not unworkable and enough for most people. As for quick charging, you can get an hour of playback from a 15-minute charge. Case charging speeds are capped at 5W for both wired and wireless charging, but wireless is still a great convenience.

With all the negatives out of the way, here are all the things you do get for $90 that might make those tradeoffs worth it.

To start, Wyze nails the microphones: ANC and call quality are shockingly great for wireless earbuds at this price. While I didn’t have airplane time to test these with, my very loud bathroom fan was drowned away when audio was playing, allowing me to focus on podcasts and songs without issue. The one downside is that if you don’t get an ear tip pairing that seals the Wyze Buds Pro in, they can slide out of place and reduce the efficacy of the ANC. Just make sure you try out all the ear tips for the best results.

The Wyze Buds Pro don’t just check boxes, they check most of them with flying colors.

Call quality feedback from friends was high as well. One audiophile friend compared it to talking to someone on a high-end office conference call speaker, where the mics captured the echo in the room but still managed to keep my voice clear and audible.

If you’re at all familiar with budget wireless earbuds you’ll know that mics are usually an area where corners are cut, and ANC is often a “nice to have” feature. The fact Wyze nails both so well is beyond impressive.

The fit of the Buds Pro is also great. While these do share some design similarities to the Palm Buds Pro, Wyze clearly spent more time fine-tuning the geometry of the earbuds. Once I got the best ear tip pair for myself (medium on my left and small on my right), the Wyze Buds Pro sat fairly snug with minimal adjustments needed during long listening sessions. Wyze is using ovular ear tips similar to AirPods Pros so they are pretty comfortable. Their weight is also well balanced — light and they don’t feel like they could fall out of my ear if I jump too much.

While the touchpads on the Wyze Buds Pro may seem annoying, I actually found they offer more confidence compared to a full touch-sensitive stem that other budget earbuds like Palm rely on. As long as I hit the touch targets, I never had any accidental or incorrectly registered commands. Wireless earbuds with full-touch stems like Palm's Buds Pro are more finicky and good full-touch surfaces aren’t found until you get into the higher end of the market.

Wyze’s touch controls also give you a lot. You can use the app to get play/pause, track skipping, and volume control, all enabled at once with the right number of taps. Wyze smartly maps certain functions to each earbud: I have a triple tap set to volume control, the right side for up, the left for down. Even some premium earbuds don’t have that level of control.

Given how many boxes the Wyze Buds Pro check, the most important question I think you should ask is if your music taste lines up with Wyze’s (current) EQ choices. As of writing, these are bass-first wireless earbuds that aren’t suited for a wide range of tracks and you should assume they’ll stay that way until Wyze proves otherwise. It’s unfortunately the one area where these wireless earbuds don’t fall in line with their competitors. Jabra’s Elite 3 and Elite 4 Active both have more balanced sound and custom EQ settings and flank the Wyze Buds Pro’s pricing. But, neither of those earbuds have wireless charging. The Elite 4 Active have ANC, but it’s not as effective as the Wyze Buds.

These are bass-first wireless earbuds.

If you really care about sound quality and accuracy, I’d look at other options in the budget space. But if you prioritize ANC performance and comfort, the Wyze Buds Pro are in a class of their own. The Wyze Buds Pro don’t just check boxes, they check most of them with flying colors. All Wyze has to do to make these the perfect budget pair of wireless earbuds is get the EQ straightened out: Tone down the bass and polish the highs specifically. As long as you like the way these earbuds sound, you’re going to be getting near-flagship performance in every other category for less than half flagship earbud price. That alone is worth celebrating and should put basically wireless every earbud company on notice, OEM or not.