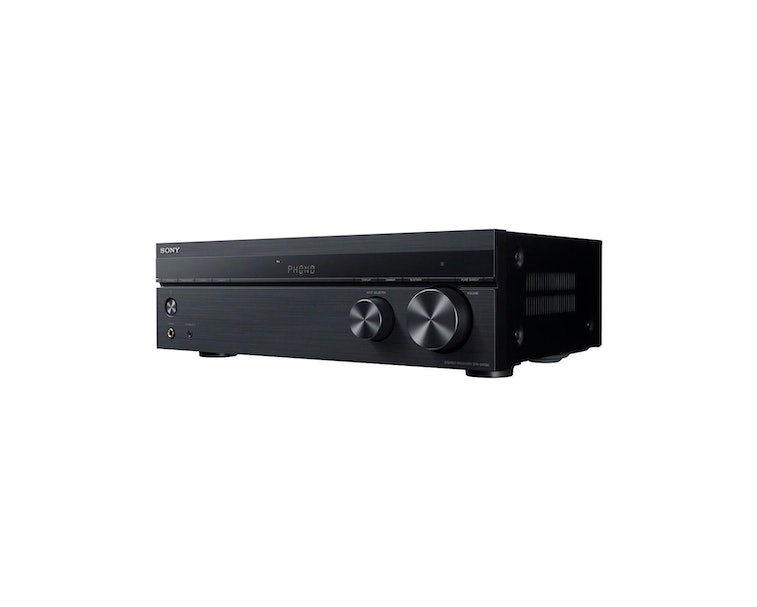 With more shade than ever being cast on the seemingly stalwart music-streaming industry this year and last, I’ve spent a significant amount of time wondering whether or not my support of Spotify (and any other streaming apps) is ethical. Are companies that pay artists well under $0.01 per stream ones I want to pay monthly?

Streaming media has bubbled to its current massive market share by offering access to truly expansive catalogs at extremely low prices. The notion of paying $10 per month for unlimited listening, rather than buying each individual song for $1.29, is tempting to anyone who’s ever worried about budgeting. Hundreds of millions of people around the world find it tempting enough to overlook the ethics behind the industry (myself included).

Physical media seems the obvious solution here. Buy CDs or vinyl. (Yes, their production contributes to climate change, but some say streaming media has the same — if not higher — carbon footprint than physical media.)

So I bought a brand new Sony stereo receiver. Not used from eBay; I paid full price. And it’s been worth every dollar, so far.

I first went looking for a new receiver when my old one — purchased around 2011 from a neighborhood garage sale — conked out suddenly. My small collection of CDs and vinyl began to gather dust. I debated selling them and going all-in on digital music. Then I talked to my dad (spoiler alert: he’s a self-identified audiophile) and he warned me my home listening experiences wouldn’t be half as good as they were with a real stereo (emphasis his.)

Stereo receivers are very easy to come by as it turns out. So easy to come by that I had to sift through results to figure out which would connect to my old Panasonic speakers as well as to my middle-of-the-line record player. And I didn’t want the price to stop me from making rent.

Here’s what I found: Many stereo receivers support all of these things, but not many are inexpensive. This Sony 2-channel receiver (STRDH190) fit the bill perfectly. The $200 price point, combined with a few surprisingly positive reviews from people much more audio-savvy than I, had me adding the receiver to my cart with only the whisper of a second thought.

The receiver has five analog audio inputs (one of which is designated for phono use), an FM antenna connector, a USB input, a headphone jack, and two sets of standard left and right speaker outputs. It also includes a built-in Bluetooth receiver.

The initial setup was generally easier than I expected. Really the only somewhat difficult part was connecting my speakers to the receiver — something many will struggle with, I believe, given how infrequently we’re all setting up stereo receivers these days. YouTube (and a quick call to my dad) had the skinny wires connected correctly in, like, 10 minutes tops. If you don’t have an audiophile for a dad, YouTube should suffice. Connecting the record player and a DVD player I’d purchased for CD use (more on that in a bit) was intuitive enough; plug the red-tipped wire into the red slot, the white into the white. Plug it into the wall and boot it up.

The receiver’s controls are very much streamlined, unlike some other options I’d found in my search. Here’s how you boot it up: Press the power button. Adjust the volume with the substantial-feeling knob labeled “volume.” Turn the input knob to match your input. And that’s it. True audiophiles might look for fine-tuning options. I just wanted something I could control without much thought.

The stereo receiver has an incredibly clean output.

Despite its relatively low price point, the stereo receiver has an incredibly clean output. The speakers I’m using are basically bottom-of-the-barrel; the fact that this receiver can make them sound dynamic and lush verges on miraculous. There’s even a setting called “pure effect” that shuts down all necessary lights on the stereo to provide a clearer listening experience.

Another perk of this particular receiver: Bluetooth. My CD and vinyl collection is still middling at best right now. I do still have Spotify (I know, I know), and all it takes is one turn of the input knob to switch over to Bluetooth. My phone connects automatically. I can control the receiver’s volume with the buttons on my phone. And it provides significantly better sound than any Bluetooth speaker I’ve ever owned. This one device lets me play CDs, vinyl, and any music I’ve got on my phone. Kind of mind-blowing.

Aesthetically speaking, the receiver is definitely not going to blend into your apartment, especially if you tend toward the minimalist side of the spectrum. It’s pretty large (5” x 17” x 11”) and weighs in at just under 15 pounds. But its smooth, uniform black front and uncluttered LED display are by no means harsh to look at. In fact, it fulfills some part of me that yearns for the clunkier electronics aesthetics of yore.

And the stereo receiver’s general heft is actually a strong selling point for me, too. I appreciate its sturdiness in a world so reliant on an ever-changing internet landscape. In 10 or 15 years, when Spotify has gone bankrupt or Apple faces a huge lawsuit that ends up deleting all your MP3s, I’ll still have my stereo receiver.

(Oh, and about that DVD player… home CD players, it seems, are somewhat more difficult to come by in 2022. DVD players can play CDs, though, and they’re pretty inexpensive. I went with this one to match the receiver.)

A streamlined, do-it-all receiver, with plenty of inputs and Bluetooth support.