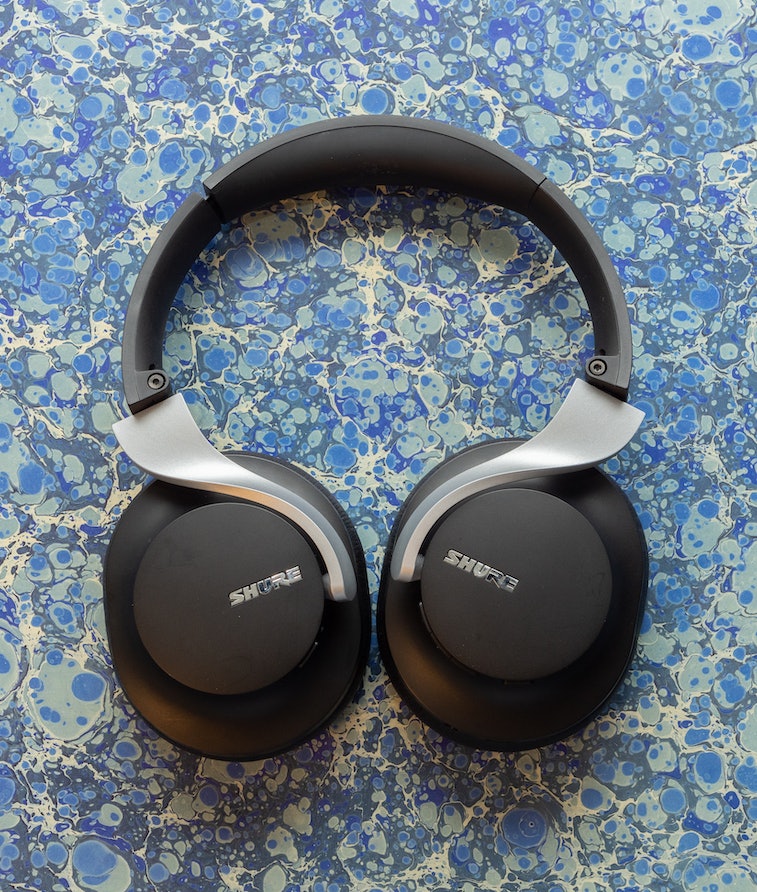 Shure is known for accurate professional-grade audio gear on the wired front, but made the push into wireless headphones last year with the $299 Aonic 50 which were very aggressively priced for the sound quality on offer. The Aonic 40 are $50 less and impress in lots of ways. The main difference between the two headphones is driver size, as denoted in the names. The Aonic 40 has 40mm drivers and the Aonic 50 has 50mm drivers. The Aonic 50 also supports aptX-Low Latency and Sony LDAC for the highest bitrate wireless audio available. The Aonic 40 only supports AAC, aptX, and aptX-HD above standard SBC.

From the perspective of audio quality, these are good tradeoffs to make. Wireless headphones like the Sony WH-1000XM4 and AirPods Max sound terrific with 40mm drivers. If you’re an iPhone user, AAC is your only option as far as premium codecs go, and LDAC’s stability issues still prevent it from being a silver bullet for hi-res wireless audio for now.

The issue with the Aonic 40 is all the other tradeoffs Shure made to shave off $50. I've tried many wireless headphones and the Aonic 40 are pretty uncomfortable, have poor microphone quality, and just don’t feel premium in their construction. Their ANC performance also leaves a lot to be desired. While it’s impressive Shure is delivering this level of sound quality at nearly $100 less than Sony and Bose’s flagship wireless ANC headphones, anyone who buys them is going to know where the corners were cut.

These headphones sacrifice on build quality and comfort in exchange for sound that’s just as good as headphones that cost $100 more.

Shure is delivering audio quality here that is on par with the Bose QC45 and Sony WH-1000XM4, hard as that may be to believe. The Aonic 40 have a wide dynamic range and rich sound reproduction. As someone who reviews a lot of headphones, it’s honestly a toss-up between Sony, Bose, and Shure about which sounds best. I’d give the slight edge to Sony still but it’s only by a hair. AirPods Max sound better than all three but are in a completely different price class.

Shure’s detail reproduction is what’s most impressive, accentuating the single string plucks on an acoustic guitar while maintaining the deep reverberations of lower notes. Every song I tested on the Aonic 40 sounded terrific from Of Monsters and Men’s “Dirty Paws” to Kanye’s (sorry, Ye’s) “Love Lockdown.” The default EQ is perfectly suited to tackle a wide range of songs and make everything sound astounding, and the Aonic 40 don’t flinch at even the most challenging tracks. There’s not much more to say. If you want to save some money on wireless headphones without sacrificing audio quality, the Aonic 40 are a phenomenal pair of cans.

The question is, what are you sacrificing here?

I’m not saying that anything I don’t like about the Aonic 40 is enough to make them a total pass. Their aggressive pricing can’t be dismissed so simply. But it is important to at least say what you get if you do pay the extra $100 for one of the Aonic 40’s competitors.

To start, I didn’t find the headphones particularly comfortable. Their plastic construction is very stiff and the clamp force on my head was just a bit too strong. The foam pleather ear pads, while soft, aren’t cushioned enough to make up for the tight fit. The headband also isn’t as well padded compared to the QC45, the comfort king of headphones. This unfortunately made long listening sessions more of a challenge than they should have been. They also get quite hot in the ears, and I couldn’t stand wearing them for the duration of a two-hour flight I was able to test them on.

While the Aonic 40 thankfully skip touch controls for physical buttons, the buttons aren’t textured or clicky enough for me to blindly feel out what I’m touching consistently. The play/pause button is especially soft, and the headphones need to play soft audible cues to confirm presses. This could’ve been avoided if Shure had spaced the buttons out more or added texture to make them easier to feel.

Call testing was where the Aonic 40 fared the worst. People on the other end told me I sounded poor and muddy, despite the headphones promising “premium quality” by way of a dual-beamforming mic array. There’s no sugarcoating the mics, Shure just dropped the ball here.

Active noise cancellation (ANC) was the biggest letdown for me. While not awful, it’s closer to the ANC on AirPods Pro. They’re not near the leagues of proper headphones like the QC45 and WH-1000XM4 they should be competing with. AirPods Pro ANC is impressive for wireless earbuds, but I expect a greater level of isolation from something that totally covers my ears. A very common use case for ANC headphones is just turning them on without playing any audio to aid in sleep or reading on a plane. The ANC on the Aonic 40 does a good job of rolling off lower hums of ambient sound, things like HVAC units, but I was still able to hear surrounding conversations and jet noise more than I’d like to. The ANC here is most effective when the headphones are playing audio, but don’t expect the Aonic 40 to be your go-tos for coffee-shop focus mode work sessions unless you like to work with music.

The story of the Aonic 40 is one of tradeoffs, both those made by Shure and what buyers of them will make when weighing their choices. For buyers on a budget, they’re a very compelling package and the tagline practically writes itself: Top tier sound for $100 less than the competition.

For buyers on a budget, they’re a very compelling package.

But you do get a lot for the $100 extra that Sony and Bose command. Personally, I think the comfort and superior ANC make the case for spending more, especially since the WH-1000XM4 and Bose QC45 are frequently discounted closer to the Aonic 40 MSRP. The big question is one of your own budget, but Shure does make that decision harder than it should be. The sound quality on the Aonic 40 really is that good so long as you're not making many calls.