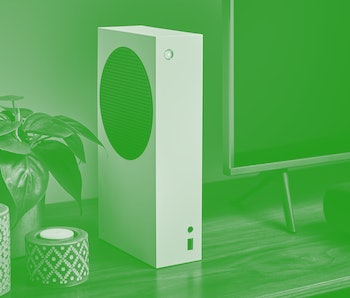 I wanted the tall, matte black Series X, when Xbox first announced its next-gen gaming consoles. Everything about the more expensive console, from its aesthetics to its processing power, screamed ultra-modern. I scoured the internet for weeks. Then I checked my bank account and changed my plans.

The Series S, I worried, wouldn’t have enough storage for all the games I planned to speed through. It wouldn’t allow me to buy physical discs at all. It would blend into its surroundings too well, with its smaller physical footprint and understated white design.

But it was also $299. That $200 price difference was enough to make me seriously contemplate going for the little sibling despite my misgivings. When I miraculously watched a Series S appear in-stock on a lesser-known electronics site, I made the snap decision to buy it. I could always sell it later and upgrade, right?

Now, just about a year later, I can say honestly that I haven’t thought about selling my little white console in many months. No, I fell hard for the Series S in all its supposed shortcomings.

The Series S and the Series X are similar in a myriad of ways. This is one of Xbox’s biggest selling points in its current generation of consoles: that its groundbreaking gaming innovations are available no matter if you choose black or white. Smart Delivery, variable rate shading, raytracing, spatial sound, 120 FPS gaming — your new Xbox will include these, no matter which you choose.

One of the Series X’s biggest draws is its 1TB solid state drive, twice that available in the Series S. This, more than any other feature, troubled me after I’d put in my credit card info. I’d read plenty of horror stories about gamers running out of storage space after downloading just a handful of new titles.

Here’s the thing I quickly came to realize about storage space: It is incredibly easy to make more of it. There’s this really handy option called delete that will, in a matter of moments, free up many gigabytes of space on your SSD. The trick was remembering that, unlike a physical disc collection, getting rid of a game didn’t mean I was doing so for good. I can re-download it at any time. Hitting the delete button doesn’t reverse my purchase or my game progress. It’s all waiting for me whenever I decide to return. (And, if you happen to get really impatient, Seagate makes 512GB, 1TB, and 2TB expansion cards for the console.)

What’s really endeared me to this little white console is its immense performance capacity. It’s one thing to read about how it keeps pace with the Series X in so many regards; it’s another entirely to experience it first-hand. I have yet to witness a game struggle on the Series S. Loading times are consistently speedy. I can switch back and forth between apps and games without any fear of crashing the whole ordeal. I can’t even say that about my $1,200 MacBook Pro. And the Series S does it all without even making a sound. I have to put my face up against it to even know the fan is running.

I’ve come to love my Series S so much it’s even become my default entertainment center. Just about every streaming site you can think of has created an Xbox app (even Bravo has one — Real Housewives fans rejoice), and most of them work seamlessly. And the included Edge browser is full-featured, too — I’ve yet to find a video it isn’t compatible with. I could even watch in 8K, if I had a TV capable of displaying that many pixels. Basically, I can pick up my Xbox controller and do just about anything.

More hardcore gamers might disagree with my assessment here. Collectors will miss the physical discs, the lack of 4K gaming may be off-putting for graphics purists, four teraflops of processing power could seem paltry next to the 12 offered by the Series X, but for anyone else, I’d recommend it any day. Now if you’ll excuse me, I have to get back to The Witcher 3.