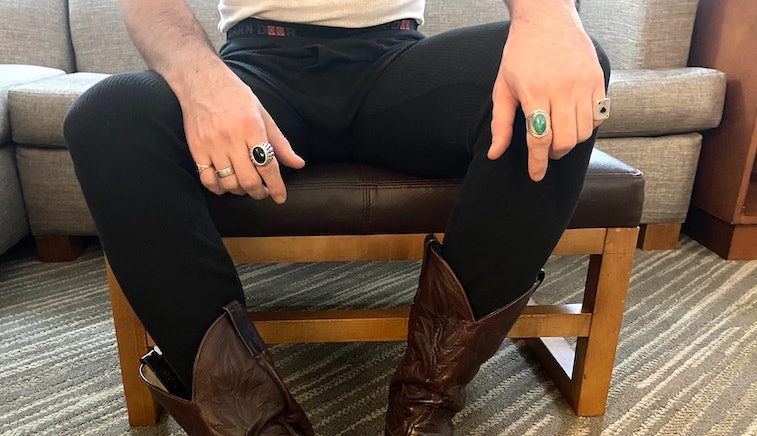 After a lifetime spent in the Deep South, I found myself standing under an early morning snow flurry waiting for my dog to take his post-breakfast dump. It was both the first weekend in November, as well as my girlfriend’s and my first weekend living in the American Heartland. “This is it. This is our life now,” I muttered to myself.

Which was, in all honesty, very much fine with me. After a seven-year tenure in New Orleans, the last months of which were spent enduring and subsequently cleaning up after a historic hurricane, I was ready for a change of pace. But there was no denying that the cultural and climatic differences between New Orleans, Louisiana, and Lafayette, Indiana, would be intense. Particularly, as so many people loved to remind us, the weather.

It’s easy to dress for heat and humidity: you don’t. Just wear less and less clothing until it is either A) comfortable enough, or B) socially unacceptable. Midwest winters, however, already proved themselves a more formidable challenge. Too many layers, and you wind up sweating through your sweater the moment you move indoors. Too few, and you lose feeling in your extremities. I’m still tinkering with what works best for me, but one piece of clothing is already a tried-and-true closet mainstay, a garment that made me not mind standing in the freezing cold while Dr. Mordechai Pepperoni did his business: cheap, no frills, and... um, extremely form-fitting thermal underwear...

I had absolutely zero use for thermals until our relocation to Indiana. Winters could get temporarily frigid in New Orleans, but a couple nights’ worth of chilliness wasn’t worth the time, money, and effort into stocking up on insulating shell layers. But my newfound embrace of the Midwest almost immediately caused me to go out and stock up on multiple pairs of thermal leggings, as well as long-sleeve shirts. Best wardrobe decision I’ve made here so far.

I really had no idea how useful these garments were until coming to a place where they were all-but-necessary. Thermals keep you warm without overheating and remain lightweight enough to not encumber your movements. It’s genuinely striking how noticeable the difference is on mornings when I happen to walk outside without them on underneath my sweatpants or jeans.

While there are a bunch of “cutting-edge” fabrics out there to choose from, in all honesty, the solid waffle-patterned cotton undies are suiting me just fine. They’re also much cheaper than their scientific relatives, and given how often I am using them, I wanted quite a few pairs to keep things in clean rotation.

Thermal underwear is also ridiculously comfortable. Case in point: the photos you have endured so far. It doesn’t take a keen eye to realize that these wonderfully artistic and casual images were taken in a hotel room. Although I am currently spending the week visiting my partner’s family in Las Vegas — a city not exactly known for its arctic climes — I still packed a pair of thermals with me because they’re so damn nice. I might not need them when we are outside, but they’re great loungewear for hanging out in our room between family visits. You’re welcome for the pics, by the way.

If you happen to live in an area that gets genuinely cold during the winter months and don’t already own some thermals, then you’re missing out on having a much more pleasant season. The pair I brought with me to Vegas happens to be a brand purchased via a retail chain we found in Indiana called Rural King, a store we only recently discovered is currently celebrating its “Church Week,” in which it donates 10 percent of your receipt to a “registered Christian org of your choice.” Target also has great thermal offerings, though...

As I mentioned earlier, I mastered climate here. Still trying to get a handle on the culture, though.

It doesn't take (or cost) much to keep you covered and comfortable during the winter.