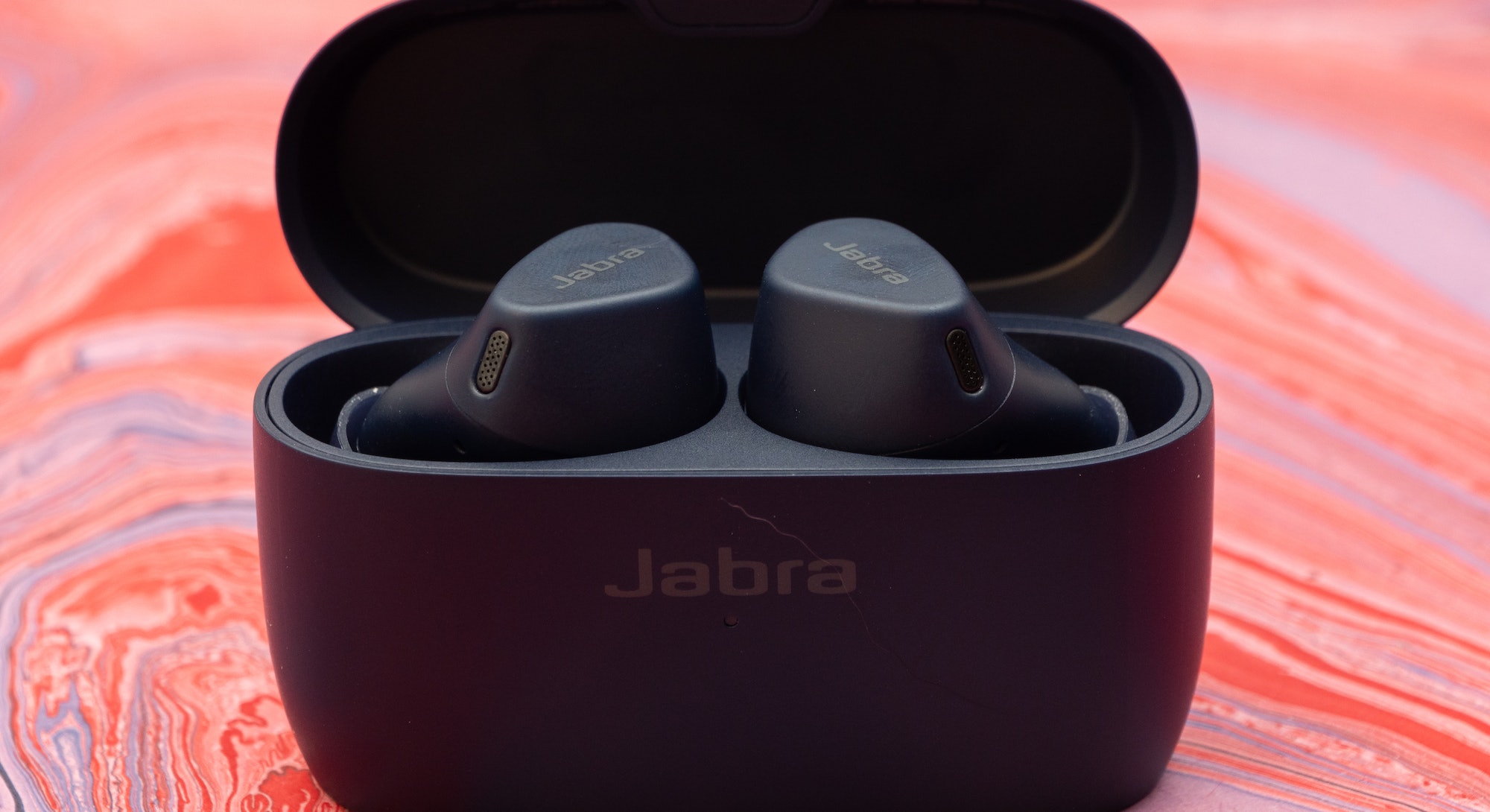 Despite some initial excitement, I wasn’t a fan of Jabra’s Elite 7 Pro wireless earbuds and their new design language.

I found them to be very uncomfortable, the audio quality was subpar at the time, and the active noise cancellation (ANC) wasn’t nearly as effective as I’d come to expect from $200 wireless earbuds. My colleague, Alejandro, however, found the Jabra Elite 3, which run for $80, to be a much better sell, assuming the new form factor of the earbuds fit your ears.

This is where the newly announced Jabra Elite 4 Active come in. Only four months after the debut of the Elite 3 and 7, Jabra has already made some key improvements that make these earbuds a sign that my initial optimism about the company’s new direction was not unfounded.

The Elite 4 Active are not only the most comfortable earbuds Jabra’s new design strategy has produced so far, but they even manage to pack fairly effective ANC for $120, and better sound quality than the Elite 3 to boot. I have a few quibbles, but they’re a solid package and give reason to to be excited again for what Jabra has coming down the line.

If you can live without in-ear detect, these budget earbuds offer a lot for the price.

From a glance, the Elite 4 Active barely look different from the Elite 7 and Elite 3. The earbuds are super tiny and lightweight and fit snugly into your ear without protrusion.

The charging case is different in a few key ways. It’s no longer the thin/long case found on the Elite 7, but a taller case with a thin top-flap. It’s slightly wider and slightly deeper than an AirPods Pro case and is plenty pocketable if not a bit inelegant looking. Inside are strong magnets to help the earbuds snap into their charging pins properly. The most important change to the case is the inner material. It has matte plastic, and not the soft-touch, grime-prone material that adorned the Elite 7 Pro case — it’s a huge improvement.

However, Jabra has made some small tweaks to the inward-facing side of the earbuds themselves that make the biggest difference in comfort. The bud is ever slightly more bulbous in the back that nestles into the concha of the ear. Jabra told me that it applied a new coating to the Elite 4 that is different from the “premium” ShakeGrip coating found on the Elite 7 Active that should still help the earbuds stay in place better.

While those changes may seem minor, they made a world of difference for me compared to the Elite 7 Pro, a pair of wireless earbuds that I couldn’t get to fit right. The Elite 4 Active are easy to twist into place and lock into your ear, and they feel super secure without being too tight once you find the right ear tips for yourself.

Speaking of ear tips, Jabra says these are a bit more slender and go deeper into the ear for a better fit. This is another change that helped my experience, as a big holdup I had with the Elite 7 Pro was that none of the three ear tips worked for me.

The comfort here still isn’t perfect, as I would still experience hot ears and get fatigue in my canal after two hours of wear. Premium earbuds like the AirPods Pro avoid this with vents to let some air in, but it’s still a night and day improvement in overall fit compared to the Elite 7. Granted, I’m in the minority when it comes to the Elite 7 Pro’s fit, which has received several favorable reviews from other outlets, but it’s good to see Jabra working to make earbuds that better fit more people.

A quick aside to highlight my point. I had the chance to let my grandfather, who also has issues finding a good fit on earbuds, try out the Elite 4 Active, and they were a success for him. He was easily able to secure them into place comfortably and wasn’t able to shake them out. He’s someone who avoids earbuds altogether because of fit problems so this was a huge win.

Sound quality is another area where Jabra has improved on the Elite 4 Active, both compared to the Elite 3 and 7 from my perspective at least. A Jabra spokesperson told me a November firmware update was issued to address audio performance on the Elite 7. I’ve been able to verify the fix and will be updating that review to reflect the changes.

However, like the Elite 7 Pro and Elite 3, Jabra is still making fairly boring choices with its default EQ setting here. Like those other earbuds, anyone who buys the Elite 4 Active should immediately go into the Jabra Sound+ app and switch the EQ to “Smooth” for the best audio experience. The default EQ design here is just too flat and unexciting, especially for earbuds intended for gym use. Once set to “Smooth,” the audio on the Elite 4 Active is very impressive. My stress-test playlist, which covers a wide variety of genres, instrument types, and track complexity, was no problem for these wireless earbuds. From Prince’s “Clouds” to Lorde’s “Green Light,” I had a blast running with the Elite 4 Active.

If Jabra would just make their “Smooth” setting the default EQ, I’d honestly have no complaints with audio quality here. The Elite 4 Active sound terrific when set right.

Jabra says that the chipset and audio components in the Elite 4 Active are higher end than those in the Elite 3, but not quite on par with the Elite 7 series. This is what enables a feed-forward ANC system (one that works without an inner microphone to measure sound in your ears). While Jabra emphasizes that its other wireless earbuds have a more advanced ANC system, I actually found the Elite 4 Active’s ANC to be very effective for a pair of earbuds at this price. It’s nowhere near the gold standard set by Sony’s WF-1000XM4 and AirPods Pro, but I found the ANC to be plenty effective on an airplane and never uncomfortable.

Jabra is still using a series of ANC profiles in its Sound+ app that users should toggle through to pick the right one. I still found it confusing and was never quite sure if I had the best setting for my hearing, but I was able to land on a setting that I think provides the best effect. However, the Sound+ app isn’t required to enable ANC on the Elite 4 Active if you don’t want to toggle through profiles.

Jabra has made a lot of good choices here to deliver a compelling set of budget earbuds but that doesn’t mean these come without any tradeoffs.

For starters, you don’t get wireless charging in the case, which is not unusual for this price range. Some budget wireless earbuds include it, like the $100 Nothing Ear (1), others don’t like the $150 Beats Studio Buds.

What I’d call the most glaring omission is the complete lack of in-ear detect sensors on the Elite 4 Active. This is one of those features that’s so commonplace in wireless earbuds that you don’t even think of it as a feature. The use of IR proximity sensors is such a basic feature, in fact, that Apple is now switching to sensors that can specifically detect your skin on its AirPods 3 and Beats Fit Pro for increased accuracy. Jabra did not respond to a request for comment on this omission.

The Elite 4 Active make for one of Jabra’s most compelling earbuds in years thanks to their excellent audio quality, good ANC performance, and attractive price tag. If you can overlook the lack of in-ear detection, you’ll find them to be one of the best all-arounder budget wireless earbuds on the market.

Battery life is also a strong point. The Elite 4 Active buds are rated for 7 hours on a single charge and 28 hours with the case regardless of ANC setting Jabra tells me. In my testing, I found this to hold true. Even with ANC on, long listening sessions never led to concerning battery drain and I could easily go a week between charges of the case.

To me, the most important thing about the Elite 4 Active is the tweaked shape. It shows that Jabra’s new design language has more promise than the Elite 3 and 7 initially suggested. Whatever Jabra has coming down the line as it continues to refresh its wireless earbuds (maybe an “Elite 8” is coming to supplant the 85T at some point), the design of the Elite 4 Active should be Jabra’s north star. It really is that much more comfortable.