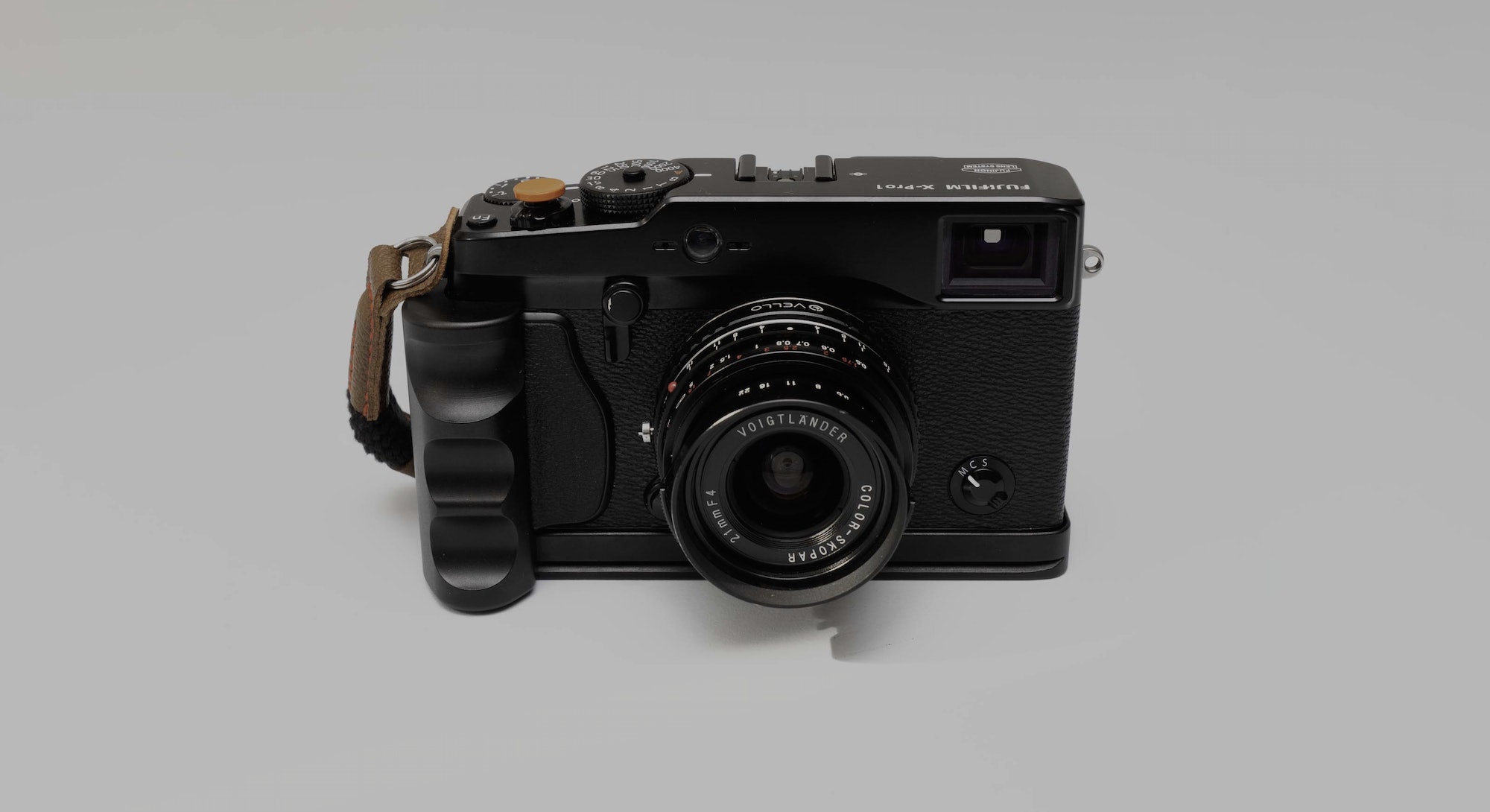 If you follow me on Twitter, you’ve probably noticed that I’ve fallen down a film hole recently.

This led to me buying a Canon EOS 7 and eventually a Voightlander Bessa R4A rangefinder camera. Both are amazing, but the huge optical viewfinder on the Bessa really spoke to me on a spiritual level.

My infatuation with the Bessa led me to wonder: are Fujifilm’s X-Pro cameras actually good? Was the optical viewfinder (OVF) comparable? So I did what anyone would do: started watching YouTube reviews. That’s when I noticed a frankly startling number (1, 2, 3, 4, 5, 6, 7, 8) of recent X-Pro1 reviews where the host talks about the “film-like” qualities of the ancient 16-megapixel sensor.

Before we go on, it’s useful to explain a little bit about the X-Pro1 and its sensor. When it came out in 2012, the X-Pro1 marked several firsts for Fujifilm. It was the company’s first foray into mirrorless cameras, and the X-mount would be the foundation for almost 10 years of Fuji lenses. It also marked the debut of Fujifilm’s X-Trans sensor, which offers a completely different pixel layout on the image sensor compared to other cameras. Here’s how David Pierce described it in a review on The Verge:

“The unique feature of the X-Trans sensor is the randomization of its colors; instead of a repeating RGB pattern, the colors are randomized, which should mean less moire — the wavy-looking patterns in many videos — and more accurate colors. The idea was inspired by the random arrangement of silver halide found in old film…”

So anyway, you can tell that by this point I was hooked. Intrigued, and dying to get my hands on a digital camera with an OVF, I ordered an X-Pro1 on eBay for around $500, which was up from the roughly $300 quoted by the YouTubers.

There are some things to keep in mind with these comparisons. First, Kodak ProImage 100 is kind of a grungy film. It works well in bright daylight, but not as well on overcast days and in the forest. Second, these X-Pro1 images are edited. They’re RAWs processed with the Lightroom version of Fujifilm’s “Pro Neg Hi” film emulation and given basic exposure and white balance treatments.

All that said, I actually think the YouTubers are right: there is something special about the rendering from the X-Pro1. I wouldn’t say that every picture looks like it was shot on film — not by a long shot. But I would say that there is something decidedly vintage about the way X-Pro1 images come out, and with the right treatment, I think they really could look strikingly similar to film.

Specifically, I have noticed that images look more “digital” the higher the resolution they are, so the X-Pro1’s 16-megapixel sensor is a good fit for a vintage look. In case you couldn’t tell from the images above, 35mm film isn’t actually that high-res, especially consumer negative film, so when you jack up the ISO on the X-Pro1 and the image gets a little mushy and a little grainy, I can see how people interpret that as distinctly film-like.

Is it worth it?

But there’s another piece of insight hiding within the X-Pro1, and that is that older cameras are still surprisingly capable. I’ve been shooting the X-Pro1 strictly manually, and so I don’t struggle with the camera’s apparently very slow autofocus. But from an image quality standpoint the X-Pro1 definitely still delivers.

The X-Pro1 is a blast to shoot with.

The X-Pro1 is a blast to shoot with, but I wouldn’t pay more than $300 for one. The OVF is small and the electronic frame lines just don’t work correctly, at least in my experience. But if you’re in the market for a vintage digital camera that works with vintage lenses, a Fujifilm X-E1 would probably be a much better buy. It’s basically the same camera but without the OVF, and you can find them in the $300 range even with today’s inflated prices.