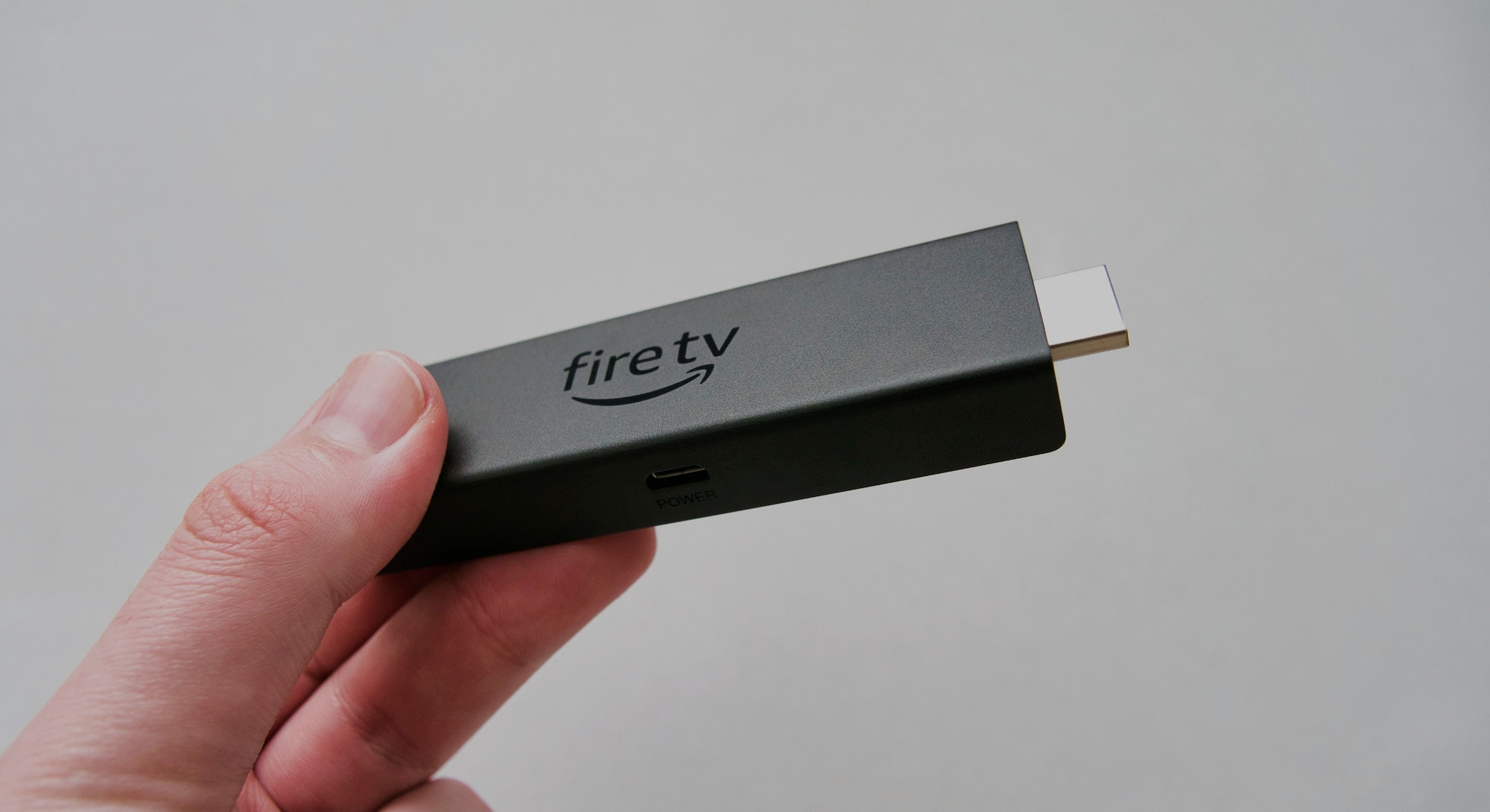 To review the Fire TV Stick 4K Max is to review something for somebody in a cell.

If you’re the person who allowed Jeff Bezos’ tendrils into every corner of your world, then you’re probably going to enjoy Amazon’s latest budget streaming device. Do you have an Echo device in every room of your home to make smart home management a breeze? Do you adorn your home’s exterior with products from best friends of the police, Ring? Did you decide to use Eero routers for your home Wi-Fi because you admired its advanced technology before Amazon bought them out? (I am in the third camp).

Just like every Fire TV device Amazon offers, the 4K Max is going to fit best in the world of the Amazon diehard.

But if you’re not completely enveloped in Jeff Bezos’ dream world, or you are but just want a streaming experience that isn’t, uh, awful, you should look elsewhere. While the Fire Stick 4K Max packs impressive hardware and specs, the core operating system that runs it, Fire OS, remains as flawed and insulting as ever. It’s a supremely unpleasant product to use, and this experience can only be fixed by a cosmic shift in Amazon’s streaming philosophy.

On a hardware level, the Fire TV Stick 4K Max looks like a Fire TV Stick 4K got stung by a bee. It’s extremely chunky. That extra bulk houses a faster chip and Wi-Fi 6 antennas, something lacking on Roku’s fantastic Streaming Stick 4K; also, a tighter fit on TVs. Thankfully, Amazon includes a short HDMI extension cord to make things easier, which I had to use on my thin-profile LG CX OLED. The Micro-USB port on the 4K Max is awkwardly located. On my TV, the cable juts up instead of being on the end of the stick or the bottom. This adds unnecessary extra tension to the cable if your power outlet is a bit of a stretch away.

Aside from the headline features of a faster processor and Wi-Fi 6, the 4K Max has features I did not expect for a streaming stick at this price. It’s got a proper HDMI 2.1 port, and Amazon has already turned on some of the best HDMI 2.1 features. There’s an option to enable 10-bit and 12-bit color depth in the settings and auto low-latency mode (ALLM) for games is on by default if you want to use Amazon’s Luna gaming service. Apple’s newest Apple TV 4K also has an HDMI 2.1 port, but has yet to enable any of that functionality aside from 60Hz HDR video playback.

While no streaming service, including Prime Video, supports 10-bit or 12-bit color, seeing it already enabled on the 4K Max should give future proofers more confidence to pick this up.

That’s the end of the positives, though. The 4K Max hardware is really impressive — full stop. Amazon’s philosophy around TV software is so utterly broken that it makes its entire ecosystem of TV devices worth skipping if you can.

It all starts with the homescreen, or Amazon products billboard as it should be called. Fire OS teases you with an insulting imitation of the “continue watching” bar that better smart TV platforms from Google and Apple offer. While there is a continue watching bar, it only aggregates from Prime Video and any channels you subscribe to through Prime. Imagine if the Apple TV 4K’s TV app only displayed Apple TV+ content, or Google TV only showed your YouTube subscriptions feed. Roku OS doesn’t offer cross-app aggregation, but at least it doesn’t pretend to be something it isn’t.

The home screen only gets worse as you scroll down. It feels like every other row of “suggested content” is an advertisement. Nothing here feels tailored to my taste or properly selected across my various streaming apps.

Apps you have installed do get the chance to offer you something on the lower levels of the home screen, but you have to scroll through so many rows of ads, “suggestions” from irrelevant streaming services that pay for screen space, that you’ll probably just navigate directly to those apps instead of bothering with the waste of binary that is this home screen.

The “suggestions” from your installed apps aren’t much help anyway. Amazon severely limits what can be displayed, so you get the broadest possible content from each app you do care about. Netflix, for instance, felt the need to advertise its transphobic Dave Chappele special to me as one of the 10 newest pieces of content it’s most proud of. Those limits are most apparent when you navigate to the tile for the streaming app you actually want to use. The row of content suggestions that drops down from each app is identical to what those apps can insert to the home menu under the mountain of ads.

To say the least, Fire OS continues to fail at offering a good universal interface. Amazon makes it harder to get to and find new content than any other streaming platform. Going back to Roku, the speed of navigation of that interface is what makes up for a complete lack of content aggregation and suggestion.

Yes, you’re not getting a more tailored home screen like Apple and Google offer, but there’s nothing in the way of getting to your apps. Amazon is always trying to make another sale; Roku has one ad on the home screen at a time you can completely ignore and doesn’t get in the way of a single app. (If it bothers you that much, you can always block their ad-server on your router completely if you want to play around with network level DNS blocks like Pi-Hole or your router supports specific domain blocking natively.)

There are also a handful of bugs that aren’t acceptable to anyone who’s a home theater enthusiast. While the 4K Max does support changing the refresh rate of your TV to match your content in settings, I wasn’t able to get it to work on any streaming app. My TV’s refresh rate stayed locked at 60Hz no matter what I was watching. It also pushes its Alexa features way too hard on you. Apps that support direct Alexa playback, where you can ask for a specific show and it’ll play in the right app immediately, display annoying pop-ups when you first open them. These pop-ups took up a quarter of the screen and made navigating even worse until they went away.

The worst thing is that some people are so entrenched in the Amazon world they probably don’t care that a better streaming life is possible. Countless consumers will buy an Amazon streaming stick to get a free Echo Dot during a flash sale, or snag a Fire OS-equipped TV because of how cheap they’re sold for. Amazon knows it has these people hook, line, and sinker, and has no incentive to improve its software.

All I can do is implore those who are shopping for a streaming stick, customers who already dislike the interface of their smart TV, to please look elsewhere. Grab a Chromecast with Google TV or a Roku if you’re on a budget, or spend more for an Apple TV if you want a premium experience without ads. Each of these three platforms has its own philosophy on what makes for a good streaming experience, but all three are at least good ideas.

To be clear, if Amazon does right by its customers and redesigns Fire OS to actually favor users watching the content they want to watch, I will change my tune about this and all of its streaming devices. I have many, many issues with Amazon as a company but I will call a spade a spade if the software is good.

The Fire TV Stick 4K Max does a lot right to stay ahead of the curve from a features point of view, but as long as it runs software that is anything close to what it runs today, I can’t in good conscience tell someone to buy it. This could have been the best budget streaming device on the market. Instead, it just carries the same failures in a shinier package. Even the most entrenched Alexa users deserve more than this.