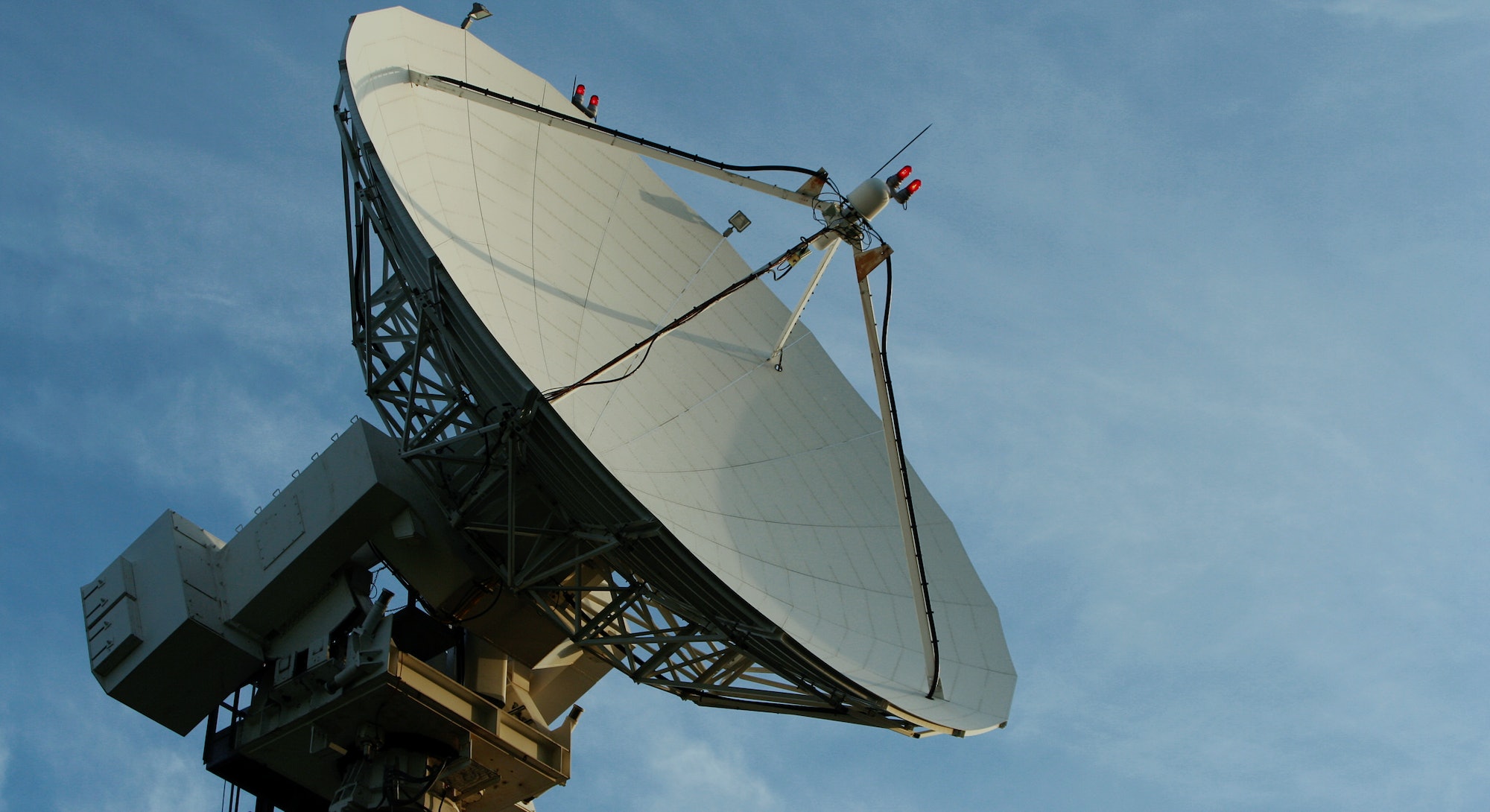 For reference, that’s more than everyone living in Florida, the third most populous state in the U.S. While I am old enough to remember what it was like living in an era without YouTube, I certainly wouldn’t want to live in that era today. I mean, not having access to all those car repair and obscure PC troubleshooting videos alone seems almost inhumane.

As the FCC’s 2018 broadband report shows, this is not a new problem — rural communities have been underserved since the internet’s invention. And like any long-standing unsolved problem, people have been taking measures into their own hands. People have been creating their own municipal mesh networks, WISPs (wireless internet service providers), and more recently, relying on new technologies like Starlink.

Congress approved President Biden’s $65 billion broadband infrastructure plan, but it will take time for that money to turn into actual internet service, assuming it’s not going to all the wrong places. And if you clicked on this article, chances are good that you need internet (or better internet access) right now.

So let’s look at the options.

Hughesnet came online in 1996 and uses satellites in geostationary orbit to deliver internet to customers. There are many reasons why Hughesnet is generally despised by rural internet wanters, and that’s because it’s slow, has low data caps, and is wildly expensive for what you get.

The company’s top data package costs $159.99 a month (unless you pay for six months at a time), and this includes only 75GB of high-speed data, after which you’ll be capped to 1-3Mbps. This so-called high-speed data clocks in at just 25Mbps download, and 3Mbps upload. It says right on the company’s website that “HughesNet is not recommended for real-time gaming, VPN usage, or full-time video streaming as a replacement for TV service,” likely because of the high ping time of geostationary satellites, so remote work with zoom calls is kind of out.

Viasat, on the other hand, has slightly better offerings for residential customers. Its top data package costs $199.99 a month (after the introductory price) and offers 100Mbps of download speed which is good for 150GB. After that, you’ll be throttled to “Standard Data” speeds, and Viasat doesn’t make it clear what that speed is. According to this CNET review, however, many people find they only get 12Mbps of download speed in the real world.

A slightly better option than Hughesnet, but still crummy if you need to do anything of importance.

This brings us to Starlink, SpaceX’s low-earth-orbit satellite constellation that’s out to eat both Hughesnet and Viasat’s lunch.

First, let’s get the table stakes out of the way: Starlink is currently in public beta, meaning that some finer details of its plans may change in the future. It offers only one plan at $110 a month which gets you 100Mbps (and rising) of download speed with no data cap, though back in 2020 the Starlink team vaguely reserved the right to throttle people abusing the network in a Reddit AMA. And according to Ookla, many people actually get close to 100Mbps in the real world.

So not only is Starlink dramatically out-performing Hughesnet and Viasat in terms of raw speed, it’s doing it for a bit less money with no data cap. Another thing that differentiates Starlink is its latency, which is significantly better than its competitors. Because Viasat and Hughesnet satellites occupy a much higher orbit, they inherently have much higher latency. That’s not to say that video calling on Starlink will always be ideal, but it is at least on the table.

Finally, Starlink just took the wraps off of a $25 upgrade that allows you to temporarily take your antenna with you. I am currently in the process of building a camper van, and let me tell you, this option is very appealing.

The only big problem with Starlink is that it’s still not available everywhere, or to that many people. You can check your address with the company’s official map.

Starlink is operated by SpaceX. That is all.

When my parents moved to their rural home about 10 years ago, 4G internet access wasn’t nearly as fast as it is today, and they certainly didn’t get enough of it to substitute for a hardline connection.

Thankfully 4G is both faster and more built-out today, so now my folks use an unlimited T-Mobile line for internet access. If you need internet access on an immediate basis and you have even a shred of signal, 4G is the way to go. Not only can you get set up with cheap hardware, but the plans are almost always cheaper than satellite.

AT&T, T-Mobile, and Verizon all have wireless home internet services, and if they’re offered in your area, this is likely the best way to go. Our reviews editor Raymond Wong reviewed T-Mobile’s Home Internet service and found it to be pretty solid in the city.

The problem is, these services aren’t offered everywhere that has cell service. So you may find yourself in an area where T-Mobile has a pretty good signal, but doesn’t offer its official T-Mobile home internet service, which comes with its own specialized 5G (and 4G) router.

So if you can get these services, great. For everyone out there that gets cell service but isn’t covered by one of these home internet plans, you have a couple of options:

Anyway, The Calyx Institute runs on a yearly membership basis that starts at $500 a year (then costs $400 each year after that) or a higher tier at $750 a year (then $500 every year after). The cheaper plan nets out at $41.66 a month, which isn’t bad at all, and the membership includes hotspots that are actually pretty decent.

The only real downside is that you have to use the hotspots that the organization provides to you, and none of them have external antenna ports. For people in rural locations with poor service, this is a real deal-breaker.

Calyx is an internet service you should look into if T-Mobile has strong coverage in your area.

Right now, some people are using cellphone and tablet plans as their primary internet connection because they have no choice. This is often – but not always – a violation of a carrier’s Terms of Service (ToS), and each carrier has its own methods of enforcement. Some carriers use IMEI filtering to block unapproved devices. Others differentiate between regular and “hotspot” data by TTL (Windows uses a TTL of 128 while phones use TTL 65). With the right hardware (like a cellular router) and software, these limits can be circumvented, but you do so at your own risk.

If satellite and 4G won’t fit the bill, there is one remaining option, and that’s DSL. Yep, internet over the phone lines. It’s not fast, but it is better than nothing.

The biggest “nationwide” providers these days are AT&T, CenturyLink, Frontier, and Kinetic by Windstream, but you should definitely look for a local provider, as they will often have much better prices.

These services usually top out at about 768Kbps per line, but I have seen instances where people buy multiple lines and bond them together (which we’ll get into in a moment), for something a little bit closer to broadband.

Though I personally wouldn’t go this route for my general internet access, I might consider buying a couple of DSL lines specifically for video calls since the latency is actually quite good at 10-25ms.

CenturyLink claims “up to 100Mbps” from its DSL. I would love to see it.

Frontier gives few details on speed, but data is unlimited.

Offers a mix of internet services “up to 100Mbps.” Worst name of the bunch.

Okay, this is probably too nerdy for most people, but if you live in the sticks and want fast internet access, you’re going to have to get technical.

There are lots of times when bonding connections make sense. The most obvious use case is combining 4G service from multiple carriers. This is what I’m doing with my camper van since I won’t be in one fixed location. I’ve tested this a lot, and perhaps the most underrated thing about bonding cell service from multiple carriers is that it smooths out moments of tower congestion.

But there are other scenarios, too. If you want to use 4G cell service but don’t want to be in violation of any Terms of Service (ToS), you could pick up a couple of T-Mobile’s prepaid 50GB plans and bond them with an unlimited hotspot plan like the one from Visible. This would give you 100GB of high-speed data and then use Visible’s 5Mbps hotspot as a fallback.

So how do you actually do the bonding? Well, there are basically two pieces of software for doing it. One is free and extremely complicated, the other costs money and is much simpler.

Internet bonding for the hardcore techies.

The free, open-source way of bonding internet connections is with OpenMPTCPRouter. Like I said, it is quite technical, so I’m going to drop a tutorial video and back away slowly.

The other way is with Speedify, a piece of software that runs on your computer that will automatically bond all available internet connections. It has a lot of nice quality-of-life features too, like the ability to prioritize connections, set data caps, and a handy “bypass” feature that makes streaming services work correctly.

Speedify is a little expensive at $14.99 a month, but gets a lot cheaper if you buy yearly plans (or more). The worst thing about Speedify, though, is that it runs on your computer instead of something like a router. There is a fork of OpenWRT with a Speedify integration for the Raspberry Pi called SmoothWAN, but it's not an official product and it’s being maintained by one guy. Still, I’m using it on an RPi 4+ and it’s awesome for my use case.

Good internet bonding with a slick UI and good reliability.

Unfortunately, there is no one-size-fits-all solution for rural internet access in this country. Starlink is the closest to being that solution, but it’s still quite small at around 250,000 users. It will really come down to what’s available in your area, what you’re able to pay for, and how technical you’re able to get.

If you live in an area without internet access, I recommend reaching out to your local representatives and asking them what they’ve done to bring the internet to their rural constituents. I’ve been doing that for almost 10 years in Kentucky and Tennessee, and I’ll do it for another 10 if I have to. But in the meantime, I’ll have my handful of 4G lines to tide me over.

🏕 The Great Outdoors: Your guide to exploring all that our beautiful planet has to offer even if that means still being online (sometimes).