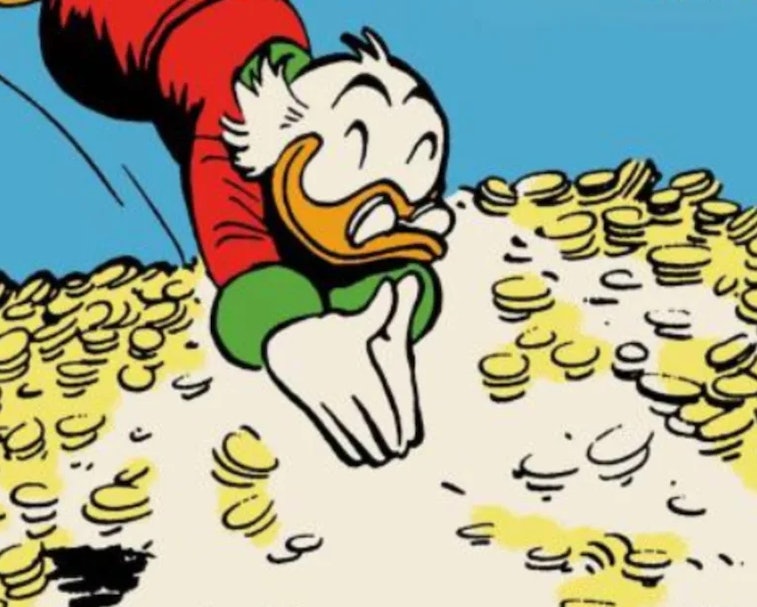 So, you’re finally ready to buy Bitcoin. We just experienced a huge swell in the price of Bitcoin, which is probably what caught your attention, followed by a somewhat steep price correction which is, as I write this, slowly on its way back up.

Now, I’m not here to evangelize Bitcoin — there are thousands of men in their 30s who’ve apparently made that their full-time job on Twitter, YouTube, and podcasting platforms. Plus I own some, and that'd be unethical.

Instead, I think it would be more useful to point out some of the gross injustice of our regular financial system, like the fact that trickle down economics simply doesn’t work. Or that Millenials control only five percent of the wealth in the United States. Or that the Fed is propping up zombie companies (and by extension, the stock market) with low interest rates and by buying up corporate bonds. Did I mention that "a whopping 84 percent of all stocks owned by Americans belong to the wealthiest 10 percent of households," according to a report in The New York Times?

I could go on.

Putting my bitterness about being financially oppressed by Boomers aside for a moment, the knowledge I want to share is how to buy Bitcoin and, ideally, not get owned in the process.

Do not time the market

Here’s the first and probably biggest piece of (completely not financial) advice I have for you: Do not try to time the market.

Why? Because you’re a Bitcoin noob. Unless you’ve watched the price of Bitcoin every day for years (like someone who owns Bitcoin does), you don’t know what a crash looks like, what the bottom looks like, or really anything going on with the price. You’re going to buy high and panic-sell low.

Here’s how it goes: The price of Bitcoin starts going up. You hear about it from your techy friends who earnestly want you to share some of those sick gains they’re seeing. You buy in, and then suddenly there’s a crash. Happens every time.

This naturally puts inexperienced investors off because they don’t know where they are in the cycle, and they feel like they lost money (even though Bitcoin has been profitable basically every day since 2010).

Luckily there is a better way.

More and more exchanges now support recurring buys of one flavor or another. This is called Dollar Cost Averaging (DCA), and it’s not a new technique specific to Bitcoin, it’s a tried-and-true investing strategy that offers good price exposure. But instead of reinventing the wheel, here’s a great explainer on the pros and cons of DCA’ing:

This is helpful, but Bitcoin is not a 1:1 analogue to the stock market. The stock market, for reasons I’ve alluded to above, is basically always creeping upward. Bitcoin, on the other hand, has pretty gnarly dips, and though it seems counterintuitive, you want access to those dips. Buying every day or every week gives you just that.

So then where do you put your money? In all likelihood you’ve already had some exposure to Bitcoin through Coinbase or the Cash app, both of which have recurring buy options. But the name of the game is fees. Oh, and Coinbase CEO Brian Armstrong's rejection of the Black Lives Matter movement that led a number of employees to take their severance and walk.

The Coinbase app charges you 1.49 percent for ACH buys. The Cash app is apparently too clever to disclose its fees online, saying that it “may charge fees when you buy or sell bitcoin.” Cool. Thanks Cash app.

Gemini and Binance, both large crypto exchanges, also feature recurring buys. Gemini has real-dollar fees for transactions on its website and mobile app, and Binance is setup to incentivize you to pay your trading fees in its internal token, so its fee structure is kind of complex.

Depending on how much you buy and at what frequency you can save a lot of money on fees with Swan. See the chart below:

As mentioned above, there are some gains to be had buying daily, so if you end up using Swan, be aware that the service's fees are based on your total weekly transaction, not on the daily amount.

Swan also has another feature that Coinbase doesn’t: it will automatically withdraw your Bitcoin to your private wallet once you reach a certain threshold, and this will make more security-minded customers happy. Exchanges are a constant target for hackers, and since Swan isn’t an exchange and doesn’t hold on to your Bitcoin for very long, it reduces your risk in both dimensions.

This leads us to our last step:

How to hold your Bitcoin

This is actually one of the most difficult steps, and is probably something I’ll write a more in-depth guide on sometime in the future. Holding your Bitcoin is hard, which is why a lot of people have lost a shitload of it.

Here are your options:

You could leave your Bitcoin on an exchange like Coinbase and just hope that it never gets hacked. This is probably the least secure way to hold Bitcoin.

You could hold your Bitcoin in a digital wallet like Samurai, and then just put that phone in Airplane mode and put it in a safe or a drawer. This is a little bit more secure.

You could hold your Bitcoin in a cold storage wallet. This is what most coin heads prefer because they’re flaming libertarians and they like the idea of the government being unable to seize their coins while simultaneously being mortally afraid of being hacked. It is probably the best way to securely hold coins without a third party.

You could hold your Bitcoin in a multi-sig wallet. Multi-sig, which stands for multiple signature, wallets are a relatively new development in the Bitcoin space but the concept is pretty damn cool: You put your Bitcoin into a wallet that you hold two keys for, and a trusted third party holds one key. Then you put your two keys in two separate locations, so if your house burns down, you can use your remaining key and the key from the third party to restore your wallet. The third party actually can’t move or use your funds unless you provide one of the two keys, so you eliminate what’s known as counterparty risk.

The bummer is that, as you choose progressively more secure means to secure your Bitcoin, the more time and technical skill you need to set aside to do it right. It’s probably okay to leave a couple grand on an exchange while you get your feet wet. But I would suggest learning about how to transact Bitcoin, how to store it, and eventually, how to use it to earn interest and stand in as loan collateral. But that's a whole other can of worms.