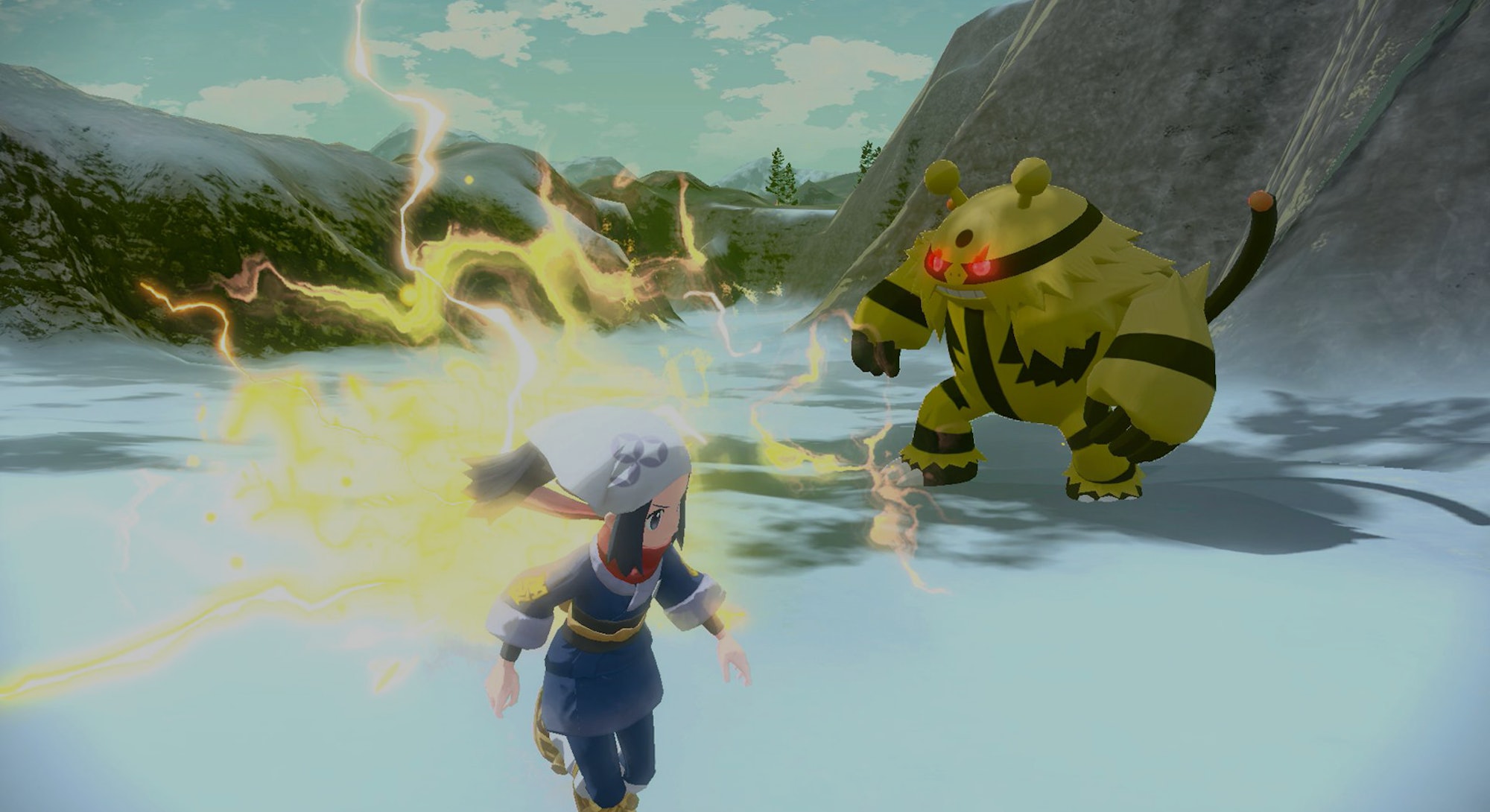 As someone who was good and ready to hang up my trainer hat after the disappointing experience that was Pokémon Sword and Shield (S&S), I’m absolutely stunned to say that Pokémon Legends: Arceus not only brought me back from the brink of franchise fatigue, but actually has me excited for the next entry Game Freak has in store.

S&S were complete wastes of the Switch’s potential, totally stumbling at every earnest attempt made to take advantage of the console’s added horsepower (relative to the 3DS at least). City maps and the battle system were little more than upscaled versions of the 3DS games, and the flagship “Wild Area” featured comically bad performance and resolution dips and, perhaps even worse, wasn’t even that fun to explore.

Game Freak is a very small studio given a notoriously brutal development schedule by Nintendo and The Pokémon Company (the longest gap between any two Game Freak games releasing is just 18 months). It seemed, at the time, their development model simply wasn’t suited for home console game development, and perhaps worse, the studio was out of creative juice.

After spending a good amount of time with Arceus, its new game mechanics, and its most crucial flaws, it’s clear that my gravest fears for this franchise’s future were unfounded. Arceus is fundamentally a new foundation for games to come. It’s as promising for the future as it is deeply flawed. I never thought a game that looked so ugly could make me this happy.

With about 100 hours under my belt and an optimistic eye on the future, here are six things we think Game Freak needs to nail for the next chapter in Pokémon to be great.

As fun as Arceus is, it definitely isn’t the prettiest Switch game around. This could also be said of S&S, which looked downright blurry any time you entered the Wild Area. Where Arceus has improved over S&S is in its performance. The game hits its frame target much more consistently, and frame drops are much less dramatic now. That’s all optimization right there.

Pokémon games and the franchise around them are made in a factory-like fashion — YouTuber Mother’s Basement made a great video about this subject. This system puts unfortunate limits on how much time and money Nintendo can allow Game Freak for each title.

From the brief look at Scarlet/Violet we got, it looks like lighting and sprite textures will be the main upgrade to visuals this time around, with resolution and overall performance likely question marks until launch.

I implore Nintendo to give Game Freak whatever it needs to continue this trend of improving performance on future titles. As gamers, we tolerate hiccups on experiments, but at some point, polish becomes the only standard. If Game Freak can increase the visual quality of the next Pokémon game as much as Arceus improved on performance from S&S, it will be great cause for celebration for trainers everywhere.

From a gameplay perspective, the battle system in Arceus is in need of the most work. It’s certainly promising, but it needs a lot of work to stand the test of time the way the old battle system did.

For starters, it’s incredibly frustrating to have your opener Pokémon repeatedly get KO’d in the first round of a battle and miss out on leveling up if you don’t risk a turn to revive them. It’s the inverse of the old games, where your party would, at some point, become basically immortal. The status quo of Arceus appears to be that your party is now just as squishy as every opponent you face. The issue is that there isn’t really a way to avoid this. Alpha Pokémon that can easily dispatch an entire team of Pokémon, which, by themselves in the wild, are just as delicate as any other once captured. Starter Pokémon are no tougher; even legendary Pokémon don’t feel that menacing at my command now.

I’m not calling for a return to the “my Pokémon are all unkillable gods” balance that the old games were prone to, but Game Freak does need to find a middle ground that gives the player an even sense of stakes, challenge, and reward.

If you’ve played Arceus then you know why this deserves its own section. At multiple points in the game’s story and some random encounter scenarios, you will find yourself facing off against 2 or more Pokémon with only one from your party defending you. At every point you’re left thinking, What the hell, this isn’t fair!

Random encounter “one versus three” fights are the most annoying. If you manage to piss off enough wild Pokémon at once and try to fight just one of them, every nearby Pokémon that’s chasing you gets a chance to jump in on the fun. This is an absolute nightmare in the random “space time rift” areas that pop up, where dozens of aggressive Pokémon are ready to demolish you at every second. All of this would be fine if I could throw my opener a buddy of its own to help. I don’t care why multi-battles went away, I just know I need them back.

Beyond making sure you have a good spread of Pokémon types in your party and having members strong enough to tackle each game region, it’s not an exaggeration to say that the days of the Pokémon in your possession impacting your navigation of the world are basically dead. Every Pokémon is equally capable of gathering berries, breaking boulders, or smashing tumblestones. If Game Freak increases the variety of scavenging, then making certain Pokémon more adept at being your scavengers would go a long way to add a sense of teamwork to the world.

For all the Breath of the Wild comparisons made with this game, there was only one section where I felt like Game Freak had copied notes a bit too much. The temple atop Mount Hisui is the closest this game comes just short of slapping a green hat on your character (though it doesn’t quite get there). The puzzle inside isn’t anywhere close to complicated, but the atmosphere and sense of mystery feel right at home in Hyrule. If Game Freak is serious about setting a new course with this game, adding more dungeons to the next entry and upping the challenge on puzzles would be great, especially if it makes the party Pokémon usage key to solving puzzles.

6. Let me build a true team of Pokémon

The best thing about the Pokémon anime is that Ash doesn’t capture dozens of Pokémon on his journey. Most series have less than a dozen Pokémon in the main cast (excluding Pikachu), split among Ash and his various sidekicks. This sense that Pokémon are their own characters is the secret sauce of the anime, and often leads to the most impactful moments in the series (Ash Greninja, anyone?). I truly believe that Arceus is a solid enough foundation to make this type of Pokémon game possible. A true character-driven RPG built on Arceus’s back would fulfill the fantasy of being a trainer out in the wild like no other game.