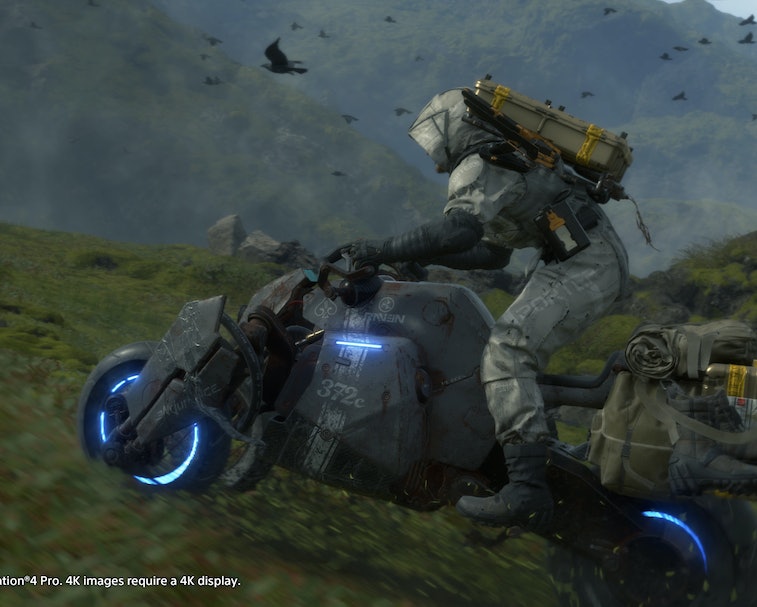 These days the norm for any marquee release, be it another iteration within a popular franchise or the culmination of a years-long vision from an auteur, is to extend the playability to breaking point. Take Death Stranding, the existential, open-world action game from Hideo Kojima, (a figure so legendary in the gaming world that he inspires conspiracy theories). Today a final trailer for the director’s cut edition of the game was released — edited by Kojima himself — and it only further cements the legendary reputation of the game, and of its enigmatic director.

Death Stranding Director’s Cut is set to release on September 24 and is meant to offer an expanded edition of the original game for next-gen consoles. The specs have been loaded with nitrous to match the power of the PlayStation 5: 4K and a 60fps performance mode, with ultra-wide and HDR support. While the game was controversial, there was nothing polarizing about its aesthetic, which was achingly beautiful.

Okay, so what about wide-mode? — Right. Another aspect of the Director’s Cut edition of the game is the introduction of a cinematic, widescreen mode. This feature will add horizontal black bars to the top and bottom of the screen, without cutting out any images, thereby making the aspect ratio 21:9.

This will offer users a broader field of view, all the better to take in the gorgeous vistas, plotting enemies, and essential items. Though we do wonder how it’s going to look on smallish TVs.

As far as shameless extensions of playability go, the release of a Director’s Cut for Death Stranding feels pretty harmless. It would make sense to provide a next-gen version of a game that would truly be able to take advantage of a new console. Regardless of how you feel about the game itself — a work of art that transcends a traditional gaming experience or a boring slog — there’s one thing we can likely all agree on: This release is going to look incredible.