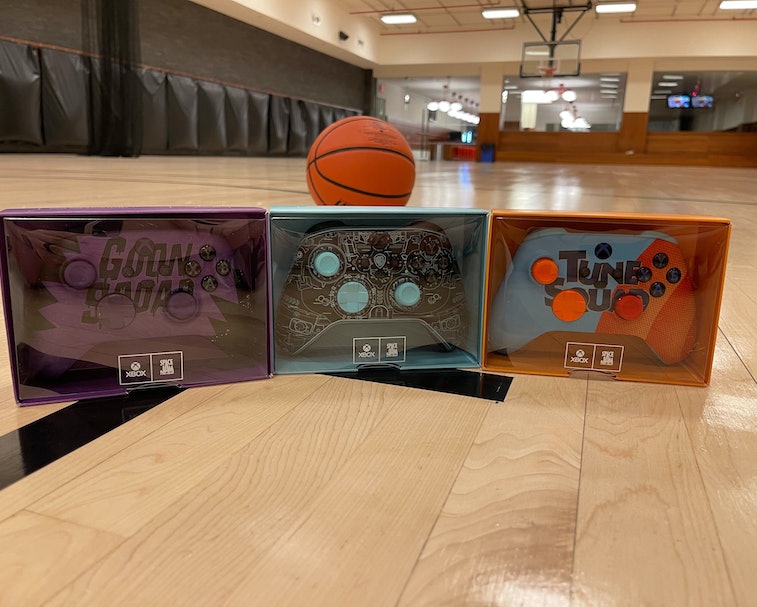 Space Jam: A New Legacy has been rolling out an impressively large lineup of merch for almost a year now, but the much-anticipated sequel still has some surprises left for fans. Today Xbox debuted the trailer for Space Jam: A New Legacy - The Game, which Bugs Bunny says has been developed by none other than Granny herself, with help from fan feedback.

Space Jam: A New Legacy - The Game (no points for creative naming here) looks to be a pixelated button-masher of a title. The art is very stylized, with an arcade feel that lines up pretty perfectly with the much-hyped sequel’s aesthetic choices. Players will be able to control various Space Jam characters — Bugs Bunny, LeBron James, and Lola Bunny are featured in the trailer — while they attempt to beat and roundhouse-kick their way through the Goon Squad.

The game, which is being developed by Digital Eclipse, will launch on July 1 as part of the Xbox Game Pass Ultimate Perks program, a sort of preview for Game Pass members. From July 15 onward, it’ll be available to all Xbox owners for free via the Microsoft Store.

Plus new controllers — Because apparently Space Jam is nothing without a thousand-and-one pieces of themed merch, Xbox is also releasing three new controllers in celebration of the sequel. Each controller retails for $69.99 at the Microsoft Store — about $10 more than the plain-old black or white current-gen Xbox controller.

They’re all compatible with the Xbox Series X, Series S, Xbox One, Windows 10, and Android. All three bold designs will be available beginning July 8 on the Microsoft Store in limited supply.

On that Game Pass vibe — Space Jam: A New Legacy - The Game is not only an Xbox exclusive but a free one at that. This lines up perfectly with the general strategy Xbox has taken as of late, which is to pull customers in with an enormous streaming library and then never let them go.

A free-to-play beat-‘em-up isn’t exactly going to send Space Jam fans racing to find an Xbox Series X, but it is another title Microsoft can add to its swiftly growing Game Pass collection.

And in case you missed the first movie, here’s a great way to catch up: