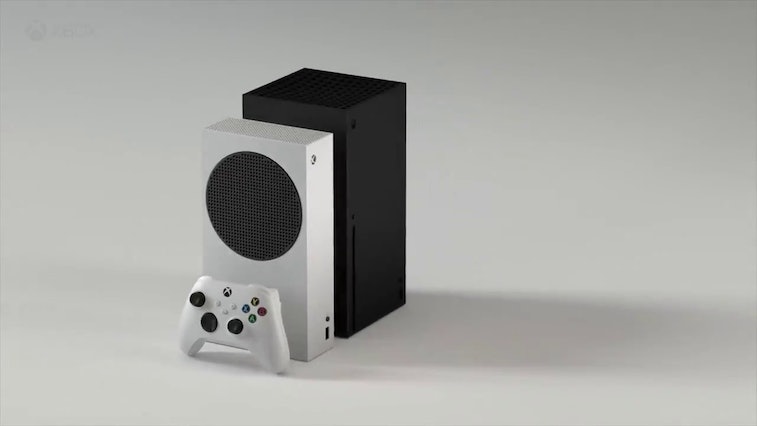 The much-rumored, often-leaked Xbox Series S is coming to your cramped apartment on November 10. Microsoft made the release date official with a launch trailer today, just hours after confirming the smaller next-gen console’s existence on Twitter.

Despite intense efforts to keep plans for the disc-less console under wraps, we’ve basically known about the Series S for months now. The console’s name has been printed on everything from promotional materials to controller manuals. The most surprising thing, really, is that Microsoft has held off this long in making an official announcement. An open secret to end all open secrets.

But up until this week details of the console have been nearly nonexistent, save for some conjecture that it would be smaller and more affordable than the flagship Xbox Series X. The launch trailer confirms the existence of the much smaller console as well as a few key details about its performance.

What we know now — The trailer reveals the design of the Xbox Series S, which is even tinier — and stranger — than our wildest dreams. It’s the smallest Xbox ever, coming in at just 60 percent the size of the Xbox Series X. Wild how much space an optical drive can take up.

But the Series S doesn’t sacrifice much power in downsizing its form factor. It’s capable of outputting 1440p at 120 frames per second, with variable refresh rates and variable rate shading. In the trailer, Microsoft highlights the power of the Series S and its lightning-fast game-switching abilities. The Verge speculates that the slim console might be able to pack this punch by including the same CPU built for the larger Series X.

More info, please — The confirmed $299 price point is extremely enticing. It’s almost unfathomable that next-gen console power could be available at such an affordable entry price.

Now that we know the Series S isn’t a collective hallucination, there are more details we’d like, please. Give us all the details. What’s the big round speaker-looking thing on the front? Will it be expandable beyond its 512 GB solid-state drive? Will there be any way at all to play our shelves full of Xbox One games?

Minutia aside, it really is very exciting that we might be able to play next-gen titles on a $299 device. That price point is really going to put Sony in a tough spot; the company has mentioned on more than one occasion that keeping PS5 production costs to a minimum has been near-impossible.

With just two months until its release — and, presumably, that of its much larger sibling the Series X — we’ll likely hear more details from Microsoft soon.