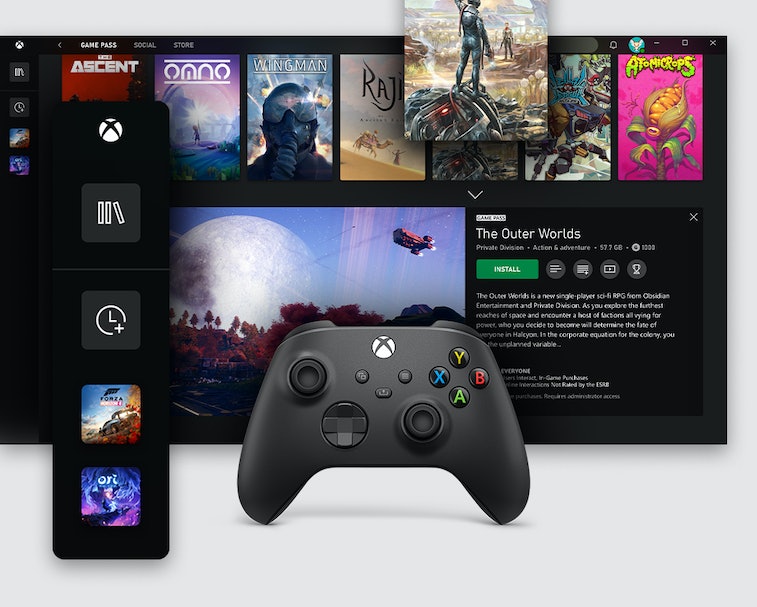 The Xbox application on Windows now shows users if a game will run well on their PC before purchasing and installing new titles. The new feature is a simple performance check label like “Should play great on this PC” that appears directly below the install or play button on the Xbox app.

Why it matters — While this may seem like a strange reminder that the Xbox app knows about all of your PC’s hardware, this new feature may be useful for those with older machines or graphics cards. It’s also more user-friendly for those unsure of their PC’s specifications.

The Xbox app has always listed minimum and recommended system requirements for each game, but now it will automatically assess those requirements and anticipate the gameplay experience.

Solving a UX issue — Upon first use, the Xbox app makes it easy to find and buy games, but its deeper user interface lacks clarity. On the GamePass tab, users have to hover over a wordless button with three lines for “more details” and then navigate to the “more” tab. The word “more” is pretty vague here, so gamers have to embark on a bit of trial-and-error guesswork to find the system requirements for each game. The new performance check labels may have been released to lessen the need for such cumbersome navigation.

Subjective phrasing — While this new feature is a huge help for the less hardware-savvy among us, the Xbox app’s performance check labels use subjective phrasing that might seem ambiguous to more advanced gamers.

Every gamer defines a “great” gaming experience differently, and Microsoft’s performance benchmarks are unclear. Does “great” mean a user can run the game at 240 fps with maxed-out graphics? Or does it mean they might have to make some compromises in order to feel like their game isn’t lagging?

How to get it — Currently, this new feature is only available to those who have downloaded the Xbox Insider Hub app and enabled the Windows Gaming features. Users will have to install the new feature onto the Xbox app and restart the application before the label will begin appearing below each game in the store.

It appears that Microsoft hasn’t evaluated the demands of all its titles in the Xbox store yet, as some titles show “Performance check not available yet,” but it seems like Xbox is looking to complete evaluations on its entire library going forward.