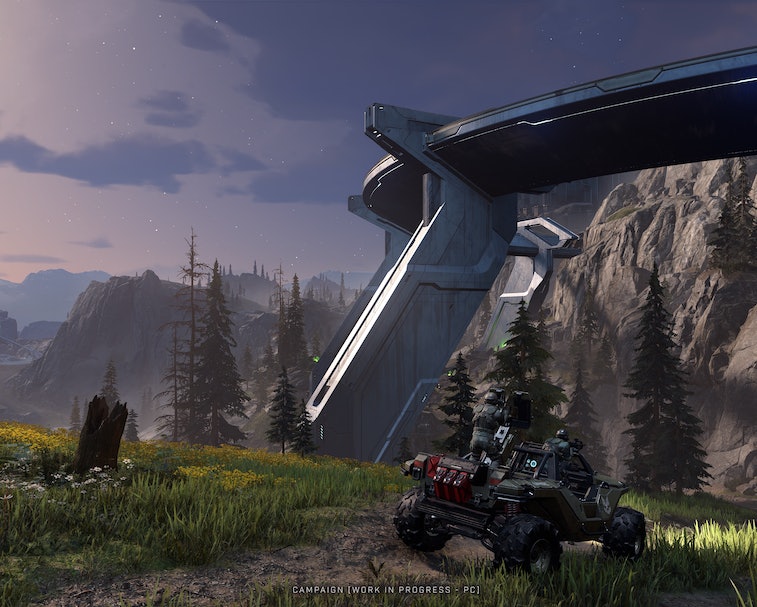 The Xbox team had plenty of announcements to make at today’s 20th-anniversary event, one in particular has us all worked up: Halo Infinite is officially available for download. As in right now. For free.

The first season of multiplayer content for the game is launching today for Windows PC, Xbox One, and Xbox Series X. It’s not the full game, by any means, but it’s far more Halo content than we expected to get our hands on before the title’s release on December 8.

Players who download and play through the first season of multiplayer content will be able to later carry over that data into the full Halo Infinite release, Xbox confirmed. That includes “Battle Pass progression, Spartan customization, and shop purchases,” according to a tweet from the Halo account.

Fans of Xbox’s flagship series — which first launched on the original Xbox’s release date twenty years ago — have been waiting a long time for Master Chief’s next foray into the fray. That day has finally arrived. Or, well, a small part of it has, at least.

Much more to come — Today’s release is just a small portion of the full Halo Infinite game. This initial download only includes the first season of the game’s multiplayer mode, called “Heroes of the Reach.”

The first multiplayer season will last until May 2022. It’ll include multiple in-game events with limited-edition rewards — like one called “Fracture: Tenrai” that will begin next week.

The single-player campaign, a Halo staple, will not be available until December 8. There’s plenty of content to come after the game’s December release, too. The cooperative campaign and sandbox-like “Forge” options are planned to release three months and six months from the game’s release date. Joseph Staten, head of creative for Halo Infinite, says those parts of the game won’t be quite ready next month.

Just a few more weeks — It’s been six years since the last main-series Halo game was released. Fans were originally told this wait would be shorter; Halo Infinite was originally scheduled to launch in November 2020 with the Series X.

With the wait nearly over, fans will be more than happy to try out the free-to-play multiplayer mode. “Heroes of the Reach” has been out in beta since September, but only Halo Insiders had the chance to play it in beta, and not even all Insiders were able to join in for that test.

A taste of next-gen Halo multiplayer should be just the thing fans need to whet their appetites ahead of Halo Infinite’s full release. A nice hype-building treat.