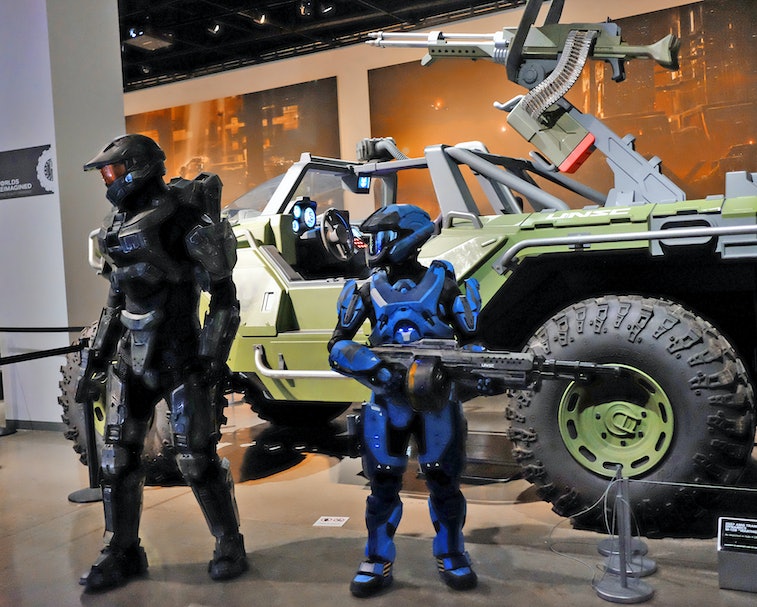 Unfortunately, we are living in an age when literally everything Elon Musk says on social media has the potential to sizably influence pop culture (not to mention the economy) at large. After the COVID-19 denying face of Tesla and SpaceX casually confessed on Twitter last weekend to being a big fan of the Halo franchise, the General Manager of Xbox Games Marketing got wind of it and is now actively pushing for a "Tesla x Halo collab," a phrase we hope we never have to type again. Essentially, Xbox is now thirstily begging Musk to help build a real-life Warthog.

Wasn't the Cybertruck bad enough? — A Warthog, for the unversed, is the name of a line of off-road sci-fi ATVs used throughout the Halo franchise. Here's a 12-minute documentary on its history, for those of you looking to kill time this Friday afternoon.

A lot of people have very fond memories of careening around multiplayer matches in Warthogs with their online friends, and maybe Musk truly can count himself among them. But that doesn't mean he needs to build one at Xbox's social media behest. Why? Because the Warthog also usually includes a giant machine gun mounted on its back, and we are sure as hell Elon will want to include a working weapon in his version because of course he would.

To our knowledge, Musk has not publicly accepted Xbox's offer, but given that this is a man who somehow manages to fall a little further up his own ass every day, we wouldn't be surprised if the "positive" social media response spurred him to throw money at the venture, if only "for the lulz." Don't think that he'd actually do it? You must not remember that limited edition "Not-A-Flamethrower" sold via his other project, The Boring Company. You know, the one that keeps showing up in police weapons seizures because it is, in fact, a flamethrower.

It's been done already — Only time will tell if the (oh God, we're typing it again) "Tesla x Halo collab" will come to fruition, but it's a pointless endeavor. Why? Because someone already did it years ago. Of course, Elon Musk wasn't the center of attention for that project, so it obviously doesn't count to him.

In short: we'll probably see a genuinely lethal Warthog from Halo doing donuts on a SpaceX launchpad with Joe Rogan behind the wheel in the near future.