“I applaud what they did with the controller... I think for all of us in the industry, we should learn from each other and the innovation that we all push on.” 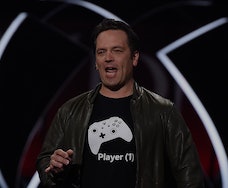 Not one to be stingy with compliments, Xbox boss Phil Spencer is here with ample praise for PlayStation 5's DualSense controller. In an interview with The Verge, Spencer spoke highly of Sony's ability to integrate haptic feedback into the controller, making video gaming a lot more realistic and even more addictive. For example, if you're playing Call of Duty: Black Ops Cold War with a DualSense controller, you can quite physically experience your virtual heartbeat shake and slow down on low health.

"I applaud what they did with the controller [...] I think for all of us in the industry, we should learn from each other and the innovation that we all push on, whether it’s distribution of business model like Game Pass, or controller tech, or the Wii back in the day, which clearly had an impact on us when we went off and did Kinect and Sony did the Move," Spencer said.

It is Sony's push to break rules and take risks that deserves applause, Spencer said. "I think all of that innovation is something that we should all be looking at and learning and growing and saying, 'Okay, what’s really going to break out and become a common part of a platform that developers and players are going to look for?'" he said. "Or, 'What is more vertical around a specific scenario on a specific piece of hardware?' We’re trying to be eyes open on that."

So you'll feel unmistakable amounts of resistance, friction, and tension during different gaming scenarios. Haptic feedback makes physical movement a lot more realistic, which means you'll feel bouncing, shoving, imbalance, ascension, and other sensations while you're playing your favorite video games. Sony also has little hints for people paying attention. The DualSense controller comes with a rough exterior, which you can run your thumb over. And if you look closer, you'll notice that Sony imprinted its signature Xs, Os, triangles, and squares all over the controller body. The 280g controller packs a lot in confined space.

Of course, there's no such thing as a perfect controller. There's a strong chance that gamers will want to switch up the faceplate. If you're one of those people looking for a makeover for the DualSense controller, this YouTuber has a guide for you. Spencer won't mind.