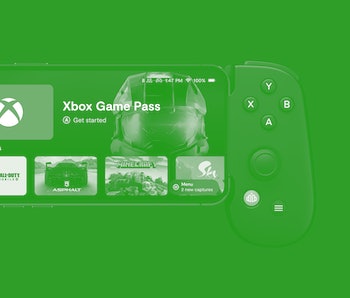 Xbox cloud gaming just got a massive upgrade. Games on Microsoft’s servers are now running on Series X hardware, while bumping up the resolution of the stream from 720p to 1080p. It’s also now available to everyone with iPhones and iPads, with any Xbox Game Pass Ultimate subscriber able to sign into the web app on iOS to stream video games to their mobile Apple devices.

But there’s more! Xbox is also partnering with Backbone, the controller Apple should have made for iPhone, to improve the cloud gaming experience on the device.

Firstly, any new purchase of a Backbone will net that buyer three months of Xbox Game Pass Ultimate for free, as long as they’re not already a subscriber. The subscription includes access to a great library of games, including any Xbox Game Studios first party title and almost every Bethesda game ever made. Going forward, new releases from the two studios will launch on Game Pass day and date with the full priced release.

With the subscription, those games can be played on both Xbox consoles and PC, but more importantly to Backbone owners, can be streamed like movies on Netflix directly to your iPhone.

On top of the included subscription is intertwined functionality with the Backbone controller itself. One of our favorite features about the device is the dedicated Backbone button. Pressing on it during a game purchased from Apple’s App Store adds that title to the Backbone library, meaning it’s incredibly easy for users to access their favorite games with the controller attached.

Unfortunately, as Xbox cloud gaming is a web app, this kind of integration is not currently possible, but the Backbone app does feature a visually rich Game Pass carousel that shows the titles available, as well as tutorials on how to get the web app set up. Hopefully the recent fervor against Apple’s walled garden means that soon, Xbox cloud gaming will just be a native app allowed on your iPhone, but this is an excellent alternative until that day comes.

The Backbone controller also has a dedicated capture button, allowing users to take screenshots or recording of their gameplay. This now also lets users tag their gameplay clips based on what service they’re a part of, whether they’re Apple Arcade or Xbox, so users and their friends are able to more easily sort through their captures. The can also be shared to social media via a simple link.

This update for Backbone also includes new integrations for native games on iOS, such as the ability to download new games, whether they’re apart of the Apple Arcade subscribtion or not, directly in the Backbone app without having to leave it.

When we reviewed the Backbone originally, it was obvious to me that the controller immensely improved the experience of gaming on an iPhone. This latest update, and the close integrations with Xbox cloud gaming, only cement that feeling further, helping merge native and streaming gaming experiences into one.