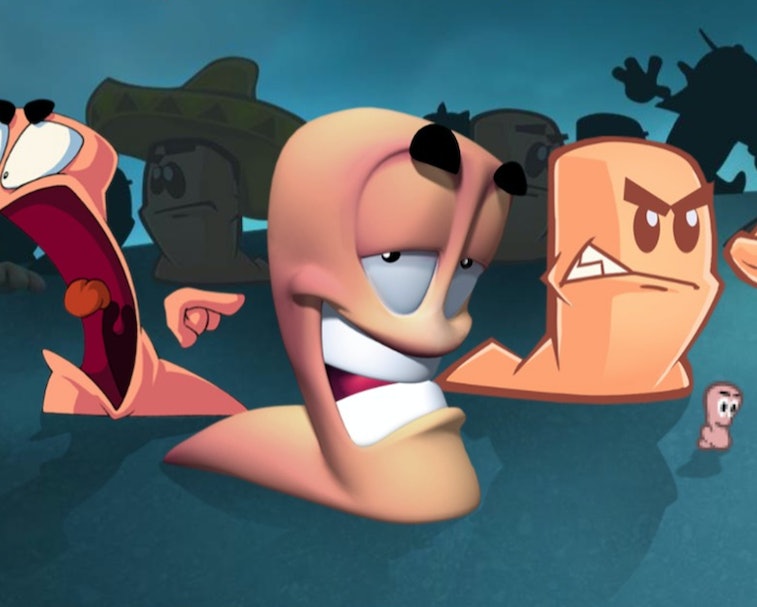 This week, Worms studio Team17 — which has recently garnered a positive reputation as a publisher of indie games — announced that it would partner with another company to produce Worms NFTs.

Just, 24 hours later, the studio decided to step back from the NFT space. Who could have seen this coming?

Unforeseen consequences — If you've been living under a rock for the past six months, you may have missed the dozens of other video game studios who decided to throw their hat into the NFT ring, only for fans to angrily throw it back. In the case of Team17, however, it was the publisher's large list of associated indie studios throwing the tomatoes.

These studios include Yooka-Laylee dev Playtonic Games, Overcooked chefs Ghost Town Games, and Going Under dev Aggro Crab — who get extra points for a name that is seemingly inspired by the iconic game show Nickelodeon Guts. (If you don't know what we're talking about, it's okay, you have Fortnite and Minecraft.)

Stem the tide — It's unclear if Team17 will be able to repair its relationship with the studios that spoke out this way, but you can't really blame the indie devs for jumping ship in this case. As for those of you who are disappointed that you can't own a limited-edition Worms NFT, there's a hot new product that might interest you. They're called Funko Pops.

Of the many developers who have followed the cursed path of NFTs, only a few have stuck with the unpopular technology. The most notable of these is Ubisoft. An executive in charge of the company's Ubisoft Quartz program recently said that gamers "don't get what a digital secondary market can bring to them." Something tells us that executive has never sold a World of Warcraft account for rent money, but oh well.