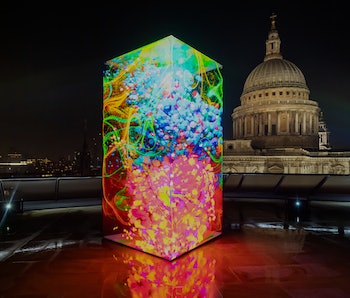 The Xbox Series X is a powerhouse so perfect some might say it’s a little boring. Perfect except for the extreme degree of difficulty you’ll have if you attempt to actually buy one, that is — and that problem isn’t going to be solved for a while.

Mike Spencer, head of investor relations at Microsoft, said in an interview with The New York Times that supply of the company’s flagship next-gen console “is likely to be constrained at least through June.” So while there are definitely still Series X consoles available at retailers around the world, there aren’t many. The squeeze is very real.

Microsoft isn’t the only one finding it difficult to keep shelves stocked with their latest consoles. Sony has faced stocking issues since before the console even launched. Supply is much, much lower than demand at the moment — which has led many consumers on what feels like a wild goose chase.

Months after their respective launches, neither Sony nor Microsoft have managed to increase their manufacturing numbers quickly enough to match market hype. And don’t expect that June date to solve all your gaming woes, either.

Great sales, beautiful sales — Consumers have been excited about this round of next-gen consoles since they were just the barest of whispers. And that hype has only grown over time, as both the Xbox Series X and the PlayStation 5 have proven themselves to be impressive gaming machines.

It’s no surprise, then, that Microsoft saw record gaming sales after the Series X’s debut. Microsoft’s hardware revenue grew 86 percent in Q4 2020, according to the company’s earnings report, and Xbox content and services revenue increased by 40 percent year-over-year. Overall the company brought in more than $5 billion in gaming revenue for the first time ever in a single quarter.

Meanwhile, Sony sold approximately 4.5 million PlayStation 5 consoles — though, Sony’s console is being sold at a loss, according to recent reports.

Good luck out there — We’re not going to wake up one day in June and suddenly find Best Buy’s shelves filled with beautiful Xbox Series X boxes. The complexities involved with manufacturing the console are just too steep. More likely: we’ll see a slow increase in stock from now through the rest of the year.

Microsoft said in November that it expected supply shortages at least through the first quarter of 2021. But now that end-of-April hope has been snuffed in favor of a later June date. This probably won’t be the last time Microsoft’s estimates get pushed. It might just be easier to wait for the forthcoming xCloud iOS app.