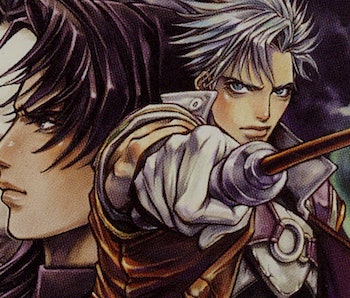 Ah, the lunch break game. It's one of the most popular ways to play video games, but also one of the most misunderstood. While almost any game with a save function can fit into a neat 30 or 45-minute session, there are certain games that are designed perfectly for that kind of experience, such as Hades and The Binding of Isaac.

But while those games tend to be quite complex — as well as flat-out difficult for newbies — my latest lunch break game is one that I wouldn't hesitate to recommend to almost anyone. It's called Vampire Survivors, and it's managed to whip and slay its way to sit among the 20 most-played games on Steam. Not bad, considering it's barely out of alpha. (It’s currently only on PC, before anyone asks, though its creator plans to bring it to other platforms eventually.)

A horrible night to have a curse — Look, I'll be honest: as a lifelong Castlevania fan, the retro aesthetics of Vampire Survivors are pandering directly to me, and it's definitely working. One of the upgraded weapons is even called Bloody Tears. But once you actually pick the game up, you'll realize that it actually has very little in common with the likes of Rondo of Blood or Aria of Sorrow. (If you're looking for that, check out Bloodstained: Curse of the Moon.)

As its name implies, Vampire Survivors is a wave-oriented survival game with a top-down perspective. You wander around an open field, trying to kill and evade the hordes of skeletons, bats, and plant monsters (???) that are out to ruin your night, using auto-fire weapons to slay them.

Most of the baddies you kill drop blue jewels that feed your XP meter. Each time you level up, you choose from an armory of Vania-inspired weapons, including such veritable classics as holy water, axes, and even the trusty King James Bible. You also get treasure throughout your run, which you can then spend after you've Game Over'd to get some permanent buffs or unlock new characters.

Deceptive complexity — While at first the game may seem a bit too simple, it gets a lot more intense after the first minute or two. The plant monsters love to box you in with a circle of highly-damaging flowers, and if you haven't been aggressive about clearing out the mobs, you'll likely be crushed by the bats here.

Past that, the monsters get a lot tankier, requiring a number of hits to kill, which means you have to be a lot more careful in your movement choices. While having a wide array of weapons is nice — particularly those that can work well both at close-range and far away — it's best to focus on leveling one or two up all the way, because you can "ascend" them into much more effective arch-weapons once you hit the upper levels.

Aggression is key — Every Vampire Survivors player will find the strategy that works for them, but I personally think that an aggressive streak is a huge key for success in the game. More dead monsters means more XP, and the faster you level up (make sure to get the "crown" items that boost your XP gain, by the way) the less you have to worry about the big boss hordes that come around the 10-minute mark.

There are also selectable characters that determine what weapon you begin with, and they all have one major perk. Personally, I really like Imelda, because her perk gives you +30 percent experience starting at level 15, which means it's much easier to continue to build good synergy well into a given run, but you might have more luck with other characters. (Though you start with four, there are a lot more that are hidden behind gameplay.)

All this? For $3? — For what it is Vampire Survivors is pretty much the whole package — and considering it only costs $3, it's well-worth your money and time. If you have any interest in roguelite survival games, it's an easy buy. If you want to try before you buy, check out the demo on Itch here.