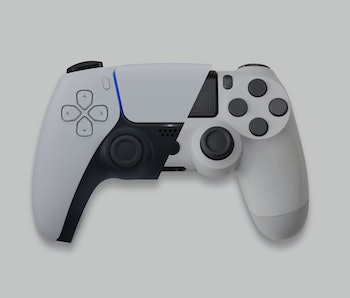 When the first rumors about the Sony PlayStation 5 started to circulate, there were murmurs that the fifth-generation console from the Japanese electronics giant would offer extensive backward compatibility. Sony never made any such promises, though, and now developer Ubisoft has put paid to the idea completely. A support page Ubisoft's website recently suggested that backward compatibility will be available for PS4 titles, but not titles from earlier consoles.

“Backward compatibility will be available for supported PlayStation 4 titles, but will not be possible for PlayStation 3, PlayStation 2, or PlayStation games,” the support page read, according to Kotaku. That sentence doesn't appear on the site as of this writing, so it looks like Ubisoft updated it following the report.

We can't say we're surprised. But if we were Microsoft, we'd be licking out lips with glee.

It's better than nothing — Backwards compatibility is great because older games will see faster load times than they would on legacy consoles. And, of course, you don't need to keep those old consoles around in order to return to your favorites. “We believe that the overwhelming majority of the 4,000+ PS4 titles will be playable on PS5,” Sony wrote in a blog post back in March.

That's at least an improvement from the PS4, which didn't offer backward compatibility at all — and it seemed intuitive that the PS5 wouldn't either. But Microsoft has said its upcoming Series X will support thousands of games across all of its previous consoles. There was hope that maybe Sony was planning on following suit, but now that seems extremely unlikely.

Backward compatibility can be difficult to achieve because the PlayStation One and PlayStation 2 used CD-ROMS, and the later consoles are incapable of reading those. You can't just stick an older game in the drive and expect it to work. Porting it to a newer console may be rudimentary technically speaking, but you have to make it available somehow, and that means hosting fees at the very least.

Sony doesn't care — It's entirely possible that there simply isn't enough demand to make it worth Sony's effort. Surely Sony has lots of data on what people are actually using their consoles for, and it might indicate that people don't play old titles as much as we 'might think. Jim Ryan, the head of Sony Interactive Entertainment, indicated as much during an interview in 2017. “When we’ve dabbled with backwards compatibility, I can say it is one of those features that is much requested, but not actually used much."

It's still possible that Sony will bring legacy titles to its PlayStation Now game streaming service. It has a lot of competition on that front from Microsoft, which envisions Xbox Game Pass Ultimate as the Netflix of gaming. Older titles are what keep people coming back to Netflix, and it could work in the same way for gaming.