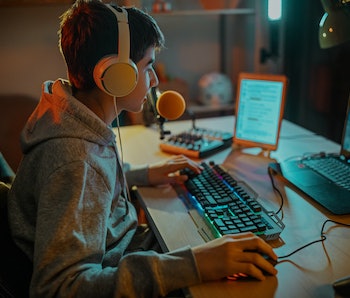 On Wednesday, Twitch published a lengthy blog post full of apologetic rhetoric over its attempts to triage this year’s waves of Digital Millennium Copyright Act (DMCA) takedown notices. The onslaught of takedowns started in May and affected thousands of streamers. The platform both acknowledged its surprise at the music industry suddenly hitting it with notices, and its failure to plan for that eventuality and help streamers contend with it. It's also promised to do better and to create tools to address the problem.

A lot to apologize for — Streaming platforms stay on the right side of the DMCA by swiftly removing content that infringes on copyright. According to Twitch, prior to May of this year, only about 50 takedowns occurred each year. Beginning in June, the Recording Industry Association of America (RIAA) unleashed a flurry of takedown notices against streamers, mainly for clips from a few years ago. In response, Twitch offered a hamfisted tool that allowed creators to delete all of their clips to avoid further strikes against their accounts and avoid losing their account altogether.

In September, Twitch announced Soundtrack, a tool to help creators use music where the rights had already been cleared. Not long after, another wave of takedowns hit to appease the music industry, but it didn’t work. Variety reported on a fiery letter from the RIAA and several other major music organizations to Twitch’s parent company Amazon. Guess what? Soundtrack doesn’t have all the proper mechanical and synch licenses to do what it claims to do, and apparently, Twitch wasn’t even playing ball with rights holders (which the company denied).

“Twitch appears to do nothing in response to the thousands of notices of music infringement that it has received nor does it currently even acknowledge that it received them, as it has done in the past,” the letter reads. In a follow-up statement to Variety, RIAA chairman and CEO Mitch Glazier said “Twitch’s neglect of the fundamental rights of musicians, songwriters, sound recording artists, and many others whose music is exploited on Twitch without due compensation stands in stark contrast to Twitch’s competitors…”

The bare minimum — Sufficiently chastised by the music industry and its own creators — many of whom find the Soundtrack feature to be an inelegant tool — Twitch released its apology a few weeks later. The blog post basically promises YouTube-style features like better mass deletion options for clips, better automatic detection of copyrighted, and the ability to review infringing content.

Twitch acknowledges that 99 percent of takedowns occur in the background of streams and encourages creators to no longer add music this way. Unfortunately, videos can receive strikes from simply passing by a store or a car playing a song, and Twitch doesn’t offer much recourse in these cases.

A reckoning — The takedown timing might point to the pandemic as a source of music industry unrest, especially as artists canceled tours and delayed albums, but tensions were already high. Amazon Music was named in at least four music copyright lawsuits in December 2019 and January of this year. The highest-profile case came from Pro Music Rights (PMR) which also went after Google, Apple, Spotify, Soundcloud, and other streamers. Notably, Facebook is absent from these legal troubles thanks to seamless licensing deals for Facebook Gaming and even music videos on artist pages.

Meanwhile, Amazon is having copyright problems from all sides thanks to Amazon Prime Video’s lax uploading policies creating a Wild West for bootlegs. The company’s disproportionate targeting from creative rights holders indicates an integral disregard for these licensing agreements. Twitch is reportedly working with music industry leaders to rectify its takedown infrastructure which, based on the future steps outlined today, will lead to the platform functioning more like YouTube.

Everything is a stop-gap — Even with the shock of Facebook having one of the strongest relationships with music publishers allowing for creator-friendly tools, this example of tech and music collaboration can’t last for long. The DMCA is a reactionary law crafted in response to the widespread piracy of the aughts. Movies, shows, and even video games have managed to enter creator posts thanks to Fair Use because the acts of analysis, reacting, and so on are transformative. The music industry is known for its rigidity and has struggled to adapt to streaming, only managing to reach its previous profitability heights last year.

Twitch has absolutely mishandled its response to the current law, but there has to be room for a future where both artists and internet creators can have their livelihoods protected without relying on the whims of corporate deals, many of them struck in a bygone era and ill-equipped to contend with contemporary circumstances. Under the current DMCA, someone’s always getting the short end of the stick.