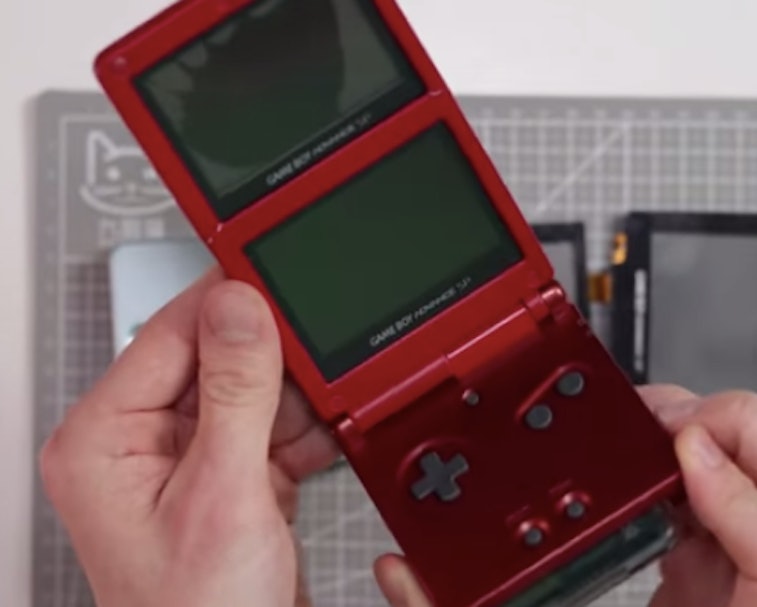 As the worldwide coronavirus quarantine trudges through, for many now into its second month, people are starting to become unhinged. Case in point: a YouTuber by the name The Retro Future gave his Game Boy Advance SP a second screen for apparently no reason at all.

You're probably thinking to yourself, surely he made it so games expand to fit both screens? A Nintendo DS-like version of the Advance SP, that would be pretty cool. But no, that's not it. The Frankenstein Game Boy mirrors the same gameplay on both screens. There's literally no practical use for attaching two screens to a Game Boy Advance SP — but hey, he did it anyway.

The clamshell design of the Advance SP doesn't even accommodate such a long screen and this YouTuber didn't bother to make the bottom controller half any longer. Look at this monstrosity:

Ask why, not how — As The Retro Future himself notes in the video, not only is there no practical purpose for this hack, but powering two displays on the same battery obviously means playtime is going to get a significant haircut. Also, you'll probably get a headache from looking at the same thing on two screens.

As the saying goes, he truly asked if it could be done, but not if it should be done.

If for some reason you want a dual-screen GameBoy Advance SP for yourself, the video includes a full tutorial. Parts you'll need include:

But please, don't do this. It's six hours of time wasted connecting one additional screen to a console. This quarantine needs to end before things get any worse.