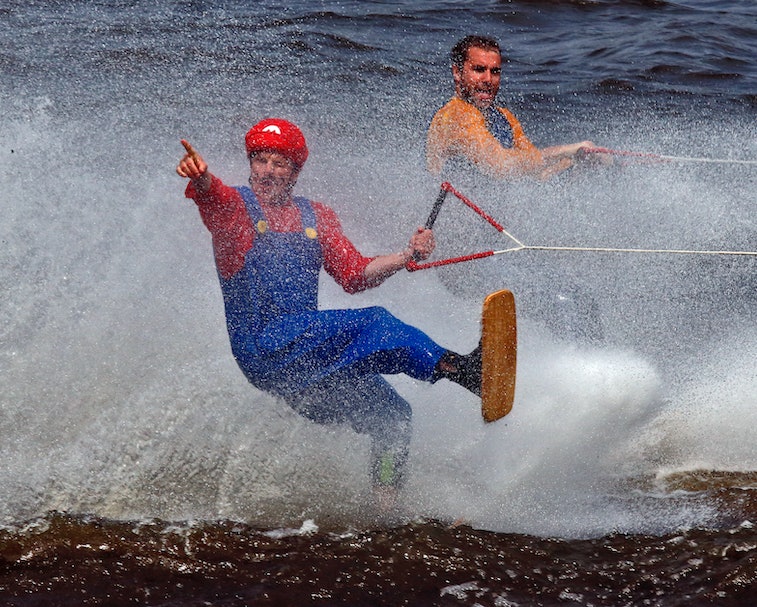 Last year, Nintendo celebrated the 35th anniversary of Super Mario Bros. by dropping a new watch and a handheld game, as well as several new games for the Switch console. But to the confusion of just about the entire gaming community, Nintendo said it would only sell the games up until March 31, 2021.

With that date fast approaching, a comedy YouTube duo which goes by the name PHAT created a parody Blade Runner trailer based on the impending Mario doomsday. Titled "Nintendo on March 31 (Blade Runner Style)", the four-minute video chronicles a cop wearing a Mario face mask as they hunt down gamers to retrieve the limited releases from them.

Nintendo giveth, Nintendo taketh — The whole video is really, really well produced and perfectly articulates the frustration with Nintendo's inexplicable decision. The company has called piracy a "worsening" problem, but when it finally offers to sell remastered versions itself, it does so only for a limited time. Anyone who buys a Switch after March 31 will be out of luck.

Granted, the Blade Runner parody takes some liberties and stretches the truth in places. In it, the Nintendo releases become unplayable as of March 31. In reality, the only game that will actually stop functioning on that date is Super Mario Bros. 35, a 35-player online version of the classic NES platformer. Anyone who buys the other releases before March 31 will still be able to play and re-download them later.

Strange, vague stance — Nintendo's explanations for the limited time sale have always been wanting, with Doug Bowser [yes, his real name], the company's American lead, saying only that the game releases were a matter of "celebration" for the 35th anniversary, implying that celebrations aren't meant to last forever. Except the logic breaks down when you consider that two of the games were released as part of the celebration, Mario Kart Live: Home Circuit and Super Mario 3D World + Bowser’s Fury, will remain available for purchase after March 31.