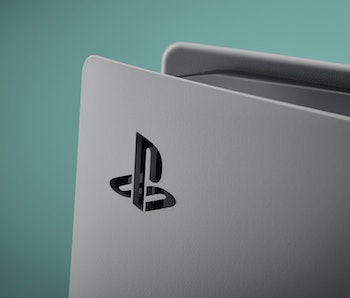 Sony is releasing a software update for the PlayStation 5 tomorrow that will finally allow gamers to expand the paltry storage on the console with an additional SSD. The company published a blog post that notes other changes, like the addition of 3D Audio support for built-in TV speakers, and some user interface improvements.

The expansion of support for additional storage is probably the most notable change in the update. The PlayStation 5 comes with around 500GB in usable storage, but with new releases coming in at over 100GB, that runs out quickly. Now players can install an M.2 SSD as large as 2TB in size and play games directly from it. Though, additional SSDs will come at a high cost, and installing one in the PS5 is notoriously hard. Sony made a four-minute video tutorial explaining how to do it.

PS5 frustration — Why Sony didn’t launch the console with support for expandable storage is anyone’s guess. The Xbox Series S/X launched with such support, and Microsoft made the installation process much easier than Sony’s. But that’s kind of emblematic of the PlayStation 5 in general — people have complained that Sony’s design choices across the console are confounding. Like how the console makes it too easy to accidentally install the PS4 version of a game instead of the more impressive PS5 version. For some reason, Sony doesn’t automatically choose the best version for gamers.

The PS5 already allowed users to install extra storage, but they could only load PS4 games.

Pandemic shortages — With 3D Audio support through TV speakers, more people will now be able to take advantage of enhanced sound mixing that manipulates the sound produced by stereo speakers, for a more theatrical-like quality.

The user interface of the PlayStation 5 has also been changed somewhat. PS5 and PS4 versions of the same game will get separate slots in your library, for instance. PlayStation Now players can also choose between 720p and 1080p when streaming games, among other changes. Sony has a full list of changes on its blog.

The silver lining for Sony is that even though its latest console was released with a bevy of issues, pandemic-related shortages mean it’s still incredibly hard to actually buy one. The company can continue pushing out fixes like these before most people are able to start playing.