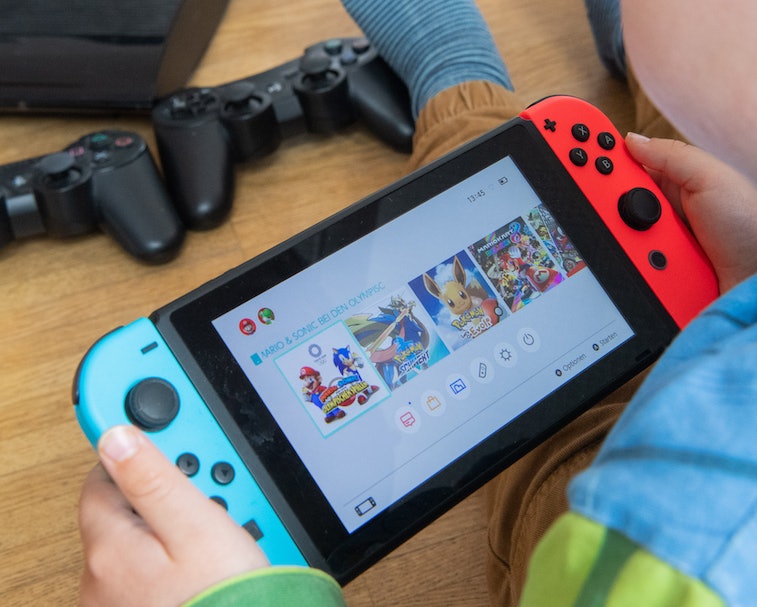 The Switch Pro may actually be on the way, with Bloomberg reporting that Nintendo will begin assembly as soon as July with a release in September or October. The upgraded Switch is said to feature a larger 7-inch display and a new Nvidia graphics chip capable of 4K output when docked to a TV.

Dated hardware — Rumors of the mid-cycle refresh have persisted for at least a year, as new consoles from Sony and Microsoft start to make even Nintendo’s biggest fans yearn for higher-quality renderings of Animal Crossing’s Tom Nook. The fact of the matter is that the Switch is a low-powered console, even when connected to a TV.

E3 is quickly approaching, and Bloomberg says that Nintendo might announce the console beforehand. The company hasn’t confirmed anything, though, so take the information with a pinch of salt.

Despite the releases of competitive new consoles, the Switch continues to sell in extremely high numbers. But mid-cycle refreshes are a strategy that the console makers have all used in the past to keep their consoles feeling fresh without launching an entirely new generation of devices. Nintendo could potentially release the new Switch console under the “Switch XL” branding, similar to the naming schemes it used for iterative versions of the DS, its best-selling handheld that saw successive releases featuring updated designs and hardware enhancements.

Nintendo’s differentiation — The Nintendo-loving community has come down on two sides about the Switch Pro. Critics say that Nintendo doesn’t need to compete on hardware with Sony and Microsoft because it has always succeeded by focusing on new and unique video game experiences. Everyone loves Nintendo for its family-friendly party games. An upgraded Switch Pro could muddy the player experience for existing gamers if titles are made exclusively for the higher-powered model.

Still, playing games like Breath of the Wild, you can feel the console reaching its limits. Higher quality graphics and smoother frame rates would certainly be nice, and there are gamers who definitely want it. But even small upgrades would be welcome — the Switch’s small screen is woefully inadequate for playing Mario Kart with a friend. And how about letting us connect Bluetooth headphones?

It’s expected that the Switch Pro will cost more than the $299 price of the standard model. Global shortages in electronics components including graphics chips have raised prices and made it difficult for companies to meet demand. But Nintendo’s console will continue to use lower-power processing units than the PlayStation 5 or Xbox Series S / X, so the company could be less affected.