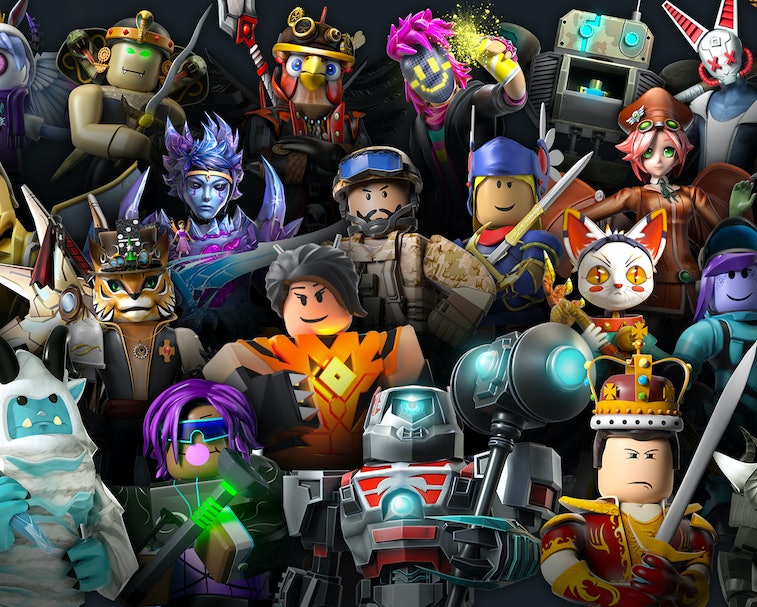 When the game Roblox first took off, it won people over for its open nature. Children could enter the Roblox-verse, create their own avatars, make their own games, and let their imaginations run wild. It was the next installment in a category of games popularized by Minecraft that was a hit with children, but also their parents, who saw the educational value in it. But as with most things on the internet, some people have decided to spoil the fun. Some users are using the platform to host digital sex parties in a game called "the condo," Fast Company reports.

With so many people staying home due to COVID-19, Roblox has been enjoying a huge spike in traffic, and many parents and educators consider it better than passive content consumption. Because of the nature of the games, the possibilities of creating one's own, and the multiplayer functionality, Roblox not only encourages creativity but also fosters collaboration, another key skill youngsters need to develop.

But the combination of children wanting to pretend to be adults, adults wanting to pretend to be children, and petulant teenagers in the middle wanting to sully a previously pretty pure thing, Roblox has some work to do, especially because almost half of the game's American users are aged 16 and under. Children as young as 5 to 9 years old entertain themselves with it. In other words, the landscape belongs to the young ones.

A very adult party — In "the condo" and other in-game creations like it boxy, Lego-esque male- and female-styled characters can be seen roaming around Roblox poolsides at penthouses in the game. Some are grinding on female characters while others issue racial slurs, hate speech, and generally teenage edgelord invectives through the chat feature. Roblox has tried cracking down on these condos whenever they are reported, but in a game with 10s of millions of users, moderation and the game of whack-a-mole that's necessary to weed out all bad actors is difficult, especially when some of them are innately familiar with the mechanics of the system, having come of age using it.

Previous exploitation — Apart from condos acting as hubs for harm and inappropriate content for young users, Roblox has had other exploitation issues. The platform recently came under attack after pro-Donald Trump trolls hacked more than 1,000 Roblox accounts to push the following message: "Ask your parents to vote for Trump this year!" Users' avatars were made to wear the Make America Great Again logo on it.

What Roblox says — The game has enjoyed over 10 million monthly users since May and has at least 150 million user accounts. Its creators and administrative figures should feel more of an urgent need to tighten security and privacy around the game. In an emailed statement to Fast Company, a Roblox safety representative said, "We have no tolerance for content or behavior that violates our community rules and work tirelessly and relentlessly to create a safe, civil and diverse community."

The statement hits the right notes, but only platform-based action will truly prove whether or not Roblox can fix this issue. A safety representative who chose to remain anonymous claimed that the problem represents "0.1 percent ... [caused by] a very small, vanishingly small minority of people on the platform." Be it 0.1 percent or more, a gaming medium for a predominantly young and vulnerable demographic can, should, and must do better.