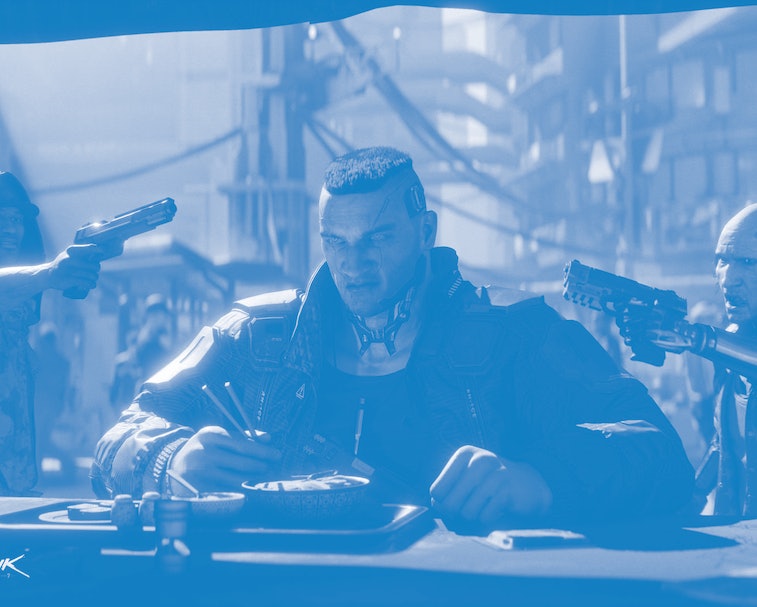 CD Projekt Red, the creator of the hype monster known as Cyberpunk 2077, is being sued by investors for the game’s horrific launch. A class-action lawsuit was filed with the District Court of Central California by just one investor, Andrew Trampe, though he is looking to add others to the suit.

The lawsuit is specifically about CD Projekt Red’s lack of communication with investors about Cyberpunk 2077’s many bugs. Which, uh, yeah — if someone is giving you money so you can develop a game, you should probably keep them in the loop when said game ends up flopping around like a fish.

Cyberpunk 2077’s launch has been spectacularly bad. Between graphics issues and glitches that make sections of the game straight-up unplayable, players have found themselves intensely disappointed by its release. The discontent grew to such an uproar last week that just about every major retailer — and the developers themselves — began offering no-questions-asked refunds.

CD Projekt Red has lost nearly $1 billion in total value since the game’s release. It's no surprise that investors are taking legal action.

Not going down without a fight — CD Projekt Red has apologized to gamers for its mess of a launch — particularly for its mismanagement of expectations. When it comes to investors, though, the developer hasn’t been quite so kind.

In a court filing late on Christmas Day, CD Projekt Red vowed it would defend itself “vigorously against any such claims,” according to a Bloomberg report on the matter. Seems like the company isn’t ready to apologize to its financial support system just yet.

But… they did know — Trampe’s lawsuit isn’t about the game being buggy so much as it’s about CD Projekt Red hiding that bugginess from investors. The lawsuit cites multiple instances where CD Projekt Red made statements — both privately, to investors, and publicly, too — that the game was ready to go.

Take, for example, this statement made by joint-CEO Adam Kiciński on an investor call just before the game’s launch:

"Of course, such a big game can't be just bug free. That's the kind of obvious, but we believe that the level will be as low as to let gamers not see them. And fortunately, some bugs extended previous were caused by some general — I would say general features and many of them are already fixed."

The reality is, as we’ve now seen, much darker. Cyberpunk 2077 is rife with bugs — ones that go far deeper than just aesthetics. And right up until launch day, CD Projekt Red kept both players and investors in the dark about just how much work still needed to be done.

So of course the company’s financial backers are angry. Refunds might help scorned players, but the process isn’t quite so simple for investors.