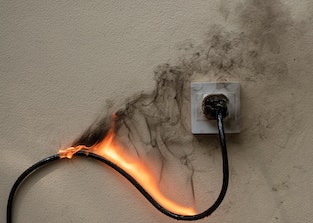 The average power used by a maxed-out PlayStation 5.

It's pretty well-known by now that the PlayStation 5 is quite the chonker console (and was almost even chonkier), but all that shelf-top real estate ain't for nothing. The PS5 is a massive gaming powerhouse, and according to some recent tests, it goes even harder than most high-end gaming laptops... by a hefty margin, no less. According to Notebook Check's recent rundown, Sony's next-gen console consistently averages higher wattages while idling and gaming than even laptops using Nvidia's current GeForce RTX 3080. That's roughly the same (if not more) video gaming power for literally thousands of dollars less.

A better deal, but still not in stock — To test out the energy consumption, Notebook Check ran The Witcher 3 on maximum settings at 1080p on laptops like Asus' TUF Dash F-15 with GeForce RTX 3070 and the Gigabyte Aero 17 with GeForce RTX 3080, while using (the surprisingly great) Astro's Playroom on a PlayStation 5. "Ideally, we would want power consumption readings when running Witcher 3 on the PS5 for a more apples-to-apples gaming load comparison," writes Notebook Check, before admitting, "Until we can actually find a console in stock ourselves, however, that data will have to wait." You and everyone else, Notebook Check.

Up to five times cheaper — Although might be difficult to get your hands on a new PlayStation 5 right now, it's probably well worth the wait for the savings. Yes, you technically can't use your PS5 on the go, but it's hard to ignore a price tag that's more than five times less expensive than any gaming laptop that approaches the console's performance power. In fact, the only laptop that technically outperformed Sony's offering was the 17.3-inch Schenker XMG Neo 17, which "can potentially draw more power at up to 259 W, but this is only when the processors are at maximum load which never occurs during gameplay."

No battery life to consider — Another one-up for the PS5 is the simple fact that, unlike a laptop, users never need to consider the device's performance versus its battery life. Generally speaking, higher performance equates to a shorter battery lifespan, so really the only thing PlayStation users need to consider is the strain on their wallets for increased energy bills. So yeah, you could drop thousands on a gaming laptop that only barely competes with the PlayStation 5, or you can use that upcoming stimulus money on the console and funnel the rest toward your electricity bill. And, if we're lucky, maybe the PS5 will be in stock again by the time those stim checks hitting our bank accounts.