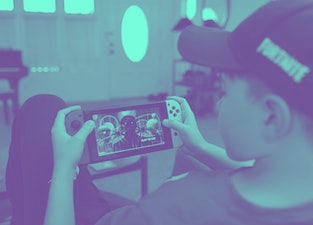 At the top of the Nintendo kingdom remains the Wii, at 101.63 million hardware sales and 921.85 million software sales. Honorable mentions include the SNES, Nintendo 64, GameCube, and Wii U.

Our theory behind the skyrocketing success — Switch's adaptability and hybrid nature is its main selling point. It has the classic appeal of a handheld console and during the beginning of the COVID-19 pandemic in March, consumers flocked to the Switch. As a result, it gave Nintendo the status of a goliath in the Chinese market and then around the world.

As Input reported in May, the Nintendo Switch has become the ultimate COVID-19 lockdown accessory. It beats boredom and loneliness by way of cult classic games like Animal Crossing: New Horizons. The game itself sold more digital copies in one month than any other console game ever. It smashed the competition, including Call of Duty: Black Ops III, Super Smash Bros. Ultimate, and Pokemon Sword and Shield.

It's a great time for Nintendo as rivals like Sony and Microsoft have yet to dampen its market glory. With the holiday season around the corner, you can expect these numbers to go higher.

A nightmare scenario would be if Nintendo ran short on the Switch. As it did before. You don't want that as a company. Back when Switch entered a shortage phase with delayed manufacturing, there were incidents of price-gouging on Amazon, of course, and it forced Nintendo to issue a public statement announcing that it would speed the development process up.