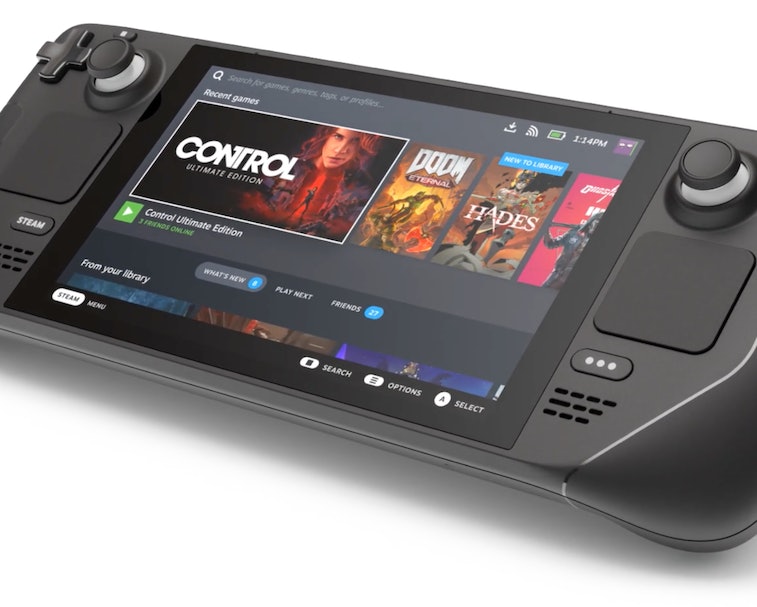 Those eagerly waiting for Valve’s hotly anticipated handheld gaming PC device, the Steam Deck, are going to have to wait at least a little bit longer before they can get their hands on it. According to an email sent out to pre-orderers this afternoon, the Steam Deck’s release has been pushed back two months to February 2022, citing “global supply chain issues.”

“Based on our updated build estimates, Steam Deck will start shipping February 2022,” reads the email, which goes on to note that this is the new start date for the queue. Everyone will keep their place in line for the device, albeit “dates will shift back accordingly.” “Reservation date estimates will be updated shortly after this announcement,” adds Valve. Check out the full email to those who pre-ordered below:

Attempted to anticipate the issues — According to Valve, the company had already done its best to anticipate and sidestep global supply chain woes plaguing economies for the past few months. Unfortunately, that apparently wasn’t enough. “While we did our best to account for the global supply chain issues (by which we mean we factored in extra time to account for these risks and worked with multiple component vendors), our manufacturing plans were still impacted,” reads the revised Steam Deck FAQ page.

Disappointing, if somewhat unsurprising — While the idea of having to wait 60 more days to get our hands on this sweet, sweet piece of handheld gaming glory is pretty depressing, it’s not exactly the most shocking of news to come from Valve. Supply chain issues are affecting virtually every conceivable industry, particularly those within the world of tech. Valve’s delays in hardware understandably would push the official release for Steam Deck back at least a little bit. The only question is if the new estimated drop date remains the same, or gets pushed back even further.