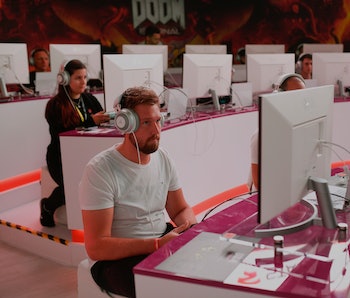 The last year has been difficult on many companies — but Google’s Stadia has had an exceptionally bad time of things, even by pandemic standards. We’ve watched with equal parts terror and amazement as the entire operation slid slowly but effortlessly from hope to despair to disarray.

Only now, nearly two years after Google first announced the initiative, are we learning the full extent of its problems. Various sources have stepped forward to detail the deep-rooted issues at work in Stadia’s offices. And, of course, it’s the cloud-based system’s players who end up with the most frustration in the fallout.

Two new reports filed at the end of last week — one from Wired and another from Bloomberg — speak to issues at Stadia that really run the gamut, from poor planning to an unusual business model to widespread tech issues. Stadia was marketed to be a console-killer, but Google fumbled the bag to such an extent that it only ended up killing itself.

Overhyped and messy — Google fought hard and fast to put Stadia’s mission in the minds of the masses. From the system’s first announcement in March 2019 to its release at the end of that same year, Google hyped up the system’s many impressive features: the ability to play online with hundreds of people without lag; top-notch livestreaming to platforms like Twitch and YouTube; a full-fledged achievement system; family-friendly features; native Chromecast Ultra support. By November 2019 we knew Google had oversold itself; just a week before launch, a Reddit AMA confirmed that almost none of these much-hyped features would actually be available on day one.

Wired’s latest report confirms that consumers weren’t alone in feeling Stadia wasn’t ready come November. Stadia employees said they thought the system still needed more testing and that, really, the technology “still felt like a beta” when it launched. Bloomberg’s report states this overhyping as a main issue with Stadia’s rollout as well.

Game development for Stadia was somehow even less scucessful. Two sources said it would’ve taken three to five years for Stadia to really create polished games to meet the hype — instead the company had barely hired any first-party developers at all by launch. And then, just as they were getting started with the real work of creating games for a system unlike any other, Google fired all Stadia developers.

Does Stadia still have a future? — Stadia has thus far been what some might call an unmitigated disaster. It’s a passable attempt at a gaming system with very little personality. But still the non-console fights on. There are plenty of games available to stream through Stadia, and some even run surprisingly well. If you’re not looking to buy a console like the Xbox Series X or the PlayStation 5, it’s an inexpensive way to play next-gen games.

Without its long-promised first-party game development, it’s going to be very difficult for Stadia to find solid footing in a market vastly dominated by Sony, Microsoft, and Nintendo. We might be holding a funeral for it at the Google Graveyard sooner rather than later.