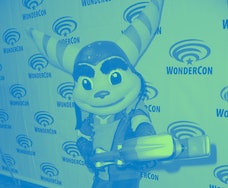 Sony is introducing a new loyalty program called Playstation Stars that will reward players with PSN credit and digital collectibles. The company would also like to make it abundantly clear that the move has nothing to do with non-fungible tokens (NFTs).

Here it is from Grace Chen, Sony’s vice president of network advertising, loyalty, and licensed merchandise, who spoke to The Washington Post:

I certainly see where someone might get confused, given Ubisoft’s gung-ho attitude towards shoehorning NFTs into their games, and Sony’s decision to combine the terms “ultra rare” and “digital collectible” at all. For now, the company’s just offering cool digital figurines and relics from its past — think the trophy room in Astro’s Playroom — rather than anything that might pay for a lifetime supply of V-Bucks down the road.

Rewards — The rest of the program should be familiar to anyone who’s used Microsoft Rewards or Nintendo Gold Points. There are log-in bonuses for just playing a game once a month, and more involved ways to earn loyalty points like requiring you to “win tournaments, earn specific trophies, or even be the first player to platinum a blockbuster title in your local time zone.”

Loyalty points can be traded in for PSN credit and used to unlock specific items on the PlayStation Store. And if you’re a PlayStation Plus member, you’ll automatically earn loyalty points for your purchases.

Changing tide — Based on Sony’s response, it seems like the tune has officially changed on NFTs. If long-time fans revolting agains Neopets getting into blockchain tech wasn’t enough to prove the point, a Sony executive having to emphatically assure the press that it’s not doing any of that NFT nonsense should.

There will probably always be outliers like Axie Infinity to exploit people, but moving forward, at least in communities where fans are sensitive to the obviously bad sides of the “web3 movement,” using NFTs will either be abandoned or rebranded.