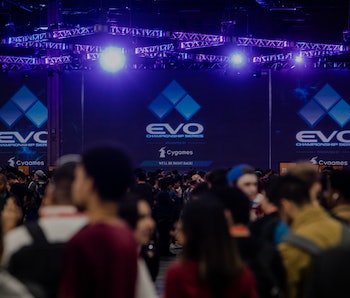 Sony PlayStation announced this week that it has acquired Evo, the world’s largest annual fighting game tournament. The company will operate the events through a joint partnership with RTS, a new company backed by major investors.

Long history — Held annually in Las Vegas, Evo has been running its competitions since 1996, making it one of the oldest esports events in the world. Gamers pit off in a series of titles including Street Fighter and Tekken, and qualifiers are open to anyone who thinks they have what it takes to rise to the top. The first events used arcade cabinets before moving to consoles in 2004 — a move that was controversial at the time to purists who saw cabinets as a sacred tradition.

According to Sony, this year’s event will be called Evo Online and will be hosted fully online, running between August 6-8 and 13-15. Entry is free, and players will be able to compete in Tekken 7, Street Fighter V: Champion Edition, Mortal Kombat 11 Ultimate, and Guilty Gear -Strive-. More details are set to be announced soon on Evo’s website.

Console wars — E-sports have grown in popularity massively in recent years, with sponsors pitching in to create prize pools that easily reach millions of dollars. Some gamers are so skilled that they’ve managed to make full careers out of competing in esports series’. For Sony, owning one of the largest competitive series’ allows it to maintain and grow the fighting game genre on its own PlayStation consoles as it competes with Microsoft in the next-generation console rollout.

It will also be able to better manage Evo, which has faced controversy in the past year over sexual misconduct allegations against its co-founder Joey Cuellar, who was forced to step down from his position. Along with other industries, the esports world has faced a reckoning over inequalities and abuse. Sony in its announcement said it endorses Evo’s commitment to creating a safe and inclusive environment for players. “As a collective team, we’ll work closely together to ensure future Evo events are safe and welcoming for the entire community.”