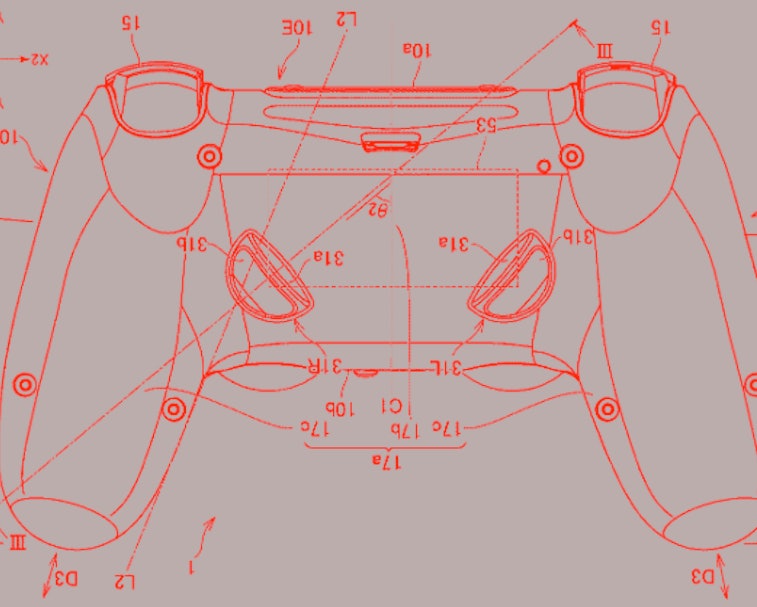 Sony has patented a PlayStation controller which largely stays true to its classic controller design, but features two new triggers on the back. The triggers appear to be programmable to perform the functions of other buttons in case you don’t like the current layout.

Theories abound — Sony recently announced a new attachment for the DualShock 4 called the Back Button Attachment that offers two customizable triggers on the back. Polygon theorizes that this new patent applies to the PlayStation 5’s controller and that the attachment may be intended to make older controllers compatible with the upcoming console. Or maybe this patent is for an updated version of DualShock 4 with the attachment built right in? Who knows!

There already exist some controllers on the market that offer customizable triggers, like Microsoft’s Xbox Elite Controller and SCUF’s critically acclaimed line of PlayStation controllers.

Either way, the next controller should be good — Sony has confirmed that the next iteration of the DualShock controller will offer improvements for gamers like more sophisticated rumble and longer battery life, thanks to the elimination of the light bar. It will (thankfully) charge via USB-C, eliminating the awful micro-USB port of the DualShock 4.

Then again, Sony may never do anything with this new patent filing. Remember the Boomerang?