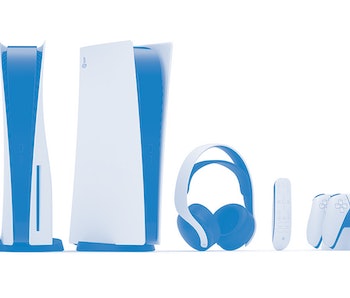 Sony’s next-gen console, the PlayStation 5, is still very much under wraps (except, of course, that design). What we do know, though: it’s not going to be easy to procure one.

Sony is reportedly producing about four million fewer PS5s than it originally intended, according to a new report from Bloomberg. That cut is mostly due to production snags related to the console’s custom-designed chipset, people familiar with the matter say.

The console wars are off to an auspicious start. Between the low-priced Xbox Series S and Microsoft’s almost unbelievably good financing packages, Sony seems to be falling very much behind. Is there any room left for the PS5 to catch up?

Unstable — The manufacturing problems at Sony are reportedly linked to the PlayStation 5’s custom chip — the very piece of hardware that should allow the console to run next-gen games with breakneck speed and graphic capabilities.

According to Bloomberg, the manufacturing of these chips has not been going well at all. Yields from manufacturing have been as low as 50 percent — meaning half the chips produced weren’t working well enough to be put to use in a console. That number has reportedly gotten better, but yields haven’t yet reached a “stable level.”

Not a complete surprise — We’ve been aware of Sony’s production issues since early this year; the company has been fairly open about how the console’s intense specs have been touchy to manufacture. When Sony finally announced pre-orders for the PS5 last month, it was with the caveat that placing a pre-order doesn’t mean you’ll actually receive one.

Problems with chip production will likely inflate the cost of the console to both consumers and Sony. Analysts figure the flagship PS5 will be about the same price as the Xbox Series X at $499, but it’s not looking like Sony will be able to compete with the Series S’s aggressive $299 price point. Sony will be relying heavily on its impressive lineup of launch exclusives to bring customers rolling in.

Meanwhile, Nintendo is also preparing some sort of upgraded Switch console with 4K output so as to not be left out of the next-gen console wars. That console probably won't be available until some time next year, analysts suggest.

Tomorrow is Sony’s online-only PS5 showcase, where the company is set to announce details of the console’s pricing and availability. We’ll cross our fingers for some good news there.