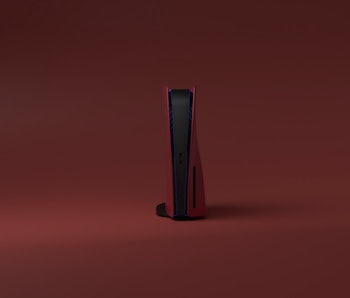 With the release of the PlayStation 5 nigh on the horizon, Sony isn’t pulling any punches when it comes to ensuring a smooth, profitable launch. Hence the recent Sony-sponsored takedown of PlateStation5.com, a company producing custom PS5 faceplates. VideoGamesChronicle reports that the company believed its business wouldn’t violate Sony’s pending patents — but apparently Sony didn’t agree with that assessment.

“After only a day of our website being live, Sony’s lawyers asked us to change our name (at the time PlateStation5), due to trademark infringements,” the company said. “We thought this switch would be enough to keep everyone happy, and honestly were hoping so since we were already underway with our product development.”

Sony didn’t stop there, though: the tech and media company told PlateStation5.com — which is now called CustomizeMyPlates.com — that it would need to cancel every one of its pre-orders, too. And that selling and distributing PS5 faceplates in any country would end up sending the company to court.

Time for a pivot — It isn’t exactly surprising that Sony squashed this company swiftly. The PlayStation 5 is set to be Sony’s most important product launch since in seven years — of course it doesn’t want anything getting in the way of its big day. And going for a company name that plays so obviously on the name of Sony’s console line is brash, to say the least.

CustomizeMyPlates.com is now selling “armored” skins for both the PS5 console and for the DualSense controller. It should be easier to get away with that kind of third-party customization. Hopefully Sony doesn’t take offense this time.

Just in case — As of right now, Sony hasn’t announced any custom faceplates or otherwise colored console options for the PlayStation 5; the console will be an all-white enormity for launch day. That could eventually change, though, and in fact we’ve already seen rumors of an all-black version of the console.

It’s very possible Sony is hedging on eventually releasing custom faceplates of its own. The sides of the PS5 are made to be easily removed — it would be effortless for users to slide on custom plates.

When the PlayStation 5 arrives at your doorstep next week it’ll be in all its white, monstrous glory. Don’t expect to change those faceplates any time soon. You’ll have to go for a vinyl skin if the console’s out-of-the-box look doesn’t fit your aesthetic sensibilities.