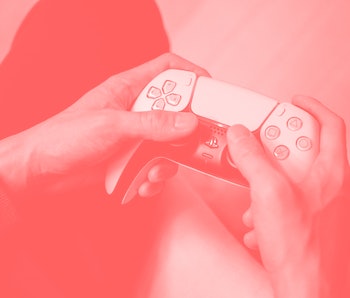 Sony appears to be in a land grab with Microsoft to scoop up the game development studios behind the industry’s most popular console franchises. Today the company announced that it has acquired Finnish studio, Housemarque, maker of games including Super Stardust and more recently Returnal, a critically acclaimed exclusive for the PlayStation 5.

More to come — Housemarque is notable as the oldest active game development studio in Finland, founded back in 1995. The company has released 20 games — its first for a Sony console being Super Stardust HD for the PlayStation 3 back in 2007.

It’s not clear whether future titles will be exclusive to Sony’s platforms, but given the release of Returnal, it seems more likely than not.

When Sony announced the acquisition on Twitter, tweets suggest its Japanese account initially posted an image that announced Bluepoint as the acquisition — the development house behind Demon’s Souls and remasters of other popular titles. The tweet was quickly removed, but suggests that news of an additional purchase may be on the way. This would make sense, as Bluepoint is currently rumored to be working on a remaster of Metal Gear Solid for the PS5.

The acquisitions come after Microsoft recently bought Fallout developer Bethesda for a whopping $7.5 billion. The company for, its part, said that future titles could be released on both its Xbox consoles as well as Sony’s PlayStation, but that the games would be better on Xbox (natch).

Exclusivity — For Sony and Microsoft, scooping up popular developers and making their franchises exclusive can help shore up their competitive positions. It’s much harder to sell gamers on buying your console when the best titles are available elsewhere. Developers can also be more stable cushioned under a parent company with better financials.

There’s also just more profit potential when a console maker owns its library of games and doesn’t need to pay an outside studio any revenue split.

Sony and Microsoft are similarly moving towards subscription-based models for gaming, with the idea being that gamers will pay a modest monthly fee for access to a plethora of games. Like services such as Netflix and Disney+, the idea is that individual gamers might pay less for more but, if many new gamers emerge as a consequence of this strategy, that could mean Sony and Microsoft stand to make a lot more than they do now.